Concept of Design Pattern in Software development has been systematically presented for the first time in book "Design Patterns - Elements of Reusable Object-Oriented Software" published in 1994. Four authors of this book, Erich Gamma, Richard Helm, Ralph Johnson and John Vlissides are known nowadays as Gang of Four (GOF). They presented in this book 23 design patterns which are classified in three categories: Creational, Structural and Behavioral patterns.

Below is a graph I coded in d3 yesterday demonstrating classification of these patterns in GOF's book: 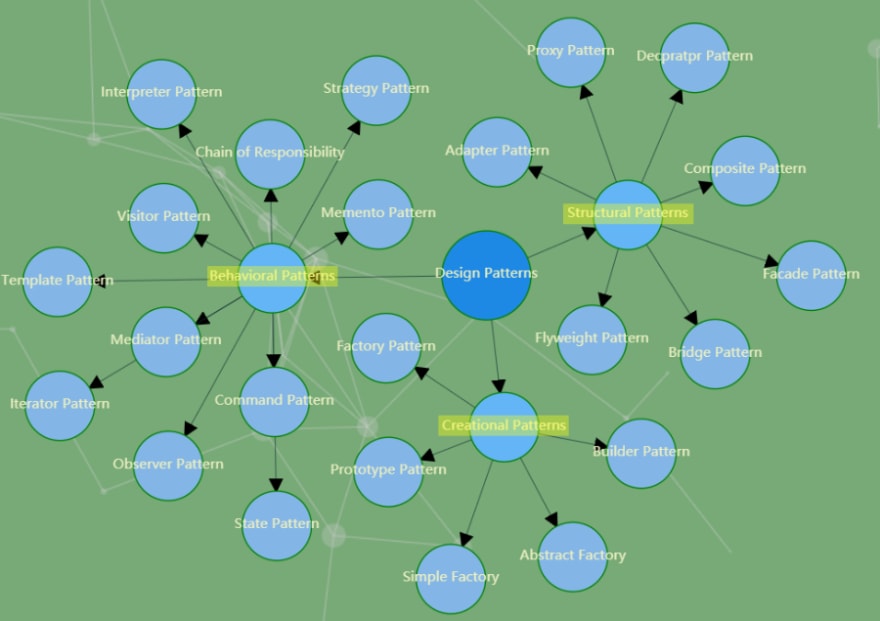 If someone is interested in an animation of this graph, refer to these pages: web version and app version

Creational Patterns provide a way to create objects while hiding the creation logic, rather than instantiating objects directly using new operator. This gives program more flexibility in deciding which objects need to be created for a given use case.
Patterns included in this category are: 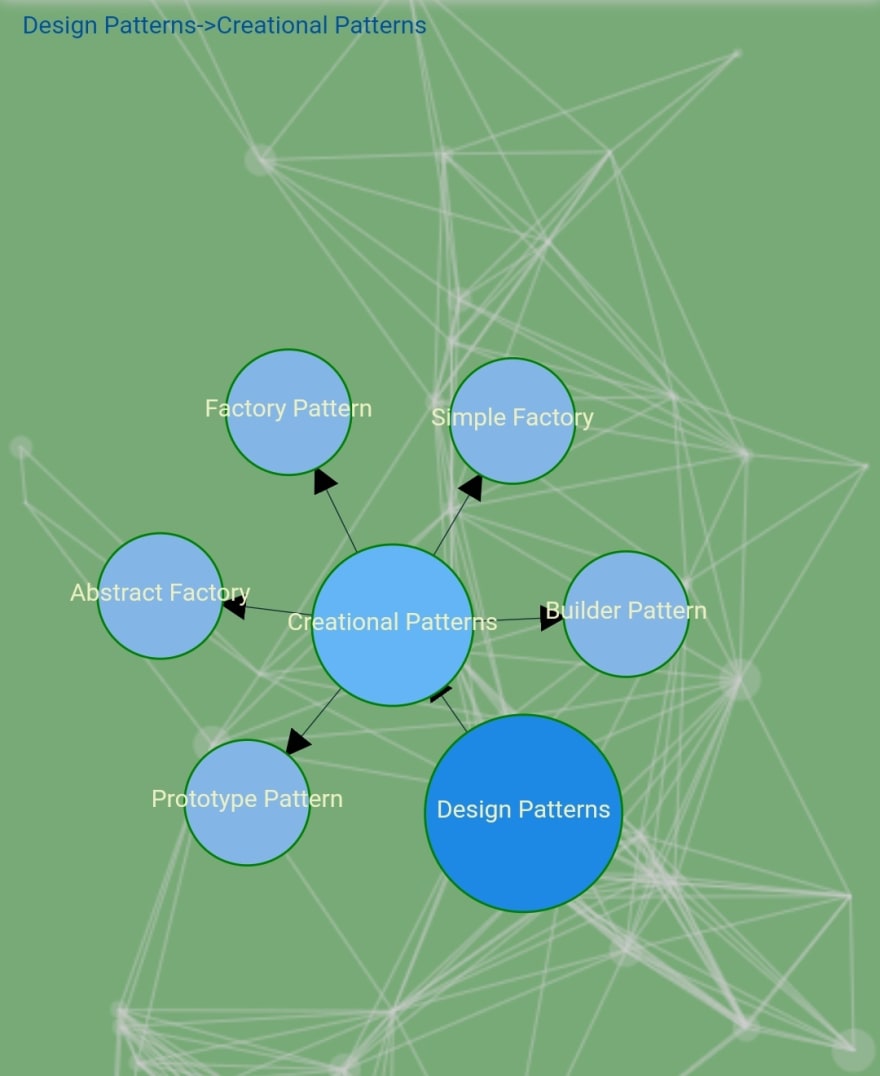 Structural Patterns concern class and object composition. Concept of inheritance is used to compose interfaces and define ways to compose objects to obtain new functionalities.
Patterns included in this category are: 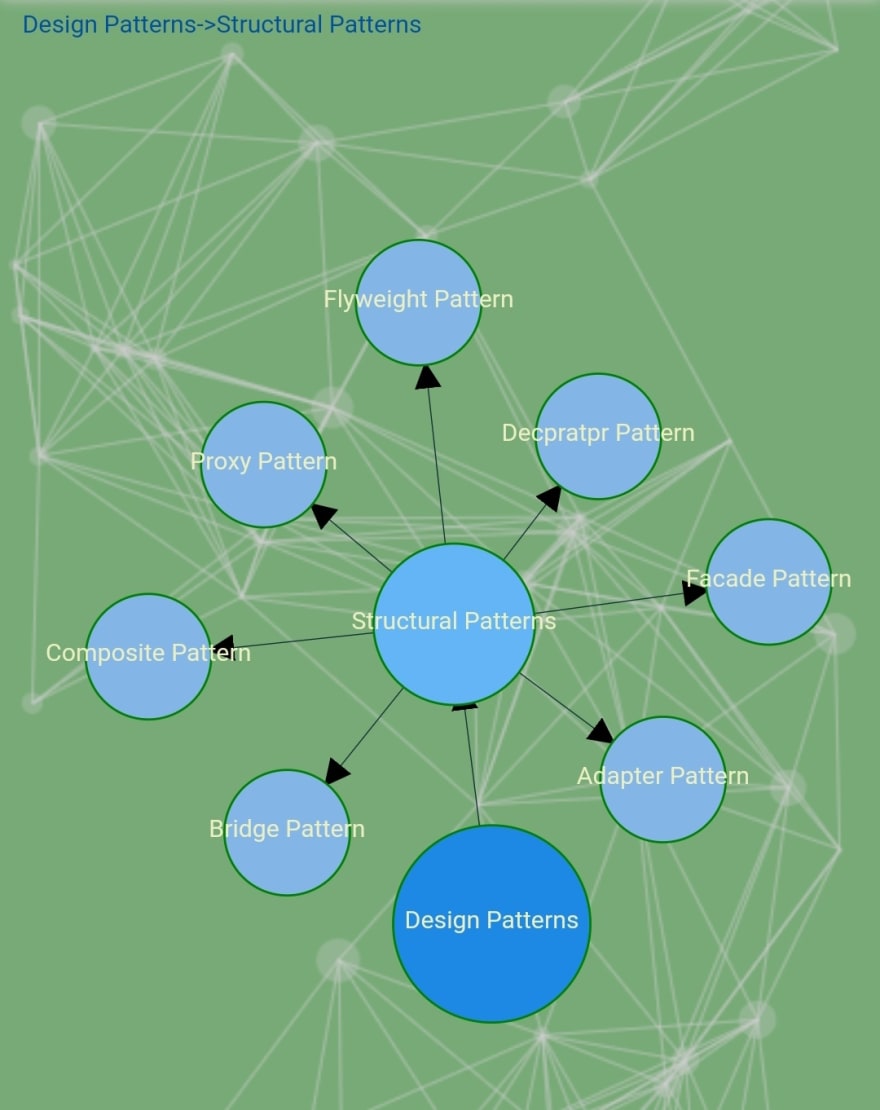 Behavioral Patterns are specifically concerned with communication between objects.

Patterns included in this category are: 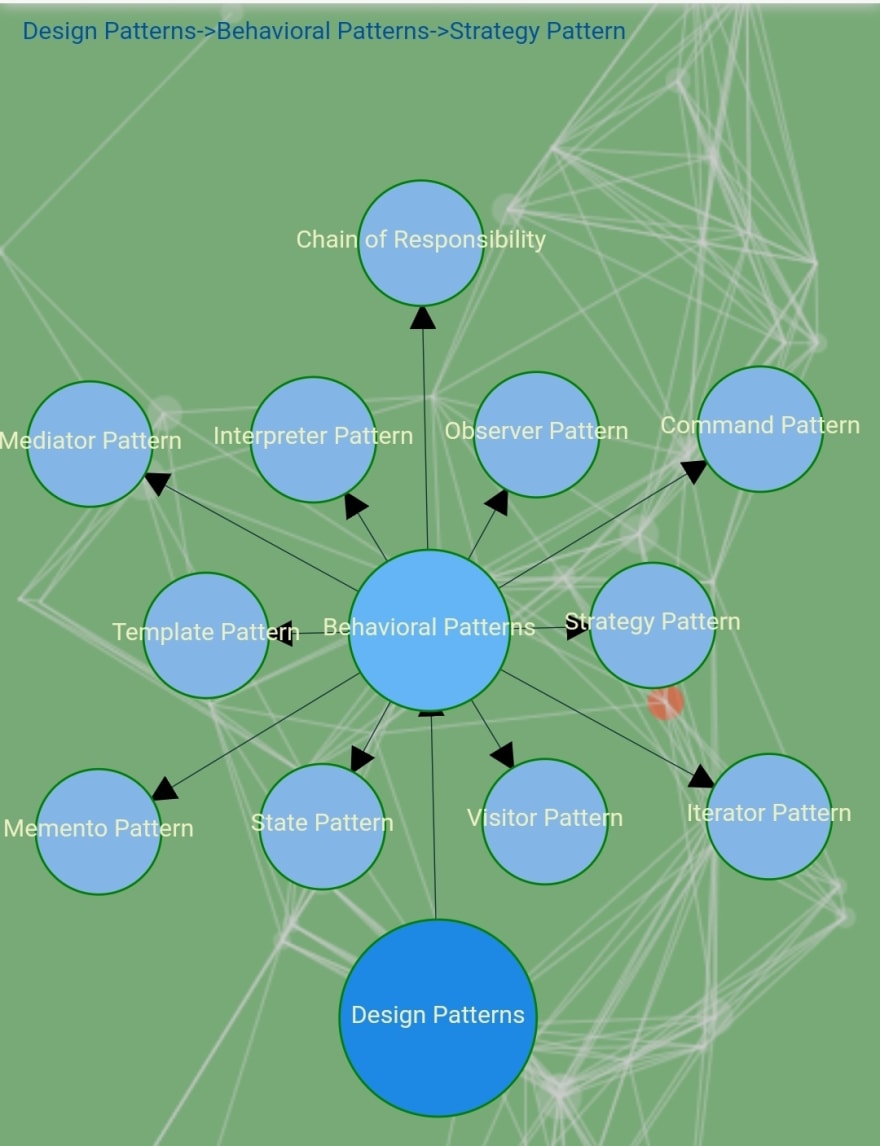 How I Created the Logo for My New Project for Only $16.50