Today I completed my lesson on CSS Grid. I was following a tutorial on a newsgrid website.

This time, I decided to watch the videos first and go back and attempt it myself. I normally code along but I felt that I was not taking in what was going on as much as I could. When I code along, I feel like I am only trying to complete it quick. Whereas, if I watch the video first, I understand better what I am doing.

I always type out the code instead of copying and pasting and one of the things that tends to happen is that I make a typo and suddenly something doesn't work. There is always a moment where I panic and think "OMG, I am copying this and I still can't get it". Then I go back and follow the logic to see where it breaks.

This happened again earlier. I was doing a grid that had 3 columns and each cell had a combination of text and image or just text. I could see the rows but I could not see the second and third columns. I was looking into the Developer tools on Chrome and Mozilla and could see that the grid-template-columns was applied. I then started looking at the result on the screen and noticed that the images were larger than they should be. I looked back in the CSS file and I had made a typo when setting the width. The images were still in their current sizes and pushing the other columns.

One of the biggest things that I learned with this project is the concept of containers. As we work with Flexbox and Grid, we need to understand the relationship between the container and the child items. I will research and write something regarding container and how to use them in HTML.

This is the result of one of the pages of the project. 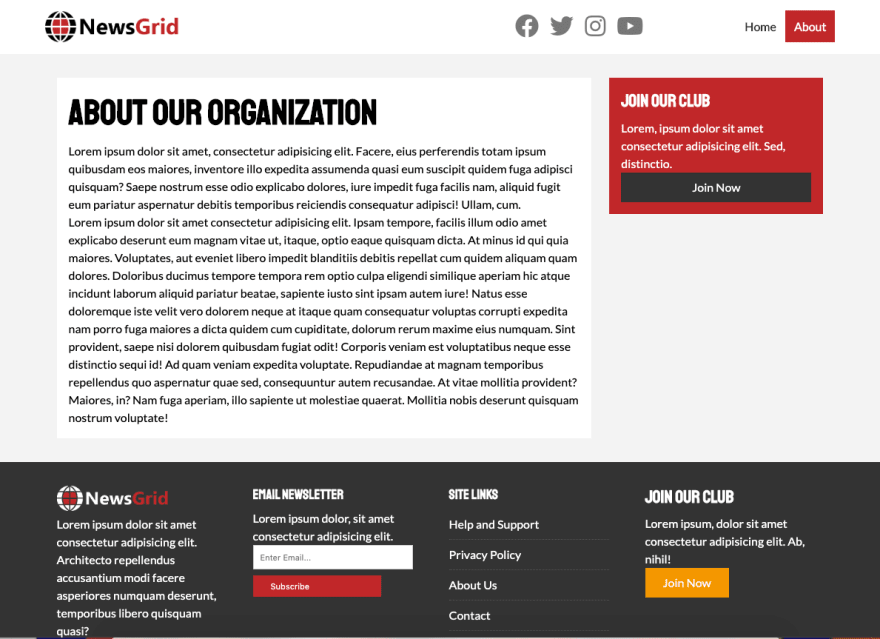 Tomorrow I will attempt to do one on my own.

On the next one!

Once suspended, jojonwanderlust will not be able to comment or publish posts until their suspension is removed.

Once unsuspended, jojonwanderlust will be able to comment and publish posts again.

Once unpublished, all posts by jojonwanderlust will become hidden and only accessible to themselves.

If jojonwanderlust is not suspended, they can still re-publish their posts from their dashboard.

Once unpublished, this post will become invisible to the public and only accessible to Joëlle.

Thanks for keeping DEV Community 👩‍💻👨‍💻 safe. Here is what you can do to flag jojonwanderlust:

Unflagging jojonwanderlust will restore default visibility to their posts.