Backstory: I own a company called 8fold Productivity. 2018 was a year of really coming to grips with things. We had scaled up to 7 practitioners but our stated principles and practices were a bit slack and not followed. Not in a crazy Judge Judy way but it did result in basically scaling back to 2 practitioners as everyone was asked to really reflect on their relationship with 8fold. 2019 is proving to be, essentially, a reset year. Scaled the online presence to basically static websites, canceled renewals on a bunch of domains, and just overall belt tightening in the realm of operations. I also started working on the platform again.

Pertinent story: I'm doing what I consider to be odd implementations of concepts being done in other ways. I'm also really experimenting with this concept 8fold has in its branding guidelines: We celebrate the individual and cater to the most constrained.

So, we're taking a UX concept from the accessibility movement and applying it to other concepts.

For example, don't have a page with 100+ links in a single grouping, not just because it's bad SEO but because people with cognitive issues may not be able to hold that many things in their head at one time; heck, last I heard the average person does okay with about 7. 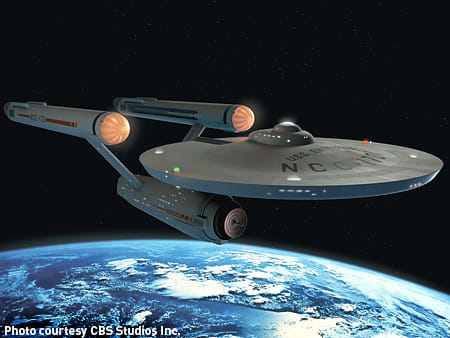 Anyhow, been working on the platform code and applying that same constraint to an extreme. Put together a quick video about using the SplitView from macOS to create a setup that's beyond serviceable. I was reflecting on that further.

One of the things I wish I would have mentioned was customization of environments and cognitive load in collaborative environments.

Whenever I go into an environment I can never know what to expect. Everyone has their own way of working, which can make it very difficult for an outsider to come in and offer assistance. I remember asking someone once for some help in setting something on the iMac I had at the office.

He asked, "Do you mind if I install some things?"

He went into Terminal. Typed about 20 curl requests from memory, and had to look another one up, stating, "I don't use that one a lot."

None of them had to do with me actually doing what I needed to do, it just made him more comfortable in my vanilla world.

Once he finished, he scribbled something down on a piece of paper, a Terminal command to "use when needed." He went on to say, "But you should really check out that other stuff I installed, it's all really good stuff and should cut hours on your day."

"Is it executed from Terminal?"

"I'm not sure how that can be true given that my average day consists of no Terminal whatsoever."

I've also walked over to help people and I'm looking at their IDE going, "WTF? Margaret." It turns into almost straight pair programming as I have no idea how they got their IDE to look like that, and have no clue how to get it back (like adjusting the most complicated driver's seat in someone else's car).

I end up saying things like, "Open this file." Then watch as they do some type of keyboard shortcut voodoo they have embedded in their muscle memory and the file appears like David Copperfield doing an NBC special.

Meanwhile I'm thinking, is that really faster or more efficient than not hiding the file navigator and just clicking on the file?

I do think some people do it for the pageantry because when they're bringing their hands back to rest on the keyboard and mouse they make the lead guitar chord change face, complete with head nod and the hand model wave as if to say, "Look what I just did. I opened a file." (Not everyone, but they're out there and you know who you are.)

When I'm doing digital organizing it's the same way. I'll ask people where they keep their action lists. Nobody uses Reminders even though it's right there and does exactly what you need it to. No judgment, I love hearing about all the tools ever, it just fascinates me how many problems we solve by grabbing a different tool despite having the tool right there. When you customize your world, remember to leave enough normalcy to allow other people to live in it.

Don't, worry, the video isn't an advertisement for Vim, I promise.

Divide and Conquer! An approach to software engineering project management.

Find the IP address of your WSL instance

Data Migration from Monolith to Microservice in Django

Josh Bruce
Self-taught. Self-driven. Self-ish?? I tend to work from the human down, not from the metal up.
Why your GitHub profile should stand out?
#github #beginners #career
Music Monday — What are you listening to? (Rock Edition 🤘)
#watercooler #music #discuss
What is your favorite way to learn?
#discuss

Once suspended, joshbruce will not be able to comment or publish posts until their suspension is removed.

Once unsuspended, joshbruce will be able to comment and publish posts again.

Once unpublished, all posts by joshbruce will become hidden and only accessible to themselves.

If joshbruce is not suspended, they can still re-publish their posts from their dashboard.

Once unpublished, this post will become invisible to the public and only accessible to Josh Bruce.

Thanks for keeping DEV Community 👩‍💻👨‍💻 safe. Here is what you can do to flag joshbruce:

Unflagging joshbruce will restore default visibility to their posts.