In my decade in the tech industry, I have never met a person who has experienced imposter syndrome who was terrible at their vocation.

As a side-note confession, I have, many times in my career -- especially during times of transition -- I, too, have experienced, like most, the pangs of imposter syndrome with one's work and abilities.

Imposter Syndrome, is the self-doubt in one's abilities to be able to succeed in what you or others have entrusted in you to accomplish.

That is what is like the first few times you feel it.

I want to offer an alternative view: Imposter Syndrome, to me, is the acute awareness of the higher abilities of others for which I have yet to acquire and of which I do aspire. This awareness presents itself to many as the sensation of the deep contrast between the ability we see in others and the inadequacy we see in ourselves.

How does one see the brighter side of this, or overcome it?

As I said at the start, I have never met a person who has experienced imposter syndrome and who was terrible at their job.

To feel imposter syndrome, to be aware of one's own inadequacy requires a reasonable amount of intelligence to know that one is actually inadequate at that thing.

In psychology, I learned of the Dunning Kruger effect, a cognitive bias that showed that one who is lesser adept at something would estimate their ability in that thing. In contrast, someone of considerable skill would be more likely aware of their inadequacy in it.

"The fundamental cause of the trouble in the modern world today is that the stupid are cocksure while the intelligent are full of doubt."

René Descartes, most famously known for his mathematical work on the cartesian plane, also answered a very philosophical question of how one could be sure of their own existence; he said: "Je pense, donc je suis" (I think; therefore I am).

A final quote of wiser men to drive this idea further; John Cleese briefly explaining the Dunning Kruger effect (with his incredible wit to accompany it): 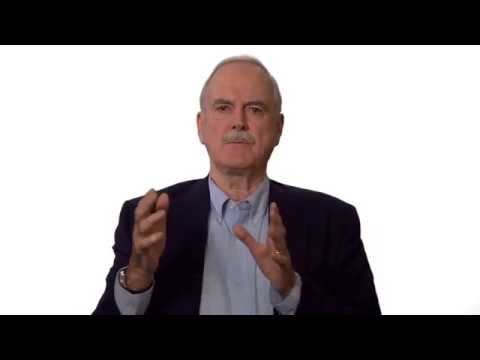 John Cleese on Competency and the Dunning Kruger Effect.

This perspective of Imposter Syndrome that I have been presenting so far also gives way to realizing that experiencing this very uncomfortable feeling is part and symbol of one's own progress and development.

You need to have reached a level of understanding that is enough to bring yourself to the awareness of all that is still for you to know; this awareness only comes to those who know enough and which is unavailable do entirely those who know far less.

A change in perspective to accelerate growth

The knowledge of the above and from studying and learning from those much wiser than I am has allowed me to identify a few traits that these more intelligent mentors of mine have, which once I adopted has elementary but profoundly changed my life.

When presented with a problem, a new one, one which I do not yet clearly see the solution, instead of ruminating in my insufficiency, and giving in to my self-doubt, I am now excited. I understand this to be an opportunity of growth, learning, and improvement, for once I solve this new problem, I will forever have gained from reaching its solution.

You either succeed, or you learn:

You will also learn to let go of failure; you will either succeed, or you will learn. Failure exists only for those who do not learn.

Energy is a resource that you kind either spend feeling inadequate or spend in becoming adequate.

Most go through the first then improve; why not skip straight to your betterment.

What are your thoughts?

The post The bright side of imposter syndrome. appeared first on Leo Gopal.

We don't have to use Enums on TypeScript? 【Discussion】

Are you a Mac, Windows or Linux user?

Leo Gopal
I write code and poetry; sometimes they are the same.
The happy dev community: A value-driven manifesto.
#devlife #community #culture #discuss
Life @ Codeable – You can be happy at work.
#devlife #challenge