Let's simplify the use of Promises?

Particularly, when I started with the concept of Promises when I learned how to code, I saw a lot of online materials and tutorials that explained Promises in a very confusing way, then I decided to write a simple text explaining it in a very practical way. Of course, if you need to understand 'Promises Under the Hood' this article is not for you. If you need to understand Promises in a short period of time to make a solution, this is for you.

Basically, Promises were made to create better asynchronous callback functions in Javascript, to make the code better organized. To grasp the concept think like it literally means that we are making a promise in real life. For example:

For that promise, I can do two things:

In code, it's the very same thing. Ok, so let's see this. 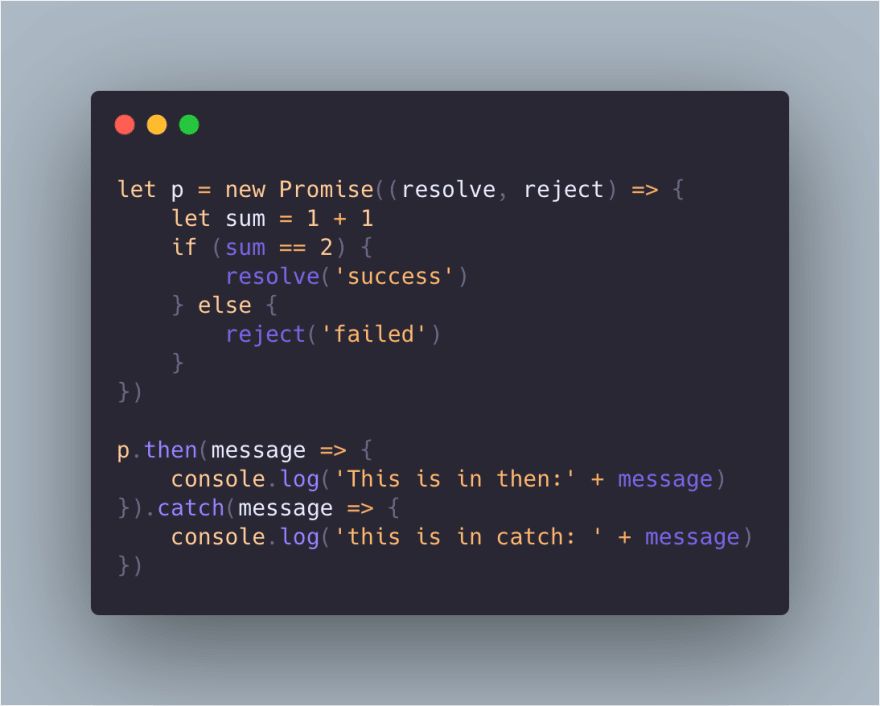 The output for this script is: This is in then: success 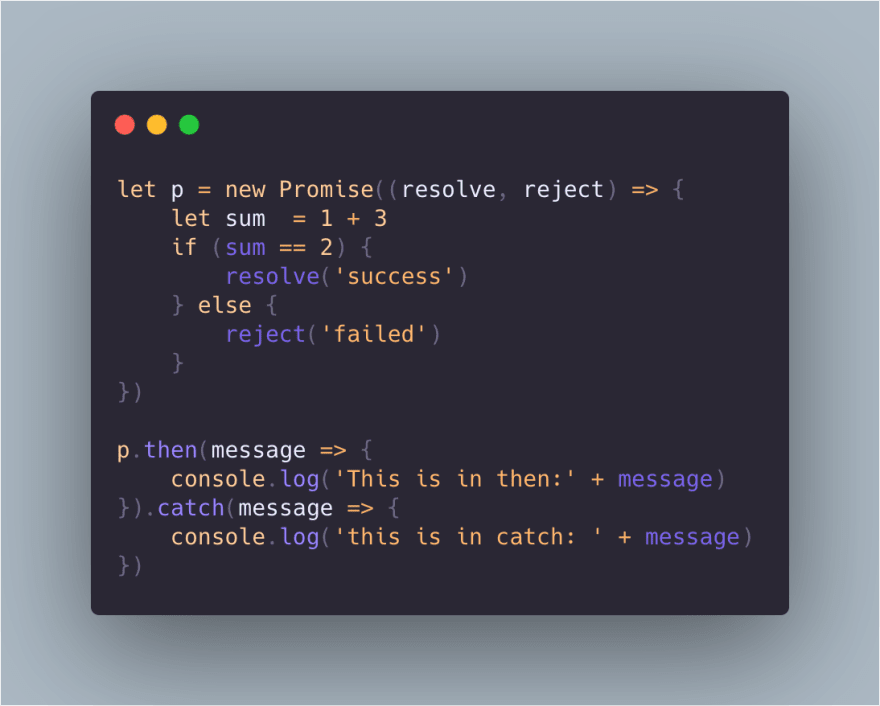 The output for this script is: This is in catch: failed. 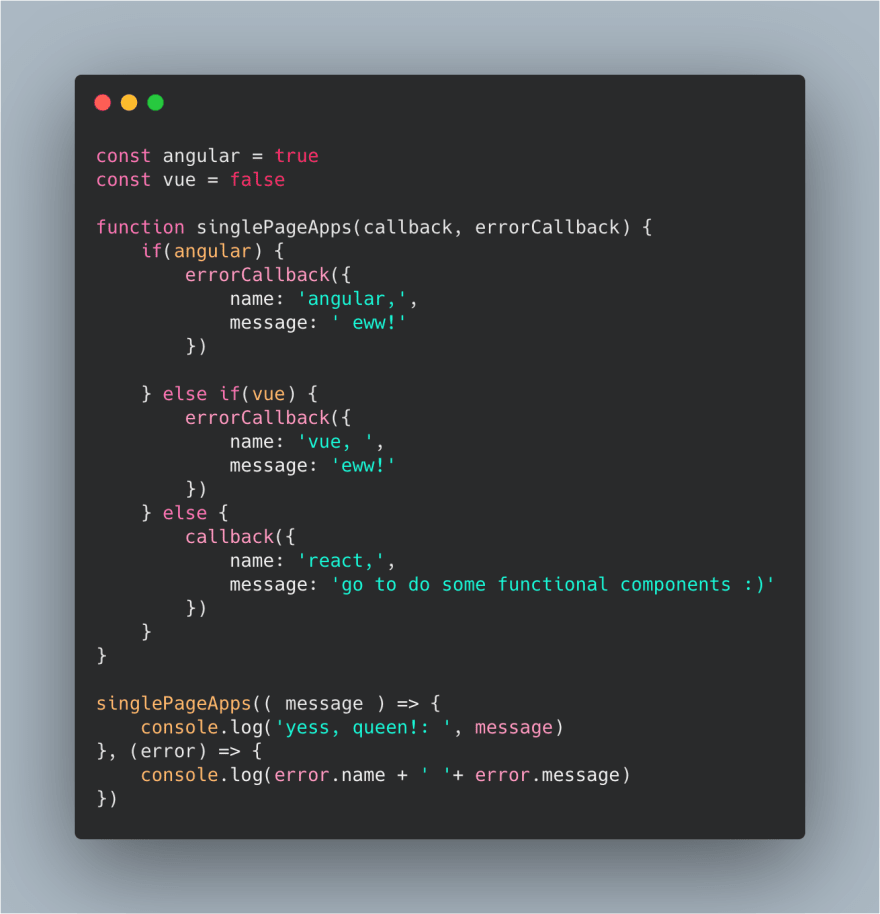 This code sees if you're using Angular or Vue, if one of those is true, it calls a callback function which sends an alert with a title and a message. 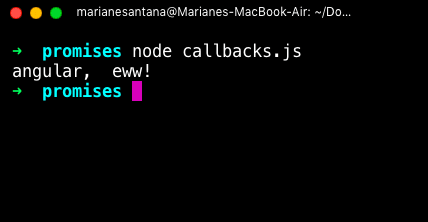 Now let's change this to a Promise and make this code better.

First, we create a function that instantiates a Promise, passing our parameters resolve and reject. Then, we write the code that we want to be in that Promise, in my case, I want to ensure that developers are using the React lib. So I make the validation and dispatch the action that I want to execute when the promise resolves and when the promise rejects. Like this: 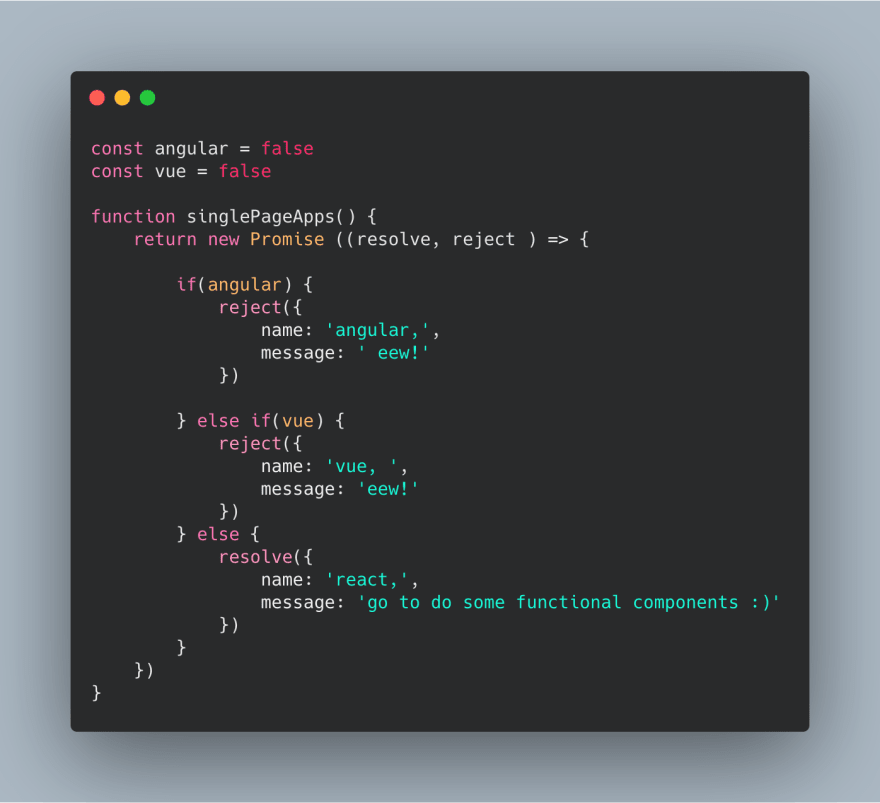 After that, I write the then function calling my Promise and I can do whatever I want in that block. When that Promise is completed, I want to log a message in my console both when I have a resolution or rejection. In the THEN block is the code that runs when my promise is Resolved, and in the CATCH block, the one which runs when my promise is rejected.

Also, we can make simultaneous Promises using Promise.ALL when we need to make two or more Promises at the same time. 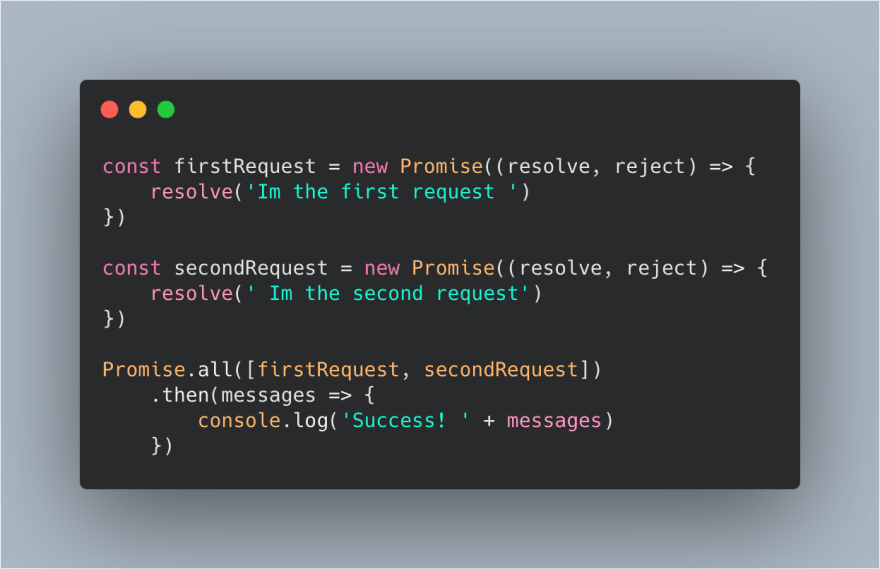 The output is going to be

Or use Promise.RACE if we need to get the result of the first Promise that executes and ignore the upcoming promises. 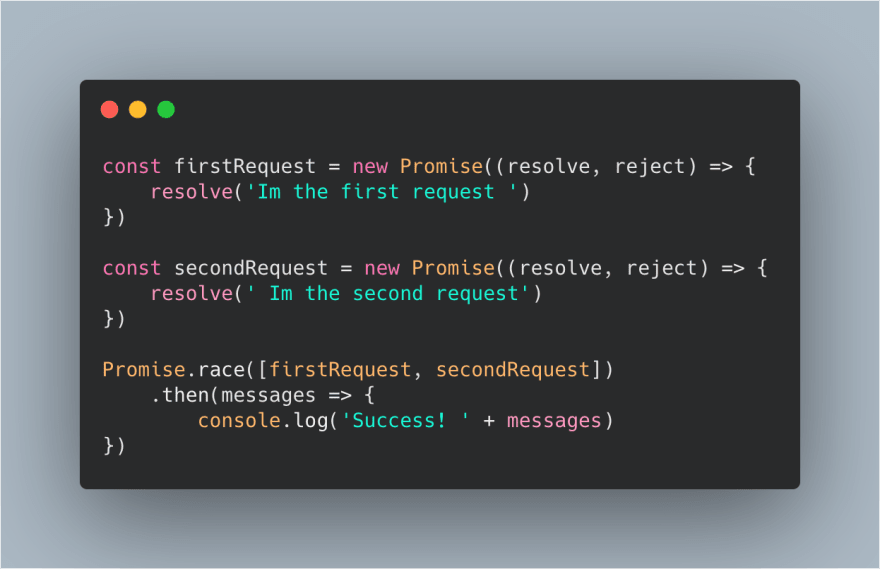 The output is going to be

And I guess that's it!