Ok so you have an awesome and badass application that you built with Masonite. Maybe its a SaaS or the next Instagram. Before you start cutting your checks, you’ll need to deploy it somewhere.

Heroku makes for an excellent deployment system for Masonite because Heroku’s CLI tool makes it simple to communicate with you Heroku application and deploying WSGI apps to Heroku is dead simple.

Masonite is just a WSGI application. This means that most tutorials from Heroku about WSGI deployments can be follows closely and still work well with only minor adjustments.

A few things to note

Heroku is an interesting deployment platform. Heroku is what is called an “ephemeral” system. This means that randomly, every few hours or every few days, the entire application is wiped and put somewhere else on the internal Heroku infrastructure.

With all this in mind let’s explain what needs to be done that is Masonite specific.

All drivers are set up correctly for an ephemeral system out of the box so you shouldn't need to worry about this unless you have changed it during development.

Heroku has this concept of a Procfile which is just a file that explains how Heroku should deploy our application.

We will just just create a simple Procfile in the root of our directory structure where wsgi.py is located: 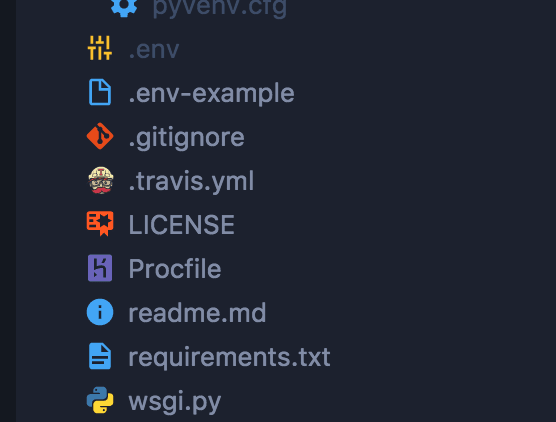 We are going to be using Gunicorn to deploy our WSGI application so inside this Procfile should be a simple line of text:

It might be useful to specify the number of workers, though:

Once that is done we can submit that to source control.

We’ll need to now specify Gunicorn in our requirements.txt file.

We should also peg these versions to a specific version to prevent Heroku from upgrading our dependencies:

If you are deploying an application WITHOUT a database then everything above should be fine for you. You can deploy your application now (via the next section on deploying).

If you are deploying an application that does need a database then I suggest you use Heroku’s Postgres database. It has a very generous free plan to just get your application up and running and you can also upgrade to a larger database later.

This is Heroku specific so you can follow their documentation on their site here on how to get a Postgres database deployed: Heroku Postgres | Heroku Dev Center

Now that your application is setup for Heroku, we can now deploy your application! This is also Heroku specific so read the documentation here: Deploying with Git | Heroku Dev Center

It would e too redundant to copy and paste the instruction here so be sure to give that a read.

Ok this section is important! Since we can’t add environment variables to the system itself (again, because of Heroku) so we will need to add them all to the dashboard inside Heroku.

Again, if you are not deploying with a database then you really only need a KEY environment variable.

You should generate a new key for production only but feel free to use the key inside your .env file if you want them to be the same:

This will generate a new key:

We can add that to our Config Vars as a KEY like so:

If you are running a database then you will need to break that DATABASE_URL Config Var into separate environment variables that Masonite uses.

Heroku generates a big string called a DATABASE_URL that looks like this:

If we break it down it looks more like this:

So broken down again we would need to add these as Config Vars:

We’ll also need to add our driver we are using:

Your final Config Vars will look something like this: 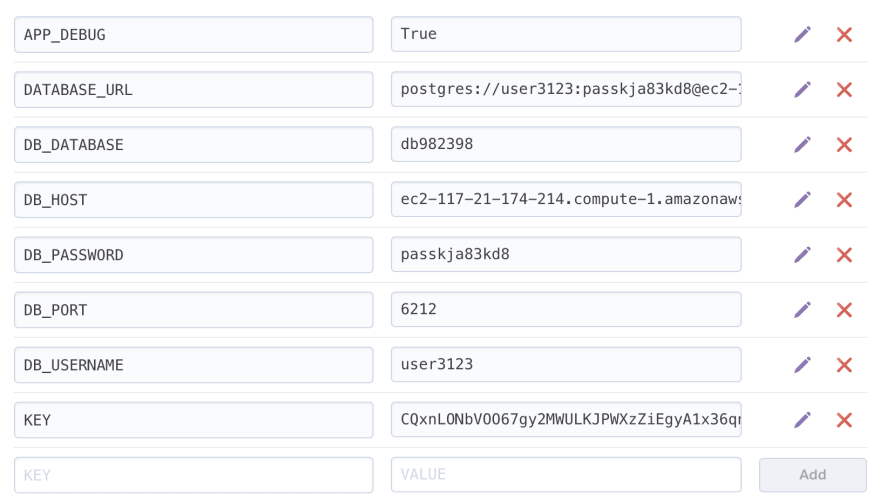 Congratulations! You now have an awesome Masonite application ready to deploy!