I believe the best way to learn programming is to program. But it may be hard to know what to program. Because I have more app ideas than time and energy for executing them, I decided to share some of the ideas here.

They were initially conceived as iOS apps but there is nothing stopping you creating them for Android :-)

There are tons of converters out there but that does not mean you cannot build another one that will stand out. I originally got this idea while doing Daily UI challenge which was to build interesting calculator if I remember correctly.

With this app, user could enter weight in kilograms for example and the app would show how much is that in elephants or lions or any other of your favorite animals. I wanted to include T-rex at first but there isn’t reliable data on its weight. 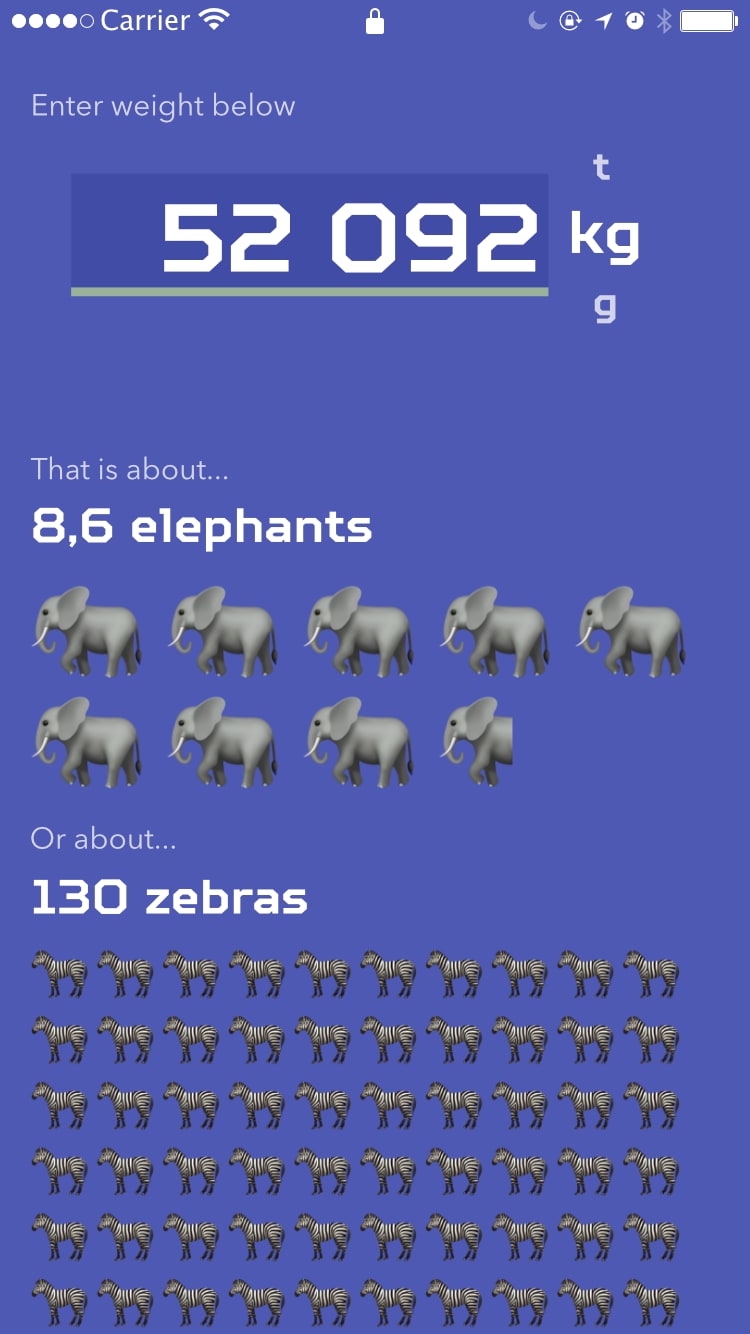 Instead of finding suitable animal pictures you can use emoji with appropriate font size.

Some chat apps do this automatically and some don’t. For users with constrained mobile data limits (or people travelling and using roaming) this could help a lot. You would select image/picture in phone’s gallery, it would open in this small app, users could select how much to compress and then “forward” the result to the chat app of their choice.

Ideal project if you want to explore sharing, working with extensions and not having to spend a lot of time doing UI.

For people who travel a lot. You would define your types of trips and specify what items to pack for each one. For simplicity bigger trips could easily include items from smaller trips to avoid duplication.

When preparing for a trip, the app would automatically create to-do list with all the items specified for current trip.

Main benefit is that users won’t have to create to-do lists over and over again for each trip.

I have public repo on GitHub with those and other ideas. And I am trying to add new ones on at least monthly basis.

How much does it cost to develop an app like Tinder?

How to Define Flutter Theme

Once suspended, nemecek_f will not be able to comment or publish posts until their suspension is removed.

Once unsuspended, nemecek_f will be able to comment and publish posts again.

Once unpublished, all posts by nemecek_f will become hidden and only accessible to themselves.

If nemecek_f is not suspended, they can still re-publish their posts from their dashboard.