Compromises are great. When it comes to technology, having your cake and eating it too is better.

The machine I normally use for development broke.
The Windows Subsystem for Linux version 2 just came out, so I decided to set up another machine with that. When all was said and done, it was nothing short of awesome. I just booted a full-stack application that uses docker from an Oh My ZSH terminal window inside of VSCode. It booted faster than it ever had natively on Windows. I'm using Windows 10 Home, that means the hyper-V virtualization technology normally isn't available. But WSL2 lets you take advantage of it anyway (if your hardware supports it).

This post describes the steps I went through to set that up.

As of writing, WSL2 is available in the latest release of the insider preview.
If it's not installed, doing so is fairly straightforward.

As of writing, you will have to choose the fast ring of updates when prompted.

After a minor test of your patience and a few reboots. A watermark that displays the version you just installed is visible in the lower right corner of your desktop.

WSL and WSL2 use some features that aren't activated by default, so enabling those is necessary.

This is possible through a GUI, by going to "turn Windows features on or off" or through an elevated Powershell prompt. 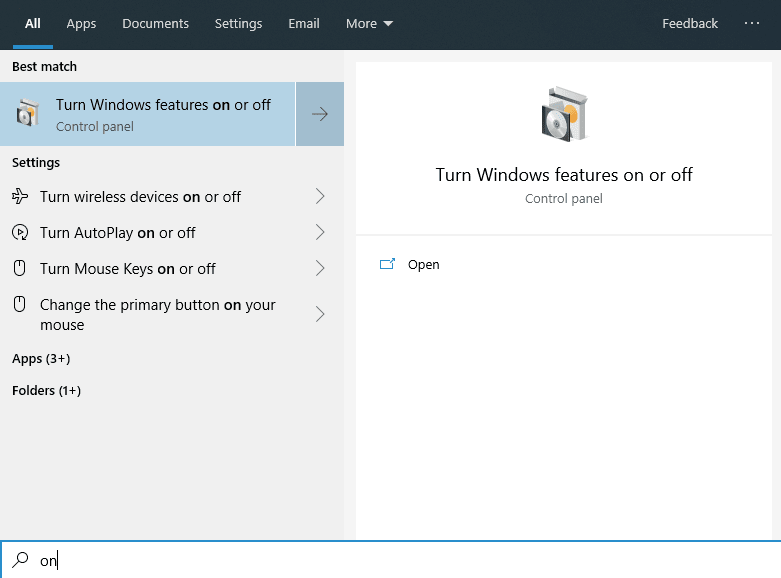 To use WSL, enable the aptly named "Windows Subsystem for Linux" feature. 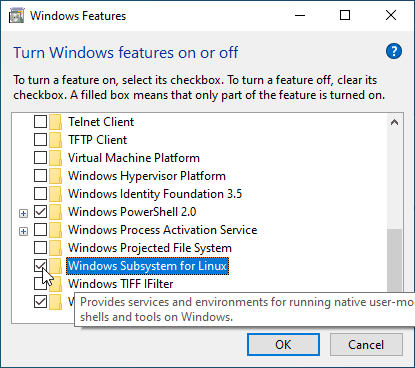 Regardless of the option you chose, a reboot is required.

That was enough for WSL1.
To use WSL2, first make sure virtualization is enabled in your BIOS.

WSL2 uses the hyper-V technology. That technology is normally only available on Windows 10 pro, but Windows 10 home can also use it for WSL2.

Enabling virtualization in the BIOS looks different for most motherboard brands.

On my MSI board the option was called "Virtualization Technology" and was hidden in the overclocking settings.

Next: enabling another optional feature in Windows!

Same story here, either use the GUI or an elevated Powershell window.

The option to enable is called the "virtual machine platform". 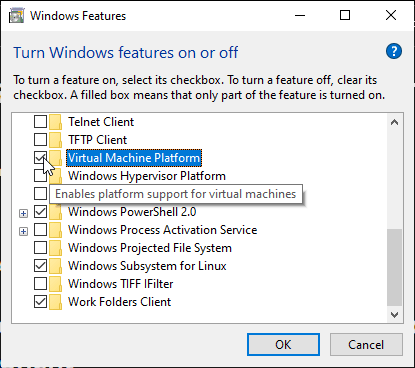 Once that reboot is done, you can go to the Microsoft store and install your favourite Linux distribution. I went with Ubuntu, because a lot of install instructions and other documentation are written for that distro. 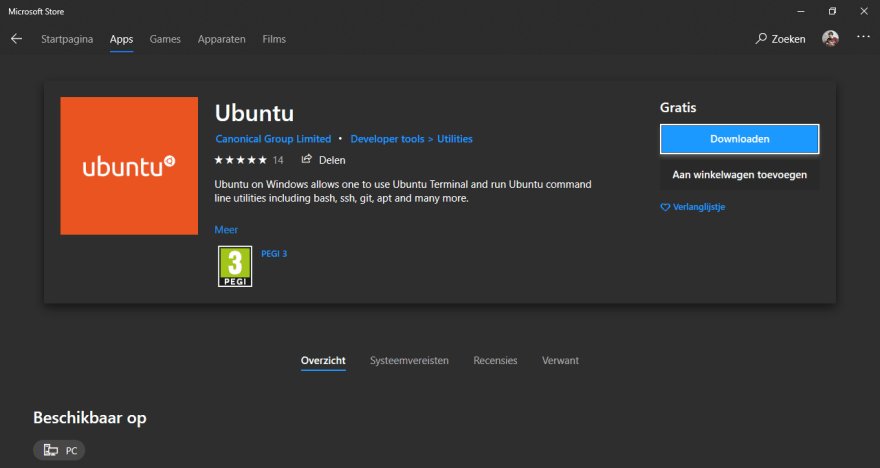 On the first boot of the distro you just installed (which presents itself as a terminal window), you'll be asked to enter a password for when you want to do stuff as a super user (sudo).

To check which version of WSL is installed you can run a command in Powershell.

If the number for the version is 2, all systems go!

The output will tell you that this operation might take a while.

It's not one of those that says that only to finish 5 seconds later. It took about 10 minutes here.

At this point, WSL2 is ready to go.

Opening the distro you installed will show a bash prompt.

Windows Subsystem for Linux 2 comes with a real Linux kernel.

Previously there was a kernel compatibility layer that could not do quite as much.

In the words of a certain wooden puppet, it is now a real boy. 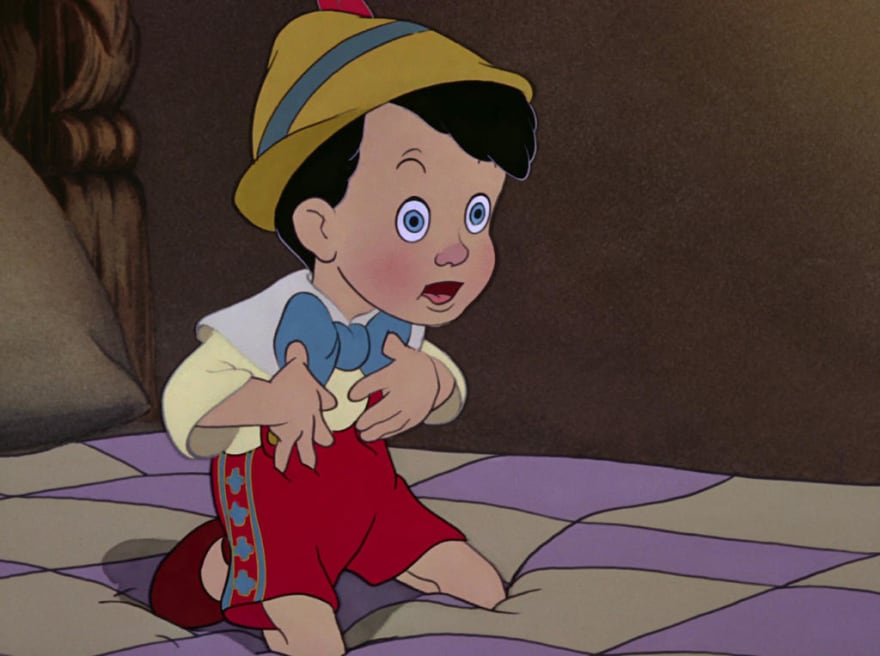 Users of WSL2 are encouraged to place their files inside the Linux root file system.

That way they benefit from file performance increases compared to WSL1.

In WSL2 you can now access files from Linux in Windows and the other way around.

Modifying Linux files from from Windows in WSL1 was always warned against, as this could cause bad things to happen. Whoooo, spooky 👻 (but, really, it was a bad idea.)

Let's start loading up our environment with some needed tools.
A few tools still need to be installed on the Windows side, the rest are all Linux tools.

The two I'll install for Windows are: VSCode and git for Windows.
Remember to set the autocrlf setting to input for git. VSCode handles it well.

Open a terminal in Windows!

From this point on, the action happens in your Linux terminal!

This one should also be installed on the Linux side.

After installing git, remember to configure it.

Especially setting the autocrlf setting to input is important here.

You can install it as a standalone package.

Now we can harness all those Linux-y tools, I'll use nvm instead to make using different versions easier.

Restart your terminal after the install.

To confirm the installation was successfull:

It should return: nvm

That's all, no version number, just that string.

When node releases a new version, you can run that same command again.

You'll need to tell nvm which version of node you want to use.

So next time you boot your Linux distro, you'll have to use.

When the project you are working on requires a different version of node, specify that one.

Having to do that manually seems annoying right?

Many solutions to this annoyance exist. Later in this post the annoyance will be "fixed".

You should see the full key in the output.

Normally, the docker engine starts automatically after the install.

For me that was not the case so I started it manually.

As a handy tool for managing docker containers, docker-compose is frequently installed alongside docker-ce.

Yarn is a package manager for JavaScript made by Facebook.

When you open your terminal there are actually 2 sides at work.

The thing you see and type into, the terminal.

The thing that terminal communicates with and does most of the work, the shell.

Let's face it, the terminal that ships with Windows is pretty lackluster.

Good news: they are coming out with a new one and it looks really awesome!

In anticipation of that release, I'm not going to change much there. I'll use the one that's integrated into VSCode most of the time anyway.

edit 3 july: A preview is available in the Windows store. I tried it, and it's great!

Let's use the brand new Linux shell in there.

When opening the integrated terminal, you can choose wich one to use as the default one.

Select WSL from the resulting list of options and you are done!

Alternatively, edit the settings.json to point to the correct location.

I chose ZSH to replace the standard bash shell that opens when clicking the Ubuntu icon in the start menu.

Installing it is a oneliner thanks to the package manager in Ubuntu.

To enter the zsh shell from that familiar bash prompt:

The first time this launches a quick configuration wizard will be shown.

The choice here doesn't matter all that much, sinc the resulting file .zshrc will be overwritten when we install oh-my-zsh. I chose the option 2 anyway and went with the defaults. 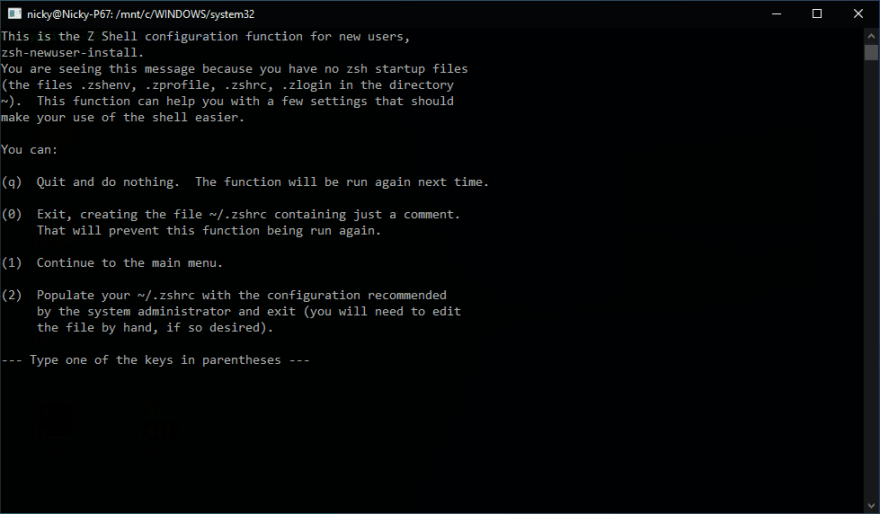 Typing zsh into bash every time we launch it gets old quick.

To automatically launch zsh when you open the terminal, add this to your .bashrc

This extension to zsh has one of the best URLs out there: ohmyz.sh

It will also enable a huge list of nice features, which is more important.

Installing oh-my-zsh is a oneliner.

This will also replace that .zshrc file we initialised earlier.

oh-my-zsh comes with lots of fancy themes, so let's install a pretty one!

I like the agnoster one, so that's what I'll go with.

Edit the .zshrc file to enable it.

This file is also located in your Linux home directory (cd $home to go there).

restart your terminal for it to take effect.

That's partly because this is a fancy prompt that needs a Powerline-patched font to render correctly.

You can either download the specific font you want and install it that way (double clicking on the file and hitting the install button), or use the install script to install them all at once.

To install them all at once first clone that repo.

Then open an elevated Powershell window.

To be able to execute the install.ps1 file, we need to open up the execution policy temporarily.

Now navigate to the cloned repo and execute the install script.

You'll see the same thing happening as you would when downloading and installing each font seperatly, but of course much quicker.

Don't forget to close down the execution policy again immediately after!

After installing the fonts, setting them in your terminal application changes the weird boxes to icons.

Note that the standard terminal in Windows still doesn't work quite right after that. It has many limitations, this not working completely is just one of them.

As stated before, I'm mainly going to use the terminal inside VSCode anyway, so I'm leaving the standard terminal behind.

After setting the terminal font in VSCode, all icons show up beautifully.

The colors when listing directories and files with the ls command still look, euuuhm, suboptimal.

To replace those ugly colors, something called dircolors may be used.

Pick the theme you want and download the file to your home directory.

Add a line to the bottom of your zsh configuration file to use what you just downloaded.

Much better, it looks great now!

By itself, oh-my-zsh is already feature-rich. For further productivity increases, plugins are there to help.

Many of those plugins ship alongside oh-my-zsh, making installing them as easy as adding a line to .zshrc.

Others require a bit more effort, let's start with those!

zsh-syntax-highlighting is a handy plugin that prevents syntax errors by highlighting valid commands in green and invalid ones in red.

To install the plugin first clone the repo.

Then add the script to your .zshrc.

zsh-autosuggestions makes typing the same command over and over much quicker by suggesting what you could type next. These suggestions are based on command history.

Installing it follows the same pattern as the plugin we installed above.

First clone the repo, then add a line to .zshrc

A list of the plugins that ship with oh-my-zsh can be viewed on this Github page.

Each one should have a README.md that tells you more about what it does and how to activate the plugin.

Most of the time, activating the plugin requires you to add it to the list of plugins in .zshrc.

This is what I ended up with:

The plugin I would like to call out here is z.

You read that right, it's not a typo.
It's a contraction of frequent and recent.

For example, my blog is located at ~/projects/nicky-blog.
If I type z blog, z will take me there.

Whew! That was quite the journey 😅💦

The result is very powerful, and it looks good too! 🎊🎉🎉🎉🎊

How to host your first site for free on GitHub Pages

Thanks for keeping DEV Community safe. Here is what you can do to flag nickymeuleman: