The promo video looks very promising, let's hope it lives up to expectations. 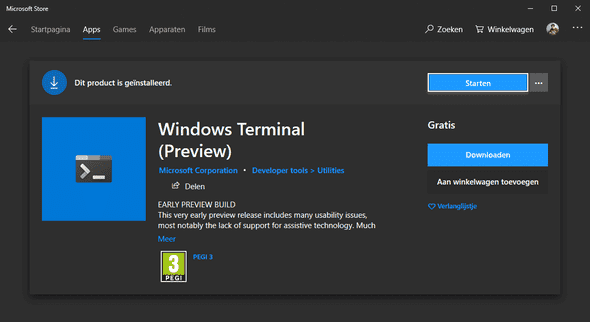 The old, well known, often despised, cmd application is not very feature rich. Its main goal is to remain backwards compatible, preventing many features from being added.

The new Windows Terminal, however, has a lot of bells and whistles.

It's a central location to access many different shells like the good 'ol cmd, PowerShell, your fancy WSL shell, ...

The project is open-source, take a look at the, mainly C++ repository.

Windows Terminal is a new, modern, feature-rich, productive terminal application for command-line users. It includes many of the features most frequently requested by the Windows command-line community including support for tabs, rich text, globalization, configurability, theming & styling, and more.

The Terminal will also need to meet our goals and measures to ensure it remains fast, and efficient, and doesn't consume vast amounts of memory or power.

Many additional features are coming.

These features are now (6 december 2019) available.
For a full(ler) look at what they have planned and should be there for the 1.0 release, have a gander at the milestones.

Even more features are on the developers' nice-to-have list and may be coming.

Like a dev that thinks supporting themes with .itermscolors files would be cool.

Will that become a reality? No idea.

Would it be cool? Absolutely! 🤩

There are many configuration options to make the overall application, and each shell, act/look like you want.
This happens in a profiles.json file.

While not as fancy as using a GUI, it is quite an enjoyable method.

Especially if that file has a JSON-schema attached to it.

I hope they add one soon, because JSON-schemas are awesome.

When you first install the application, it will present you with a PowerShell window. 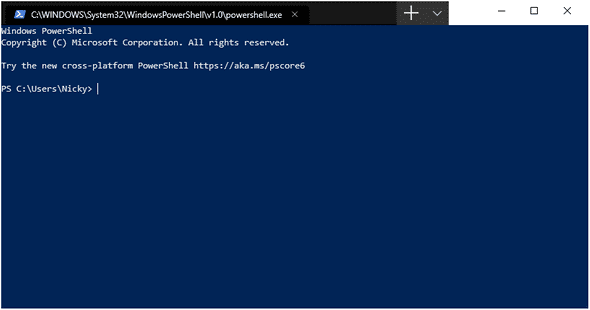 Having recently put in some time to get the Windows subsystem for Linux 2 up and running, I want it to show that instead when I launch the terminal.

Luckily, the Ubuntu terminal from WSL2 was already in the list of available shells. 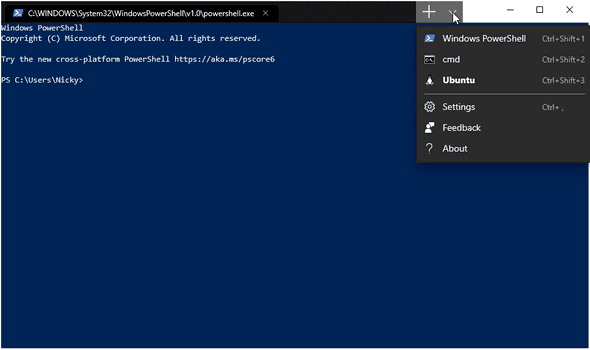 Open the profiles.json file by clicking settings option in the dropdown, or by hitting the ctrl+, shortcut.

Changing it to be the default shell meant finding the GUID of that Ubuntu profile under the profiles key and placing that in the defaultProfile under globals.

By default, that shell opens in your user-directory on Windows.
My projects are located on the Linux side, so I want the shell to open in my Ubuntu home directory.

After some more tweaking, I think my terminal looks pretty sweet.

I saved my profiles.json to a public gist.

A developer named Chris Duck made a PowerShell module to control this: MSTerminalSettings.

Remember the dev that thought using iTerm color scheme files would be neat? Yeah, this module makes that possible. 🤯

Chris lists using schemes from iterm2colorschemes.com as an example of what his module can do.

Scott Hanselman and Tyler Leonhardt immediately used it for the best of reasons, shenanigans.

They made Terminal Attract Mode. The self proclaimed "greatest PowerShell script ever written, today" places animated gifs as the background of your terminal. It's glorious. 🤣

Build an Instagram Web App with Supabase and Next.js 🚀

Thanks for keeping DEV Community 👩‍💻👨‍💻 safe. Here is what you can do to flag nickymeuleman: