Yes, you read the title right, and it is what you think. If you've got minimal knowledge about Docker, you've certainly spelled out the famous Docker command docker-compose up, toss it with a .yaml file, grouping an Nginx image along with your application's image and you've got yourself a running server.
Of course, there would be some configurations left to do for the machine to start receiving requests from the outside world, but we'll focus more on how to get the engine running internally.

What we're up to?

Ok, so here's what we're up to, we've got a web application, and we want to deploy and serve the whole setup, hassle-free with one click (disclaimer: not including those to configure the setup 😄).
As you might already know, to be able to access the app from the outside, we need a "webserver", these can be any of (but not limited to) the following:

I'm going to start by giving you a brief introduction about Nginx and what it can actually do.

"Nginx is a web server that can also be used as a reverse proxy, load balancer, mail proxy, and HTTP cache." Igor Sysoev, the creator of the software, has publicly released it in 2004, and with its open-source license, you can certainly use it for free.
In the last paragraph, I introduced to this peaceful article a couple of new terminologies that you either have not heard about before or might have heard about them without knowing what they actually are. Let's discuss some of them.

A Proxy is basically a server that requests on behalf of the client (you), in other words, the destination server (for instance, google.com) would receive the request not from you, but from the proxy server you're using.
I could think of multiple reasons why any network setup would benefit from this technology. 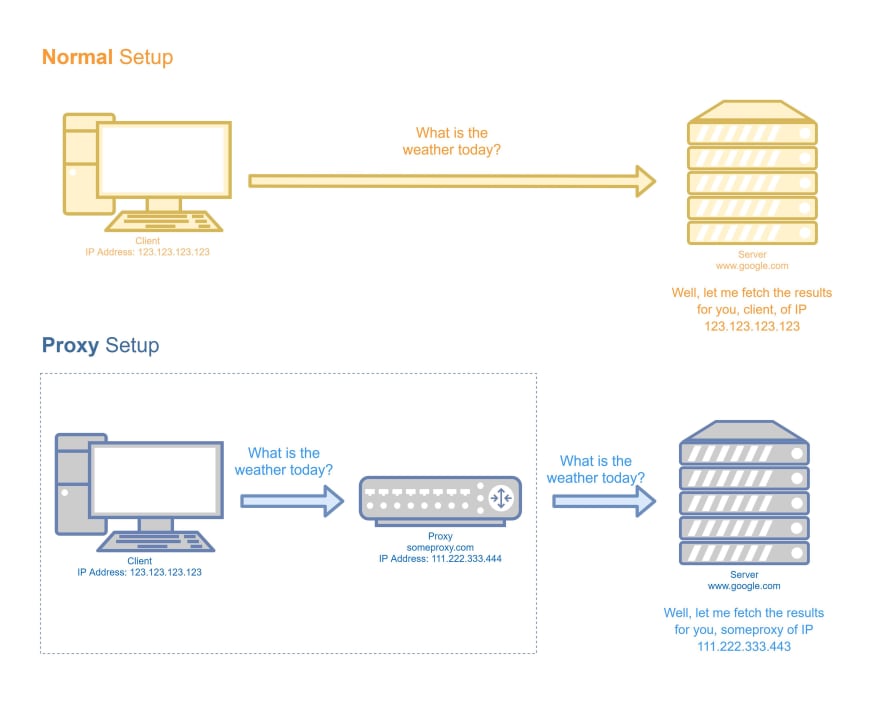 So what are the benefits of a Proxy? 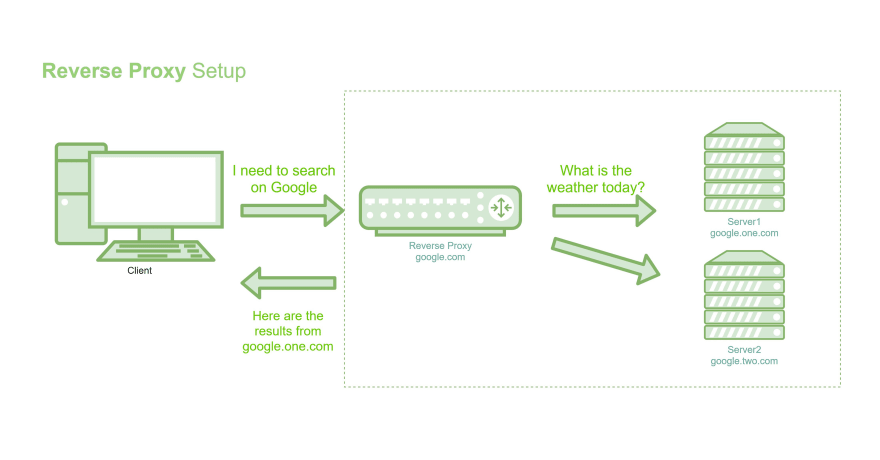 So what are the benefits of a Proxy?

Before we continue, I want to point out that Hussein Nasser made an awesome video explaining the differences between Proxies and Reverse Proxies in an intuitive way, be sure to quickly watch it for an even better grasp.

The final architecture we're after

After that brief intro, I think we are now aware that Nginx would be the server of choice, and what comes free with Nginx you ask? Yes, Load Balancing. So let me try to capture the architecture we'll be going after in the following diagram: 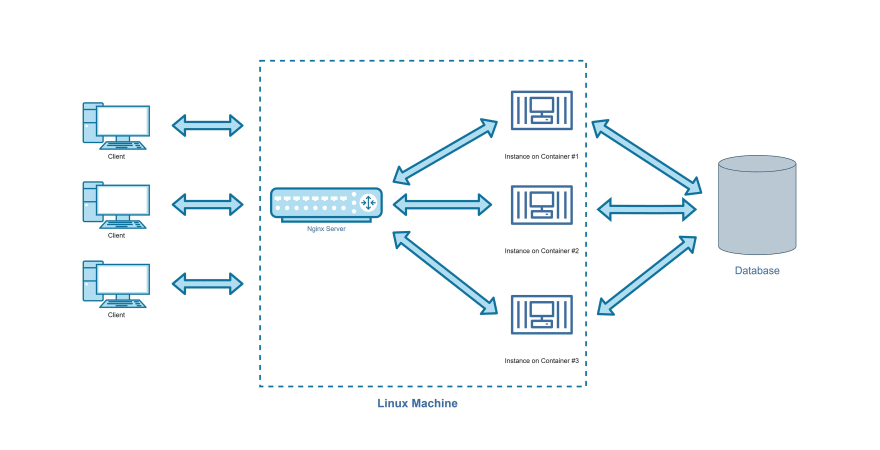 As you might have figured out already, the architecture contains basically 3 main components:

In the upcoming article, I'll talk in detail about Nginx, and how to correctly configure it to our needs. See you on the other side of the world 🚀😄.

Once suspended, paulafahmy will not be able to comment or publish posts until their suspension is removed.

Once unsuspended, paulafahmy will be able to comment and publish posts again.

Once unpublished, all posts by paulafahmy will become hidden and only accessible to themselves.

If paulafahmy is not suspended, they can still re-publish their posts from their dashboard.

Once unpublished, this post will become invisible to the public and only accessible to Paula Fahmy.

Thanks for keeping DEV Community 👩‍💻👨‍💻 safe. Here is what you can do to flag paulafahmy:

Unflagging paulafahmy will restore default visibility to their posts.