In my previous tutorial, I built a simple REST API with Swagger documentation. Check it out: 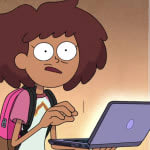 In this tutorial, I will generate a TypeScript client code based on the Swagger documentation and use it on a simple React application (it can be any front-end application).

Why we want to do something like this? First of all, it's better to have one a single source of truth for the contracts in our server-client architecture. Otherwise, one change can break all our consumers.

For this process, I'm gonna use swagger-typescript-api. I've seen this tool constantly evolving throughout the last year, its maintainers are doing an awesome job.

First of all, I bootstrap a React app using create-react-app (CRA) with a TypeScript template, of course 💅

Somewhere else, I have my previous flask-mini-rest up and running in localhost:5000. (Recently I pushed some changes in order to support CORS and improve the Swagger model documentation).

CRA places all the source files inside ./src directory, so I will generate my TS client there.

swagger-typescript-api is pretty cool, it can be run with npx and it support many flags documented in its repo. It generates 3 files for my API

Now it comes the interesting part. How to use the generated TS client. I'm going to write some simple examples on how to use the TS client in the src/App.tsx file which is the only one with the bootstrapped app logic.

Let's initialize the API client which is declared in the Items.ts module:

If your app is running a in a production server, the baseUrl path should point to the appropriate API URL.

To get all the Items:

Let's suppose we want to insert a new item in the API in a form button:

It's pretty similar with the getItemApi which gets a simple Item resource.

As you can see, it's pretty simple to use, self-documented and strongly-typed. Having a well defined back-end contract you can ensure robustness and type-safety front-end communication. The types generated can be used in many ways, TypeScript project references for example. Types can be shared among many consumers. My friend and mentor, Fernanda, presented a great talk in this topic called Don't Break the Contract: Keep Consistency with Full Stack Type Safety, please give it a look.

Also, an automated job can generate the a new TS client triggered by some event. But still it's up to us to update the consumers. Hopefully the unit tests can detect breaking changes.

Check out a full working code in my repo. Sorry that I didn't follow all the best practices as I only wanted to show how to use this TS client.

This project was bootstrapped with Create React App.

And API client was generated with swagger-typescript-api.

In the project directory, you can run:

Runs the app in the development mode.
Open http://localhost:3000 to view it in the browser.

The page will reload if you make edits.
You will also see any lint errors in the console.

Once suspended, po5i will not be able to comment or publish posts until their suspension is removed.

Once unsuspended, po5i will be able to comment and publish posts again.

Once unpublished, all posts by po5i will become hidden and only accessible to themselves.

If po5i is not suspended, they can still re-publish their posts from their dashboard.

Once unpublished, this post will become invisible to the public and only accessible to Carlos Villavicencio.

Thanks for keeping DEV Community 👩‍💻👨‍💻 safe. Here is what you can do to flag po5i:

Unflagging po5i will restore default visibility to their posts.