For developers building apps with social interactions, the Twitter API has been one of the most used API. While it was beneficial, it had its limitations. But not for long. Twitter just released the new version of the Twitter API, which has so much to offer.

Twitter seems to have finally answered the prayers of millions of developers using the Twitter API. The new API makes it simpler to listen and analyze the active conversations on the social platform. Twitter has introduced a couple of exciting things, including new endpoints, new tweet payload, conversation identifiers, and even annotations.

Fiddler Everywhere to the rescue 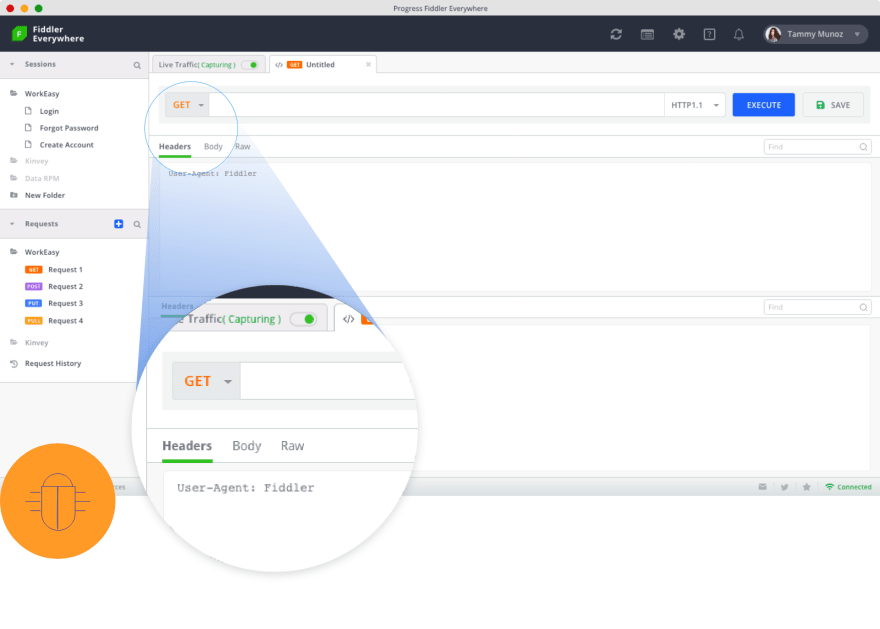 For those who haven't used Fiddler Everywhere before, it can capture and inspect network requests, including API calls. It also allows you to modify the request parameters to customize the response as required.

In this blog, we are going to test some of the endpoints of the new Twitter API v2 and see how it works. 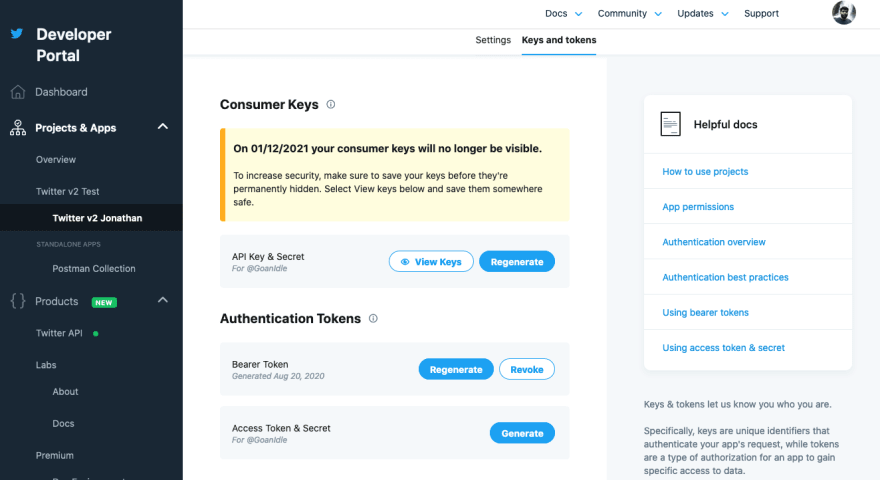 Before getting started, make sure that you create a new app using the Twitter Developer Portal and generate the Bearer Token to authenticate the request in Fiddler Everywhere.

You can do the following using this endpoint:

For this example, we'll use the /users/by endpoint.

We open the Composer in Fiddler Everywhere and enter the endpoint in the request bar and set the method to GET.

We need to provide authentication and query parameters. Under the Headers tab, add a new key-value pair called authorization and the Bearer Token as the value.

In the Params tab, add a key-value pair called usernames. You can enter the username or multiple usernames separated by commas in the value field.

Click the Execute button to see the API in action.

If everything were excellent, in the Response section below, you would see the entire response in the JSON tab.

You can modify the response as per your requirement by specifying the user.fields parameters.

Once you hit execute, you'll notice the detailed information requested in the JSON tab of the response section. 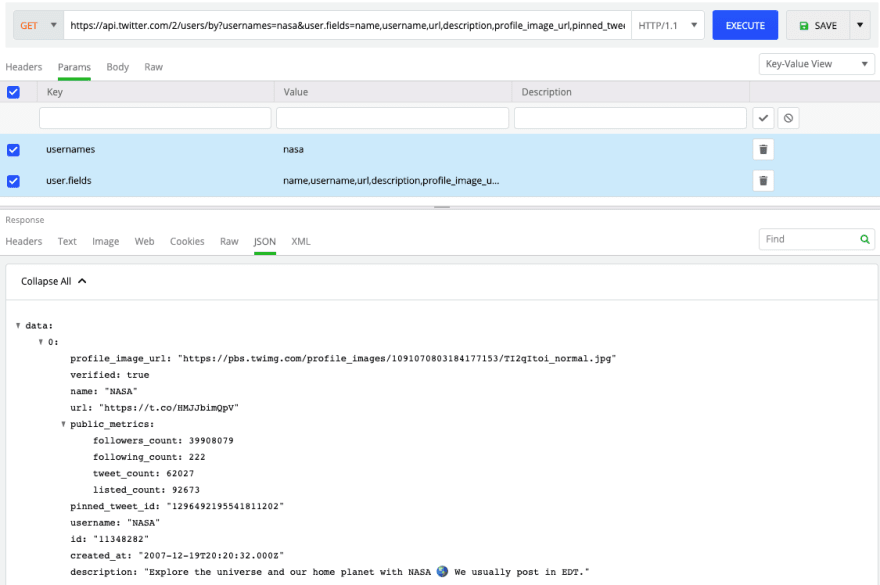 We'll open a new request tab in Fiddler Everywhere, enter this API endpoint in the request bar, and set the GET method.

Again, we need to provide authentication and query parameters. You can use the same Bearer Token used in the previous request.

In the Params tab, add a key-value pair called ids. You can enter a tweet ID or multiple tweet IDs separated by commas in the value field.

Click the Execute button to make a call to the API.

You can view the tweets fetched in the JSON tab of the Response section.

We can add additional query parameters to get the required information. I'm going to add the following parameters:
expansions 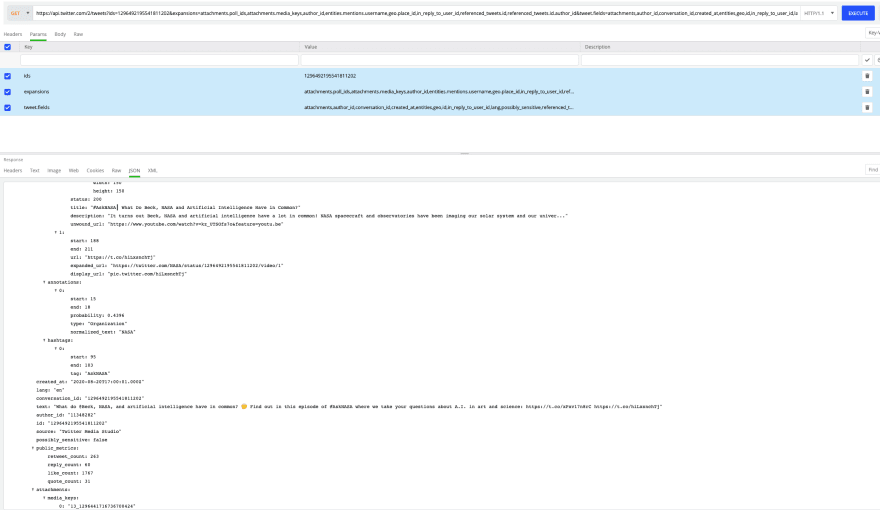 The recent endpoint searches and fetches tweets that match the query.

Again, We'll open a new request tab in Fiddler Everywhere and enter this API endpoint in the request bar and set the method to GET.

We need to provide authentication and query parameters. You can use the same Bearer Token used in the previous request.

In the Params tab, add a key-value pair called query. You can enter the query in the value field. 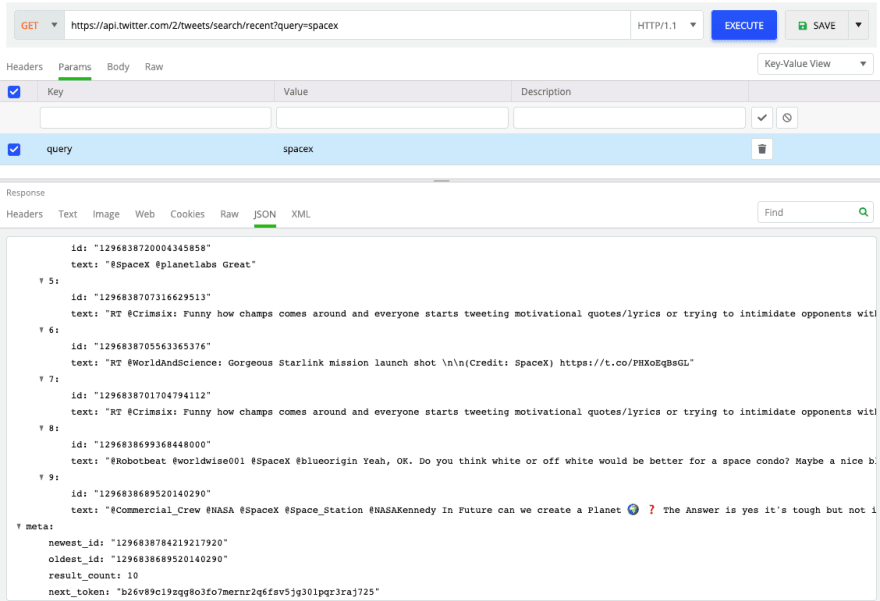 You can view the tweets fetched in the JSON tab of the Response section. By default, the endpoint returns ten results from the last seven days. You can use the max_results parameter to indicate the required number of results.

You can use the same query parameters from above to modify the request as required.

This is the response that I received. 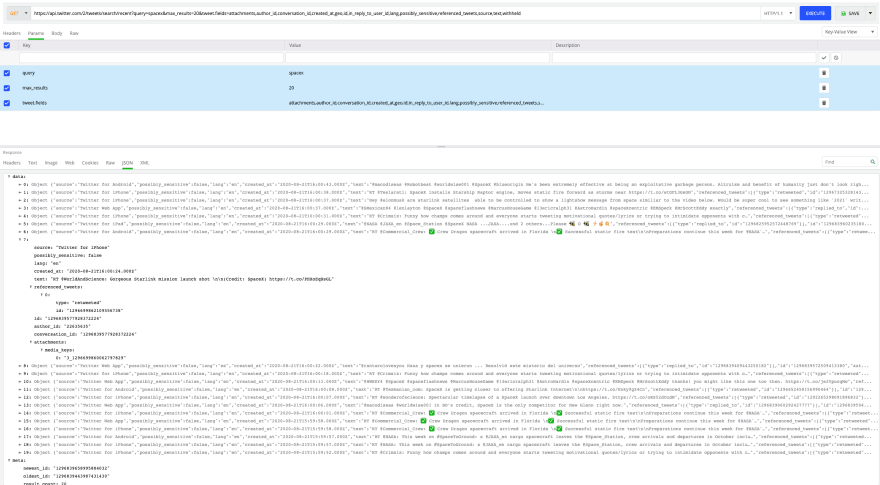 These were some of the basic operations that you can perform using the new Twitter API v2. Next time, we'll dive into how Twitter has improved the API using NLP to understand and analyze tweets and how you can implement it using the API. 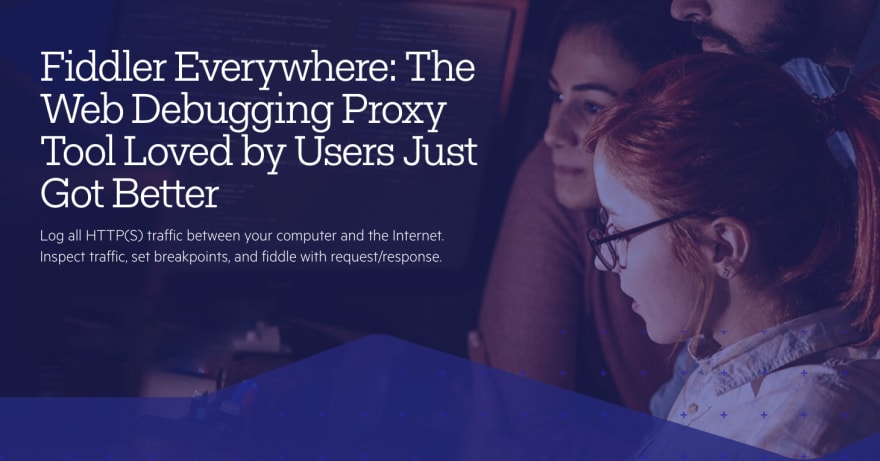 If you are wondering what else you could do with Fiddler Everywhere, the tool comes in handy to inspect, debug, mock, and share network requests and responses. You can download and try it out yourself. Fiddler Everywhere is available on macOS, Linux, and Windows systems and supports all modern browsers and processes.

Once unpublished, this post will become invisible to the public and only accessible to Jonathan Pereira.