Netlify functions enable developers to deploy lambda functions. They have a template for Apollo GraphQL as well. However, this template doesn't support TypeScript. Limiting the advantages of GraphQL to just querying and mutating data. Having TypeScript helps developers to change code with reliability. This also enhances overall experience with GraphQL as schema defined in GraphQL can be directly exported to TypeScript types.

For such cases, Netlify recommends using legacy command netlify-lambda command. But people ran into other issues using it.

Although, there is a default template which can be quickly bootstraped using the command netlify functions:create, it doesn't support TypeScript and requires developer to use legacy netlify-lambda command. But using the legacy command further complicates the application and also has a few issues which you can read here.

In this template, I transpile the lambda directory using tsc command during the build process. Thus eleminating the need to use netlify-lambda. And I find this is a much more cleaner approach. 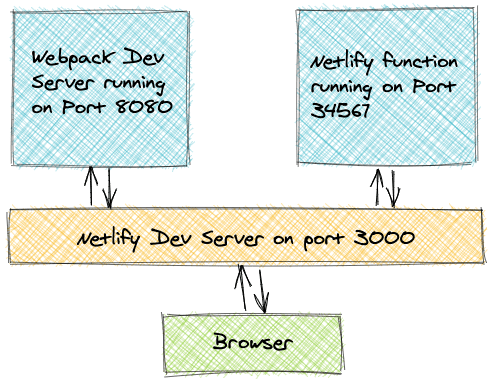 I integrated TypeScript at the build time itself. Thus there is no need to use the legacy command.

I further integrated graphql-codegen to automatically generate TypeScript types for GraphQL schema. And also integrated eslint and husky to introduce lint checks and validate them before each commit.

I created a demo project using this template and also integrated FaunaDB addon on GitHub.

Sending a message with the Twitter API in a Cloudflare worker

Pushkar Anand
UI Dev stuck in a perpetual cycle of code, deploy, and debug.
When Netlify asks you to full-time OSS, you say yes!
#netlify #opensource #solidjs
I'm working on an Expense Tracking App and I need your feedback
#discuss #webdev #javascript #productivity
How do you handle conflicts at work?
#discuss #career