In this article we'll learn about control flows, flowcharts and pseudocode of a program.

Flowcharts is just a visual represemtation of the logic we think or an algorithm we create to solve a particular problem.
As every language we speak has some sort of grammer and rules to follow, think of flowcharts as a pictorial language where certain symbols carry specific meanings. 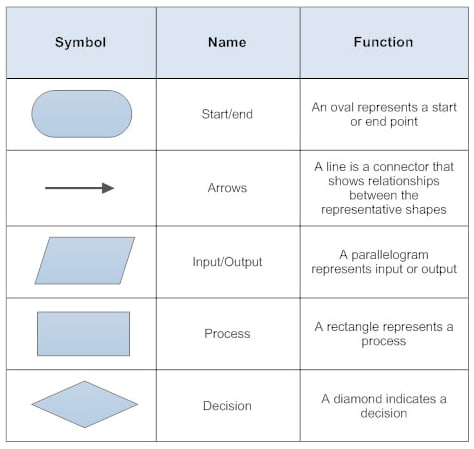 Let us understand these things using some simple examples...
1.Take a name from user and print 'Hello name' 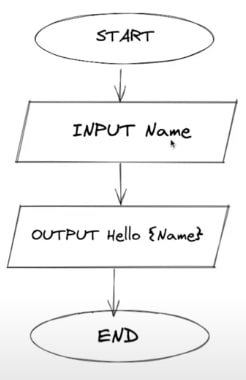 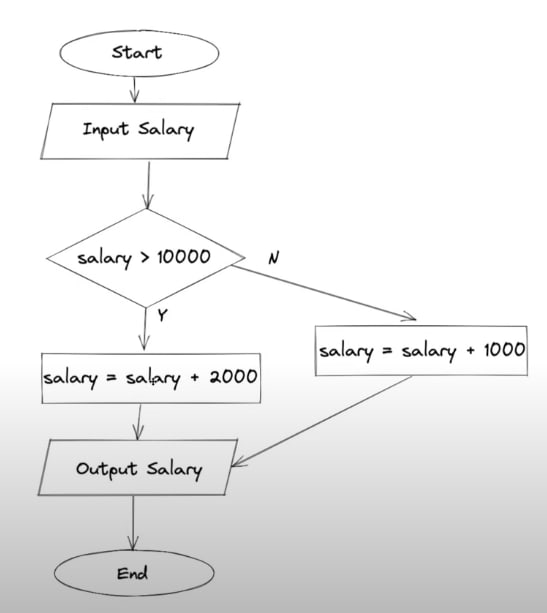 In the above flowchart, we used diamond shape to write an if statement (if salary>1000)

3.Input a number and print whether its prime or not

We know that prime numbers numbers are the numbers which are only divisible by 1 & the number itself. So the 1st thought to approach this problem could be, 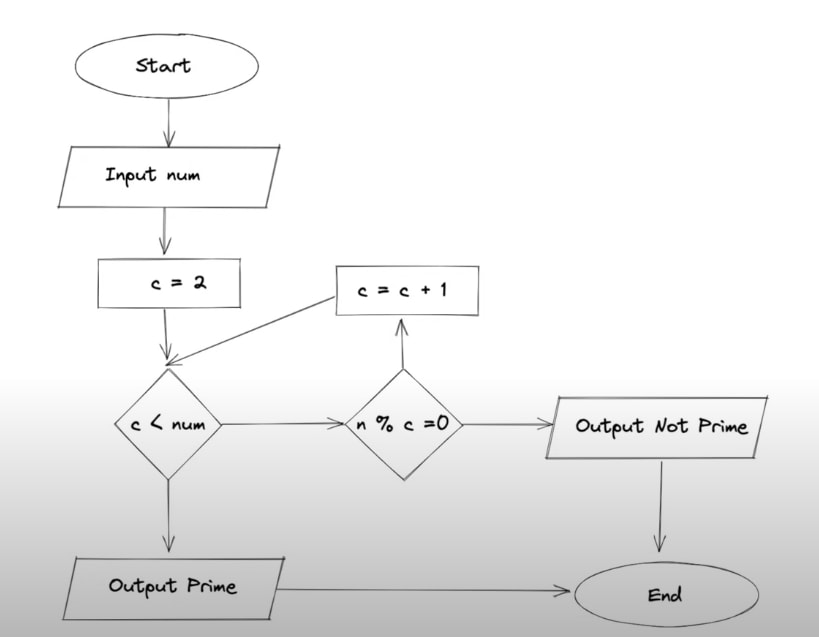 In the above flowchart, there is a % operator which some of you might not be familiar with. % operator basically shows reminder when number at LHS (left hand side) is divided by number at RHS (right hand side)

Another thing which one can observe is that we have created a loop to check all the numbers between 1 & the target number. Its also evident from the flowchart cause we have a cyclic figure between the conditions, signifying a loop. We will learn about loops in depth in out further articles, for now I just want you to get a basic gist of it!

Sometimes we want to share our logic or algorithm with someone and we really do not care about the rules of programming language that the person want to use. We just need to share our logic irrespective of the syntactical specifications. At such times we can use pseudocode. Pseudocode in simple terms can be stated as a rough code for our logic.

Lets try and understand this with our previous example.

As we can see we use if conditions and loops as conditionsals. We also used them in the flowchart. One can say that flowchart and pseudocodes are just different ways of representing a logic or an algorithm without caring about syntax (A rough idea of the code.)

This is what we were doing in the prime number example, we were looking for all the factors of a number and if any number has more than 2 (1 & the target number) factors then the number is not prime.

In the above cell we can see that there is repetetion when we check for those factors. Once we have checked 2x14=28 there is no need to check 14x2=28 agian. We are repeating ourselves. This unnecessarily increases time & memory required to process our code. So check only for

These minute changes might feel insignificant when we are dealing with smaller numbers like 28, 36, and 49 but tehy make huge difference when the target number is in millions or billions.

So our optimized pseudocode and the flowchart for the program is 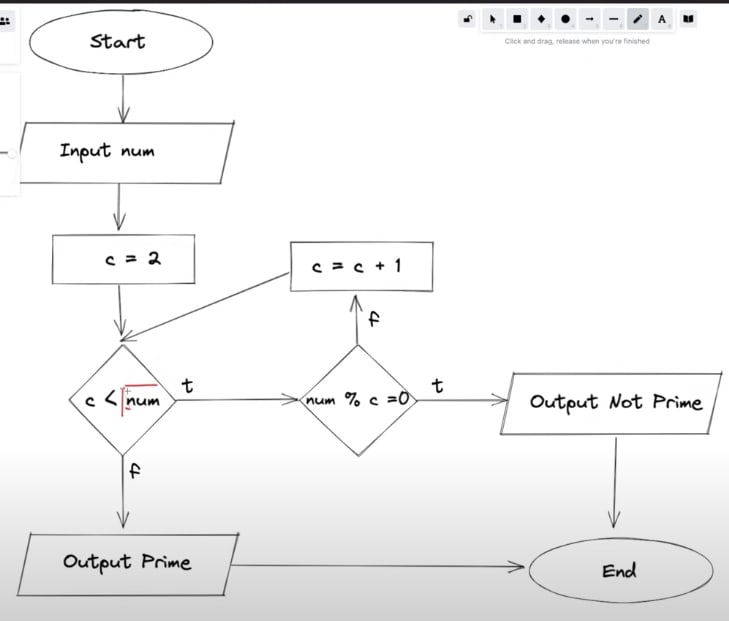 Hope ya'll have got an idea of how the flow direction of program works and how we can tray and test our logic without actually writing the code using flowcharts and pseudocodes.

Once suspended, rajpansuriya will not be able to comment or publish posts until their suspension is removed.

Once unsuspended, rajpansuriya will be able to comment and publish posts again.

Once unpublished, all posts by rajpansuriya will become hidden and only accessible to themselves.

If rajpansuriya is not suspended, they can still re-publish their posts from their dashboard.

Once unpublished, this post will become invisible to the public and only accessible to Raj Pansuriya.

Thanks for keeping DEV Community 👩‍💻👨‍💻 safe. Here is what you can do to flag rajpansuriya:

Unflagging rajpansuriya will restore default visibility to their posts.