CSS is awesome, and it’s easy to get started with.

But front-end applications have been scaling at a massive, and complex rate that I don’t believe the current CSS architecture is designed for the job.

I still believe that the current CSS architecture has a place in this crazy world for small sites, and even small applications.

I’m going to list a set of problems that I’ve come across with CSS over the 9 years of developing for the web.

And I believe CSS in JS solves these problems.

I will be demonstrating how CSS in JS solves these issues by using 2 libraries Styled Components and React. 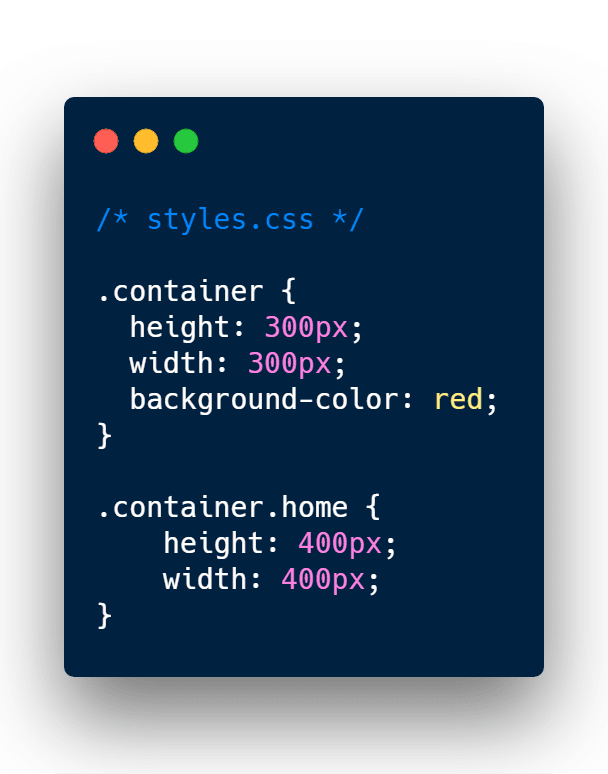 I created a style sheet that contains CSS code for a container element.

The container style will increase in size if it also contains the class name home.

Now I have created the home page HTML, imported the stylesheet, and have added the class names to the HTML elements.

But wait, I need an about page! Let’s create that now. 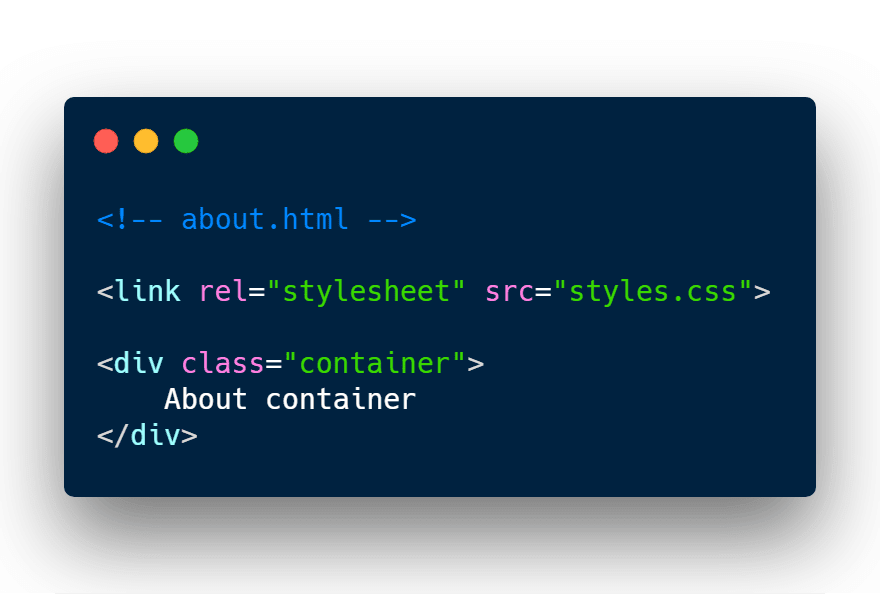 Not exactly. The style sheet that I imported contains styles from the home page.

And there is nothing to stop me from using class names that was designed for the home page.

Over time this simple site will grow to have thousands of lines of CSS, and HTML code.

And CSS rules that have been defined in the past will be re-used across the site. The problem lies when a engineer attempts to change a class rule.

It has a very high potential of breaking or changing other parts of the site that were not meant to be modified.

CSS in JS allows us to keep styles encapsulated to a React element. 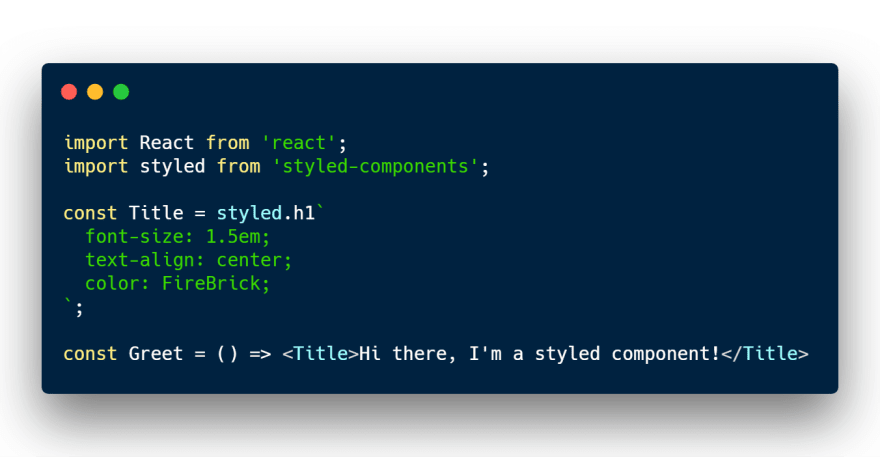 The first component is named, Title.

Title is responsible only for styling., The second component is Greet.

Greet is responsible using the styled component that I created and displaying the greet message to the user.

Title been defined as a local style. No other React component or HTML element will be able to access these styles. Safe! 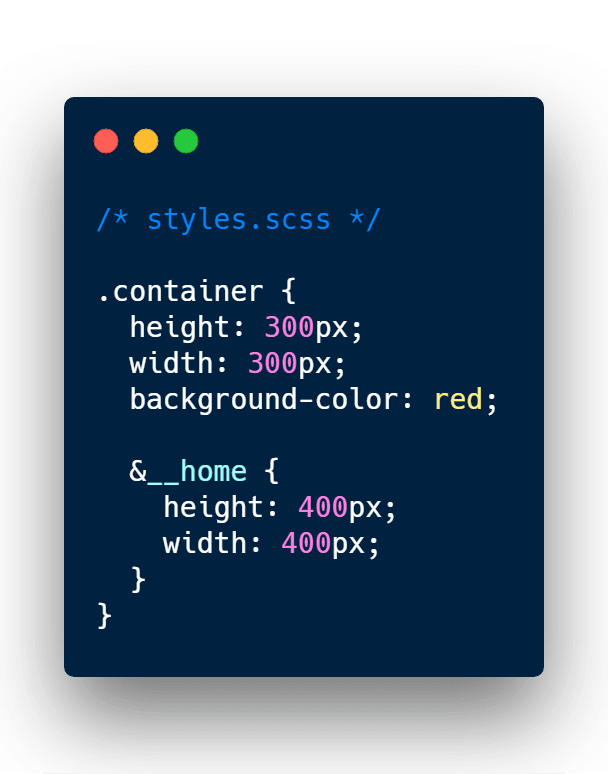 This is called style of writing SASS/CSS is called BEM. Ever heard of it?

BEM is one of many CSS methodologies. And the objective with a CSS methodology is to reduce the lack of built-in scoping mechanism. 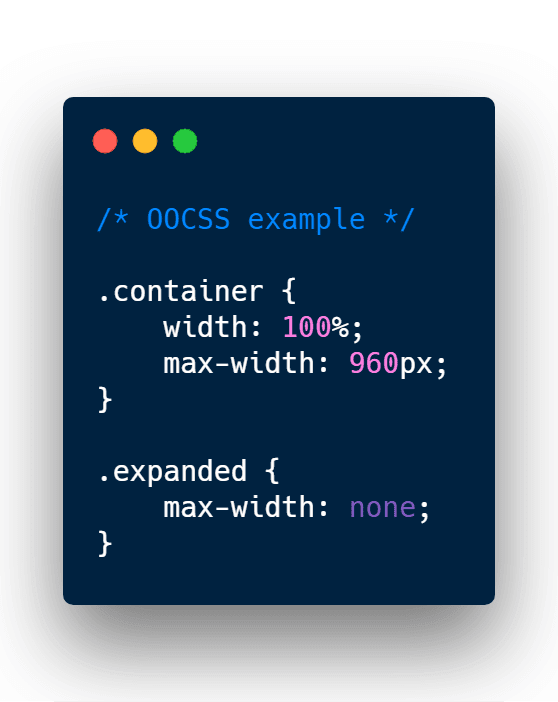 OOCSS is a method to separate containers and content with CSS “objects”.

Nonetheless, each of these solutions are just a quick patch solution.

Why download CSS code that isn’t going to be used?

CSS in JS can dynamically clean up CSS code that is not being used.

CSS out of the box doesn’t have a feature to minify code.

For big applications unminified CSS code can get fairly big, especially with crazy amount of white space (indentation) we add to the stylesheet.

To minify CSS code you’ll have to use a third party service online or setup dev task to minify your code.

Which just creates another dependency your CSS.

But it does not support IE. And it barely supports Edge 15.

We can say, “Microsoft stop support of these browsers.”

But according to W3Schools, which they get 50 million visits per month.

They say 4% comes from IE and Edge. 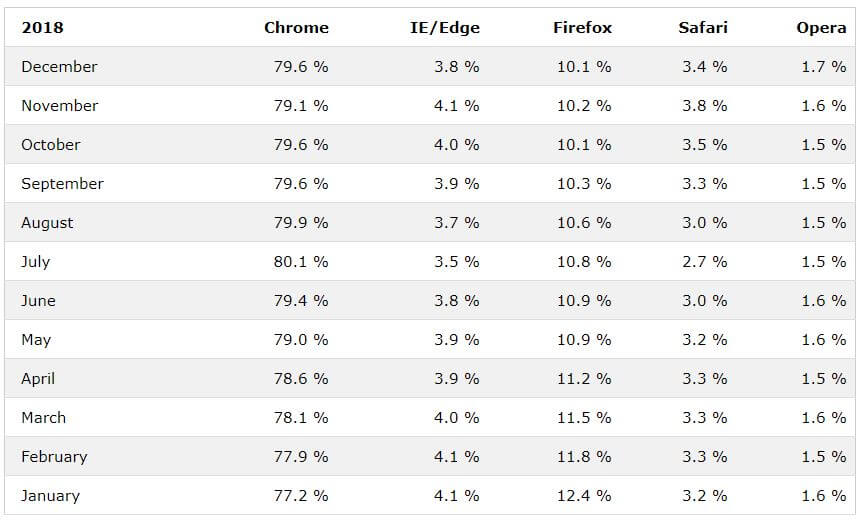 That’s a total of 2 million users using IE and Edge. Not really numbers that we can ignore.

And with a recent project with Verizon Media, the application needed to support IE 9 still.

So var(), goes right out the door. For the moment.

Another con is that CSS variables cannot be accessed on the server side either.

Let’s take the React example above and modify it a bit to see how we can use constants across our application.

I created a new file named constants.js, and inside that file it contains a value for the primary text color, FireBrick. 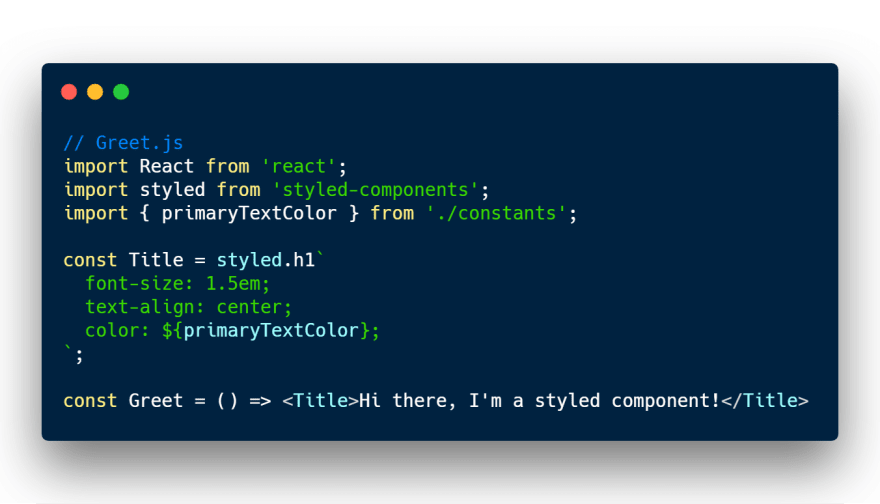 I than updated the Greet component to use the new constant I created.

First I imported the new constant into the Greet.js file. Then I use a technique called interpolation inside the Title component.

The hard-coded color value was swapped for the constant.

While I’m at it, I’ll create a new component called Button, and it will use the same constant.

The only difference is that primaryTextColor is now being used in 2 css properties for the Button component.

The components will stay consistent now.

Besides solving those 5 issues above, it comes with some additional benefits.

At the end of the day we’re not getting rid of CSS. We’re just adding JavaScript to enhance CSS.

The old CSS architecture is perfectly fine for small sites, and small applications.

But it may not be appropriate choice for medium to big size applications in 2019.

Sure, we can add SASS, methodologies, and even CSS modules into the mix, but again, those are small patches that require strict rules, and tooling.

Those are not solutions for the future.

I would say that CSS in JS is not the ultimate solution, but it’s the best one we have so far.

Let me know your thoughts and comments on Twitter.

Should kids learn to code?