I do like traveling and taking pictures, even if most of them are really pointless 😄

Once back at home, I'm used to moving all the pictures I took on my laptop and, after a selection, I upload the best pictures to the cloud. I like using Google Photos. But there's a problem.
Since I use the Free plan, I don't upload pictures with the original size. It means they lose quality.

That's why I decided to buy an HDD and to upload my pictures on it, not using Google Photos anymore.

I don't have access to my pictures anymore when I'm not around my HDD. Showing and/or sharing them's impossible.

That's when the idea of the private cloud started floating in my mind.

You may say buying an HDD wasn't a cost? Pay for Google Photos then! You're right but nothing is better than the satisfaction you get by something built by yourself. I like doing this kind of thing so I made my private Google Photos! It's a fully private cloud service actually - documents, video, images, emails, etc - but I use it only for my pictures.

To set up my photo server I used a Raspberry Pi 4 (4 GB RAM) with 16 GB Micro SD and an external USB drive to use as storage. 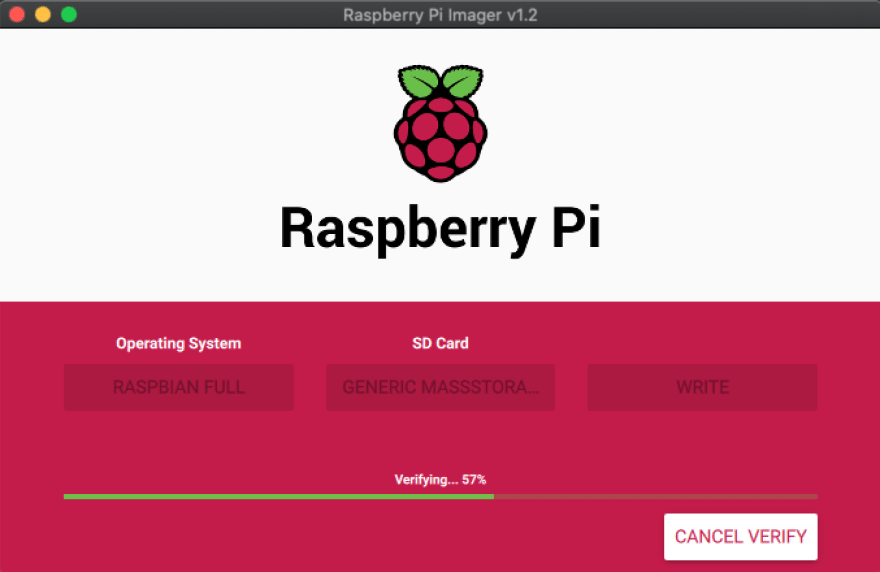 I also installed Docker on my Raspberry Pi: I didn't want to re-install everything in case something goes wrong.

Once installed, I did make sure the user pi can use it (I don't want to use sudo every time)

I installed Docker Compose too - kudos to Roahn for the help

Since the architecture of the Raspberry Pi is different than the classic Ubuntu's, I needed to install Docker Compose via pip3.

To set up Nextcloud I used a yml file docker-compose.yml

This yml file contains the infrastructure I want to build. This way to build infrastructures is called IaC, Infrastructure as Code: you declare the services you want to run and how they have to communicate with each other, and Docker Compose does the job for you.

In this case, I declared I want to use the nextcloud image to run an app on the port 8080 (host - I reach it on this port) and to redirect to the container "internal" port 80. Learn here how to expose ports. I also specified the path for the volume - where the container stores data (my photos).

Now that the docker-compose.yml is ready, it's time to launch 🚀

The option -d stands for detached mode, containers run in the background.

To check if the container we declared in the yml file is up and running, run

I can do something similar with Docker Compose. Within the root folder that contains the docker-componse.yml file, run

If you don't know the IP address of your Raspberry Pi, just run

So, in my case, my Raspberry's IP address is 192.168.1.162. It shouldn't change until you disconnect the Raspberry from the Internet > or you restart the router.

Here's a good article about how to connect via SSH to your Raspberry Pi.

Setup the administrator account and do not change the storage and database settings. It's not the time for that yet.

Sweet, Nextcloud is working and is reachable only within my WiFi connection. I can upload photos from my smartphone too!

Let's take a look at the container now. Run

to enter the container itself, in interactive mode -it using the bash.

You entered the container as root and it's waiting for a command. So, let's discover where the container will store my pictures. The volume path is /var/www/html. In this container you have Apache running, that's where /var/www comes from.

To list all the files run ls -l. To discover where Nextcloud stores my data, let's open the config.php file to sneak a peek.

Here they are, files and folders! Photos are stored into Photos folder.

My private cloud is ready and now I can safely store my HD pictures on it! Sky is the limit!

Not yet 🚫 I do have two limits:

How to build your virtual workspace

how to deploy a docker container on aws lambda

Rossano D'Angelo
Application engineer at The LEGO Group. I like reading manga. All my opinions are belong to me.
The forgotten `with` statement — and why you shouldn't use it
#javascript #programming #productivity #codequality
Deploying a Phoenix 1.6 app with Docker and Elixir Releases
#docker #elixir #phoenix #web
12 Simple HTML Snippets To Avoid Complex Libraries ⚡✨
#html #css #programming #productivity