Git is one of the most used tools in the tech industry as it efficiently solves the version control issue. Without git, even a simple project might end up looking like this:

Git helps to keep track of different versions of a single code base by tracking all changes. With git, even a complex project (Material UI) ends up looking condensed like this: 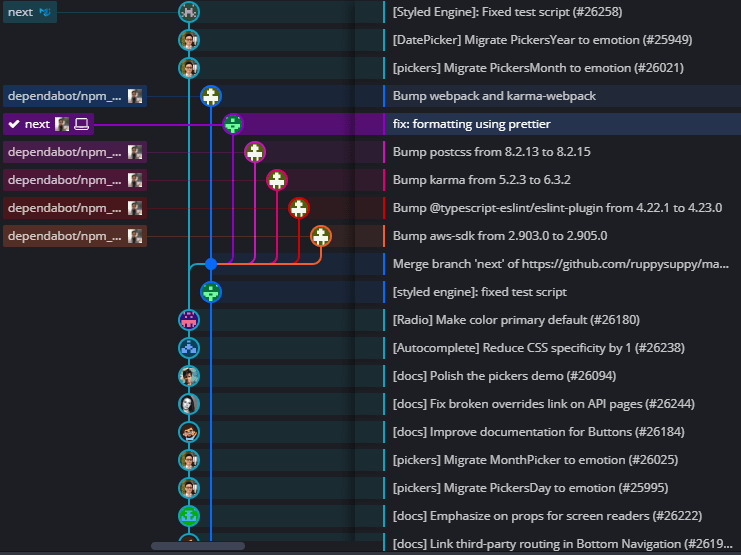 Even though git is a really useful tool, everyone (including me) while starting, has a lot of issues wrapping their heads around how it works. This article aims at demystifying git for you.

To use git you will need to install it. You can download and install git from git's website. Make sure you add git to Path in case you are using it on Windows. In Linux, you can directly install it from the terminal using:

After installation is complete, to check if git was installed properly execute the command:

Git works by storing a snapshot of the entire repository at any given point of time when you commit changes (a commit can be considered to be an equivalent of a save). So whenever you wish, you can go back to any previous commits and make modifications.

Before you can use any functionalities of git, you would require a repository. To initialize a repository use:

To stage changes, use:

Or if you are lazy like me, stage all changes using:

Finally, we come to committing changes. To save the changes you have staged, use:

You have successfully made your first commit!!!

But what if I make some mistakes in an old commit 😨???

Fret not my friend, git also has two solutions for that:

Let's break down the command. We are using git reset <reset types> HEAD~<number of commits to undo>

The most commonly used reset typess are:

You might also have noticed that every commit is associated with a hash.

You can also use the hash to undo a specific commit:

On breaking down the command, we find git revert <commit hash>.

An additional commit is added on reverting modifications

Wow!!! We have made it quite far; pat yourself on the back for the progress!

Now let's dive into a few more basic git features which are a bit harder to grasp.

It is possible that you would be working on multiple different features at once. Scoping all changes in one location is a perfect recipe for disaster for this case, and since you are learning git, you definitely would like to keep track of several copies of the same project.

Git has you covered! There is a feature to create branches of the code to scope modifications like feature additions, bug fixes, etc to only one branch, which may later be merged with other branches.

To create a new branch use:

To switch to an existing branch use:

Merging branches may result in conflict if, in both of the branches, the same part of the same file was updated. In such a case, git doesn't know which change to keep and which to discard. So git creates a conflict message for manual review.

The conflict message outlines where the conflict occurred as well as the current (available in the branch) and incoming changes (merging from another branch). 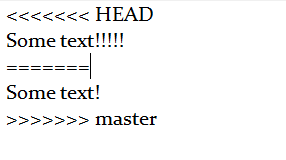 After resolving the conflict, you need to add a commit to save the resolved merge.

In this article, we learned the basic concepts and commands of git and how to add it to a project. Now you have this skill in your arsenal and would be able to use it in your projects to maximize your productivity :)

Stay tuned for the article next week, where we will be diving into how to use git for remote repositories hosted on sites like GitHub.

Research says, writing down your goals on pen & paper makes you 21% to 39% more likely to achieve them. Check out these notebooks and journals to make the journey of achieving your dreams easier: https://www.amazon.com/Tapajyoti-Bose/e/B09VGDDHRR

Want to see what I am working on? Check out my GitHub

I am a freelancer who will start off as a Digital Nomad in mid-2022. Want to catch the journey? Follow me on Instagram

Follow my blogs for weekly new tidbits on Dev

Connect to me on:

How I organised my life transforming it digitally over 5 years

Once suspended, ruppysuppy will not be able to comment or publish posts until their suspension is removed.

Once unsuspended, ruppysuppy will be able to comment and publish posts again.

Once unpublished, all posts by ruppysuppy will become hidden and only accessible to themselves.

If ruppysuppy is not suspended, they can still re-publish their posts from their dashboard.

Once unpublished, this post will become invisible to the public and only accessible to Tapajyoti Bose.

Thanks for keeping DEV Community 👩‍💻👨‍💻 safe. Here is what you can do to flag ruppysuppy:

Unflagging ruppysuppy will restore default visibility to their posts.