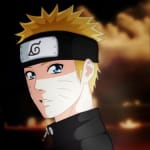 How I misunderstood Lombok

So This time around, I didn't wanted to make the same mistake, which brings us back to this post.

Let's start with a simple exercise for people familiar with lombok and dependency injection. What do you think should be the generated code from the following block

But if it would have been the case, then we wouldn't be here, would we...
So lets see what it actually generates

But that's strange, I can clearly see that I have annotated my field with @Named, and so how would it even find the correct dependency to inject, if it will not have the name discovery during dependency injection.

Well as it turns out, lombok doesn't respects all annotations, since it gets too complicated to implement that behaviour. You can go through the github issues for details 1 2

So now that we know that this is the case, the question is how to resolve this.

I prefer 2, because of couple of reasons

Learn These 4 Essential Skills Of A Web Developer In 2022!

Once suspended, satylogin will not be able to comment or publish posts until their suspension is removed.

Once unsuspended, satylogin will be able to comment and publish posts again.

Once unpublished, all posts by satylogin will become hidden and only accessible to themselves.

If satylogin is not suspended, they can still re-publish their posts from their dashboard.

Once unpublished, this post will become invisible to the public and only accessible to Satyarth Agrahari.

Thanks for keeping DEV Community 👩‍💻👨‍💻 safe. Here is what you can do to flag satylogin:

Unflagging satylogin will restore default visibility to their posts.