People sometimes wrongly use the terms web scraping and web crawling synonymously. Although they’re closely related, they’re different actions that need proper delineation — at least, so you can know which one is ideal for your needs at a certain point in time. And understand what the differences are.

So starting with web scraping, let’s dive into the nitty-gritty of each of these two web actions.

Why Scrape the Web?

With millions of information getting scraped daily, data scraping is now a part of the new internet trend. Despite this, Statista still estimated the amount of data generated on the internet in 2020 alone to be 64.2 zettabytes. It then projected that this value would’ve increased by more than 179 percent by 2025.

Big organizations and individuals have used the data available on the web for purposes including, but not limited to: predictive marketing, stock price prediction, sales forecasting, competitive monitoring, and more. With these applications, it’s glaring that data is a driver of growth for many businesses today.

Additionally, with the world now drifting more towards automation, data-driven machines are now springing up. These machines, as accurate as they are, feed on data using machine learning technology. A strict rule of machine learning requires that an algorithm learns patterns from big data over time. Thus, it probably would’ve been impossible to train machines without data. Nonetheless, images, texts, videos, and products on e-commerce websites are all valuable information that drives the world of artificial intelligence.

It’s, therefore not far-fetched, why existing companies, start-ups, and individuals resort to the web to gather as much information as they can. Ultimately, it means in today’s business world, the more data you have, the more likely you are to be ahead of your competitors. Thus, web scraping becomes essential.

What Is Web Scraping? 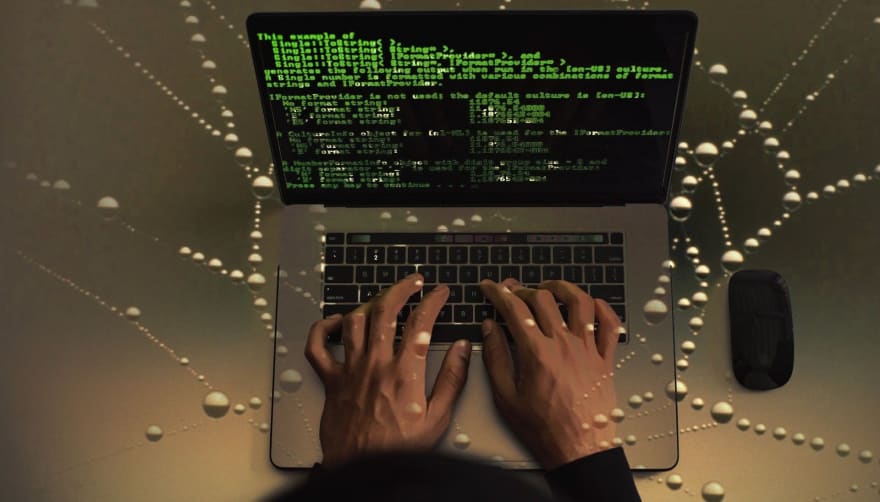 Web scraping, as it sounds, is an act of extracting or sweeping off information from the web. Regardless of the target data, web scraping may be automated using scripted languages and dedicated scraping tools or done manually via copying and pasting. Manual web scraping, of course, isn’t practical. And while writing a scraping script might help, it can be costly and technical as you might need to hire a programmer for it.

However, using automatic no-code web scraping tools makes the process easy and faster without shedding huge bucks. Automatio, for instance, in addition to its versatile automation toolset, also offers a reliable, flexible, fast, and efficient out-of-the-box no-code tool for scraping any website. So it lets you get as much data as you want, and you can design your scraping bot in no time without writing a single line of code.

How Do Web Scrapers Work?

Web scrapers use the hypertext transfer protocol (HTTP) to request data from a web page using the get method. On most occasions, once it receives a valid response from the web page, a scraper collects updated content from the client side. It does so by attaching itself to specific HTML tags containing readily updated target data.

There are many methods of web scraping, though. For instance, a scraping bot can evolve to request data directly from another website’s database. Thus, getting real-time updated content from the provider’s server. This type of request to another database from a data scraper usually requires that the website offering the data provides an application programming interface (API), which uses defined authentication protocols to connect the scraper to its database.

Web scrapers created using Python, for instance, may use the request.get method to retrieve data from a source or use dedicated web scraping libraries like BeautifulSoup to gather rendered content from a web page. Those built using JavaScript typically depend on fetch or Axios to connect and get data from a source.

After getting the data, scrapers often dump collected information into a dedicated database, a JSON object, a text file, or an excel file. And because of the inconsistencies in the gathered information, data cleaning often follows scraping.

Whether you use third-party automated tools or code from scratch, web scraping involves any or a combination of these methods:

What Is Web Crawling and How Does it Work? 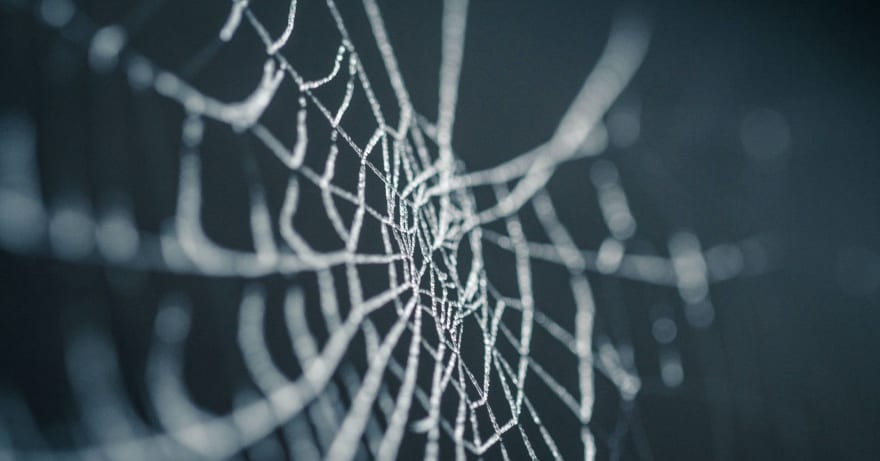 While a crawler or a spider bot might download a website’s content in the process of crawling it, scraping isn’t its ultimate goal. A web crawler typically scans the information on a website to check specific metrics. Ultimately it learns about a website’s structure and what it’s all about.

A crawler works by collecting Unique Resource Locators (URLs) belonging to many web pages into a crawl frontier. It then uses a site downloader to retrieve content, including the entire DOM structure, to create replicas of browsed web pages. It then stores these into a database, where they can be accessed as a list of relevant results when queried.

Thus, a web crawler is a programmed software that serially and rapidly surfs the internet for content and organizes them to display relevant ones upon request.

Some crawlers like Google and Bing bots, for instance, rank content based on many factors. A notable ranking factor is the use of naturally occurring keywords in a website’s content. You can view this as a seller collecting different items from a wholesale store, arranging them in order of importance, and providing the most relevant to buyers on request. Invariably, a crawling bot typically branches into related external links it finds while crawling a website. It then crawls and indexes them as well.

There are many crawlers out there besides Google and Bing bots, though. And many of them also offer specific services besides indexing.

Unlike a web scraper, a crawling bot surfs the web continuously. In essence, it’s automatically triggered. It then gathers real-time content from many websites as they get updated on the client side. Moving across a website, they recognize and pick up all crawlable links to assess scripts, HTML tags, and metadata on all its pages, except for those restricted by one means or another. Sometimes, spider bots leverage site maps to achieve the same purpose. Websites with sitemaps are, however, faster to crawl than those without one. 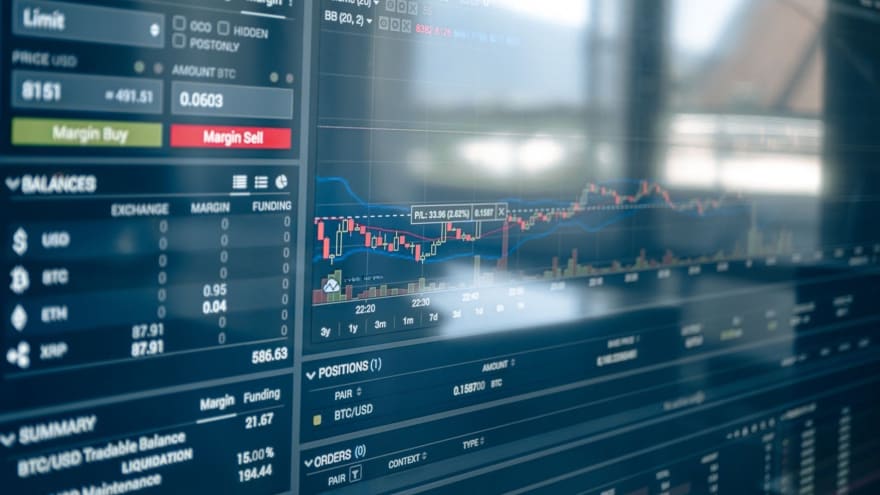 Unlike web scraping, web crawling has more applications ranging from Search Engine Optimization (SEO) analytics to search engine indexing, general performance monitoring, and more. And part of its applications may also include scraping a web page.

While you might manually scrape the web slowly, you can’t crawl it all by yourself, as it requires faster and more accurate bots; this is why they sometimes call crawlers spider bots.

After creating and launching your website, for instance, Google’s crawling algorithm automatically crawls it within few days to display semantics like meta tags, header tags, and relevant content when people search for it.

As earlier highlighted, depending on its goal, a spider bot might crawl your website to extract its data, index it in search engines, audit its security, compare it with competitors’ content, or analyze its SEO compliance. But despite its positives, like web scrapers, we can’t sweep the possible malicious use of crawlers under the hood.

Based on their applications, crawling bots come in various forms. Here is a list of the different types and what they do:

To narrow the explanations down, here are the notable differences between scraping and crawling:

While we’ve maintained that crawling and scaping are different in many ways, they still share some similarities:

Can You Block Crawling and Scraping on Your Website? 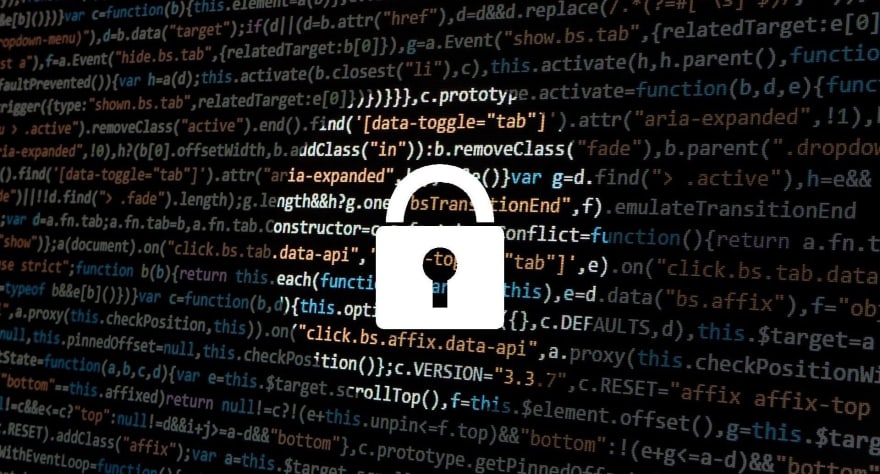 Of course, you can go the extra mile and wade off these bots. But while you might want to prevent scraping bots from accessing your content, you need to take care when deciding whether you should block crawlers or not. Unlike scraping bots, spider bots’ crawling influences the growth of your website. Preventing crawling on all of your web pages, for instance, might hurt your discoverability as you might end up obscuring pages with traffic-driving potential.

Instead of blocking bots outrightly, a best practice is to prevent them from accessing private directories like the admin, registration, and login pages. This ensures that search engines don’t index these pages to bring them up as search results.

Although we’ve mentioned using robots.txt earlier, there are many other methods that you can use to defend your website against bots invasion:

The internet, however, follows strict rules when it comes to cross-interaction between software belonging to different origins. So in cases where a resource server doesn’t authorize a bot from another domain, web browsers consequently block its request via a rule called cross-origin resource policy (CORS).

It’s therefore hard to download data from a resource database directly without using its API or other means like authentication tokens to authorize requests. Additionally, robots.txt, when found on a website, explicitly states rules for crawling certain pages. Thus, it also prevents bots from accessing them.

But to avert this blockade, some bots mimic real browsers by including a user-agent in their request headers. Ultimately, CORS sees such a bot as a browser and gives it access to the website’s resources. And since robots.txt only prevents bots, such bypass easily fools it and renders its rules impotent.

So despite several preventive measures, even tech giants still have their data scraped or crawled. So you can only try to put control measures in place, too.

Despite the differences, as you can see by now, web crawling and scraping are valuable data collection techniques. So since they have some key differences in their applications, you must explicitly define your goal to know the right tool to use in specific scenarios. Moreover, they’re essential business tools that you don’t want to discard. And as mentioned earlier, whether you intend to scrape a web page or crawl it for some reason, there are many third-party automating tools to achieve your aim. So feel free to leverage them.

How to use Playwright with GitHub Actions and GitHub Pages

How to create a send button with animation - Step-by-step

Once suspended, shtefcs will not be able to comment or publish posts until their suspension is removed.

Once unsuspended, shtefcs will be able to comment and publish posts again.

Once unpublished, all posts by shtefcs will become hidden and only accessible to themselves.

If shtefcs is not suspended, they can still re-publish their posts from their dashboard.

Once unpublished, this post will become invisible to the public and only accessible to Stefan Smiljkovic.

Thanks for keeping DEV Community 👩‍💻👨‍💻 safe. Here is what you can do to flag shtefcs:

Unflagging shtefcs will restore default visibility to their posts.