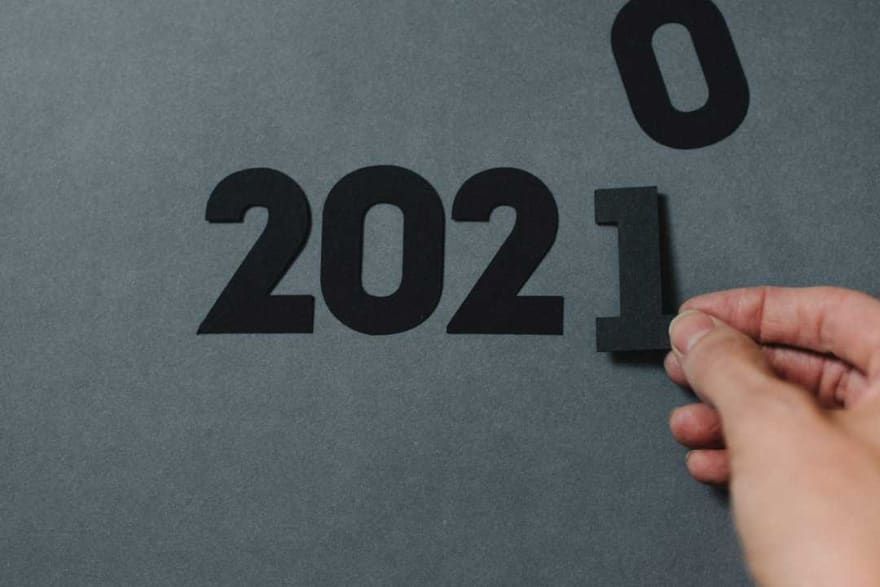 2021 was an immersive year for me, After quitting my full time job at 4D in early November 2020, I was actually in a tough spot, I had only a few bucks on my bank account and as I was living alone, I had to find a new job to get food on the table but at the same time I didn’t want to commit the same mistake and quitting once again quickly.

So I started working on a few open source projects like ontwik-ui which is this headless UI library like Tailwind’s headless UI but doesn’t require the usage of TailwindCSS and uses a different architecture. I also made a Next js version of my Gatsby portfolio template, upgraded most of my boilerplates/starters.

On the side, I consistently worked on Ontwik and used to be active on Ben Awad’s Discord server where I spotted a job post from Florian (who’s now one of my best business partners that I enjoy working with) who was looking for a React Native developer and decided to give it a try, we had a short call and I started working with him, few weeks later, I started exchanging technical emails with Greg who found my profile on YC’s work at a startup website. At the beginning of December 2020, he decided to hire me part-time to help the team maintain and rebuild The Landing which later on turned into a full time job.

During the same month, Greg introduced me to his friends at Parafin who decided to hire me part-time to help build an early prototype web SDK in React. It was stressful but I really loved it and it was fun to work on lots of different projects at the same time.

At The Landing, I had to implement sign in with Google, but to my surprise the app depended on Shopify a lot including saving users as customers on Shopify, which made it hard to implement Google sign in, after a long discussion with the team, we decided to bring in my good friend Jeffery who’s my co-founder at Ontwik as well, he’s the one who built all the micro services, dockerized them and automated their deployments. After Jeffery joined us, we picked the hype beast stack (TypeScript, GraphQL, Next js, typeORM, type-graphql, postgres, redis, Apollo server/client) and started rebuilding The Landing from scratch, it took us ~40 business days to complete the scalable MVP to launch it to the public and The Landing managed to raise $2.5M in a seed round. The public launch was super cool and it was really fun at that time to be working at The Landing.

After the launch, Greg moved on to his next adventure in life and we were left without a technical manager, Greg was so friendly & had a great experience from various companies including AirBnb. On top of being a good manager, he used to write code too and all of us enjoyed working with him. After Greg left, there was a missing piece in the board, as a result, some bad decisions were taken by the board members which affected us negatively and impacted the platform. And started hiring profiles based on specific criterias like their geolocation and gender rather than targeting skilled and passionate developers no matter what their race or gender is. All of this contributed to my decision of quitting after spending 11 months working on the platform.

At Parafin, things were cool until the team decided to bring in a junior developer who was arguing more than working, I decided to quit though I really enjoyed building the SDK web prototype, my dad helped with some maths too, it was fun nonetheless. I’ll never forget that useSlider hook & all the integration tests I wrote.

With Florian, we worked on a mobile app using React native and TypeScript, then a Gatsby js website, we completed the work on those projects and eventually had to take a break.

I also kept working on Ontwik with my co-founder and managed to launch the public beta, Greg was actually our first customer as he hired a good frontend developer to help us at The Landing, though we didn’t charge Greg anything, we got his testimonial and word of mouth did help to attract another customer which I’ll talk more about later on.

I also joined Cosmic for a month, I fixed some bugs on the documentation website, setup the codebase of the new Cosmic dashboard, implemented authentication though I was against storing JWT on localStorage, but the backend didn’t want to go with a secure http only cookie even tough this has some security vulnerabilities, after implementing few features I decided to move on but recommended a friend of mine who took over my work.

Also a quick reminder that all these events were happening at the same time on parallel.

I then joined Rare things which needed help on their Next js app that fetches products from certain Shopify stores and used Stripe checkout, their app was targetting indie artisans and showcased their work and products in a good UX. Emily was also our second customer on Ontwik and the first one to process the first successful transaction. She hired two developers from Ontwik and we worked on the auction feature which unfortunately never went live even though it was all built up and ready for launch. Few weeks later, the project shut down and each of us moved on.

After I left The Landing, I got some good offers offering relocation to Europe, I decided to go with Burda and passed lots of interviews, it turns out both Burda and its company Jameda wanted to hire me, I decided to go with Jameda because of a previous experience with digital health products. They did their best and took care of my relocation to Germany, it did take more than 3 months but everything worked out and I’m expected to be in Munich on 1st March 2022.

During that period (the 3 months), I worked few part time jobs like Dopewars and LinksDAO and most of them were in the crypto space, I’ve been following the space since 2017 but nowadays there are lots of cool products to build on like Hardhat, ethers js and tons more, some are open source, others are backed by their tokenomocis while others are profitable businesses backed by VCs and their revenue.

I also joined Formspree to work part time with them, I initially worked on their Vercel integration, then moved on to work on their dashboard and later on started working on implementing Stripe on their core library, to then adding support to that as well on their React library with a fork of Vercel’s conference starter kit but tickets have to be purchased.

Here’s a summary of things I learned, created, earned and shared.

Data about this blog during 2021

Apologies for being late publishing this article, both 2021/2022 have been busy years so far.