Well, we use this word in our daily life so many times. We often make promises to ourselves , sometimes we keep them and sometimes break them 😉. Does it have the exact same meaning when it comes to Programming ?

Well, sort of!. To make this understand we should recall what is the purpose of handling asynchronous data. In an asynchronous manner, what we are doing, first we complete the primary task and then only we try to accomplish susequent task.Here, primary task is a kind of a promise. Now, let us find out how are they exactly behave in programming context. 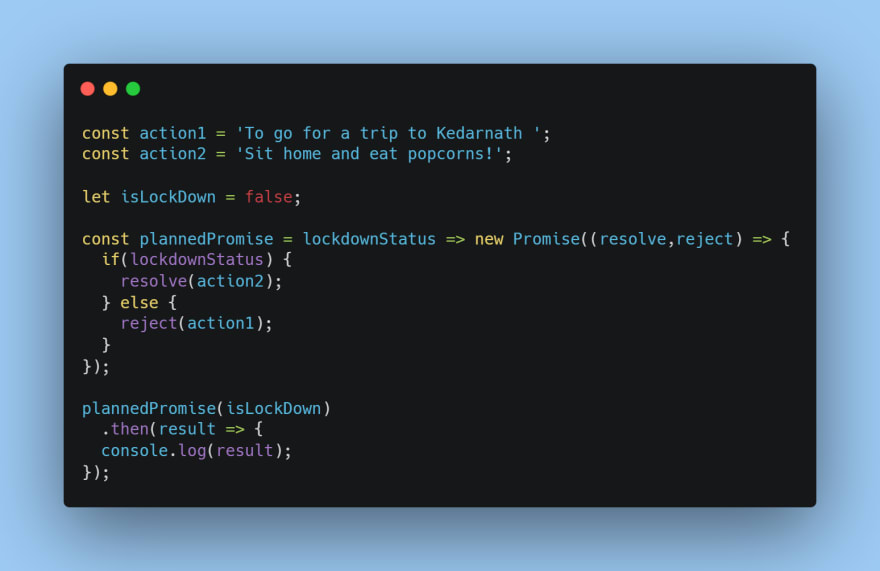 Now, take a practical example. A user is trying to sign in a website. Here, authentication api is called if it is going to return a token then only user is allowed to see dashboard. 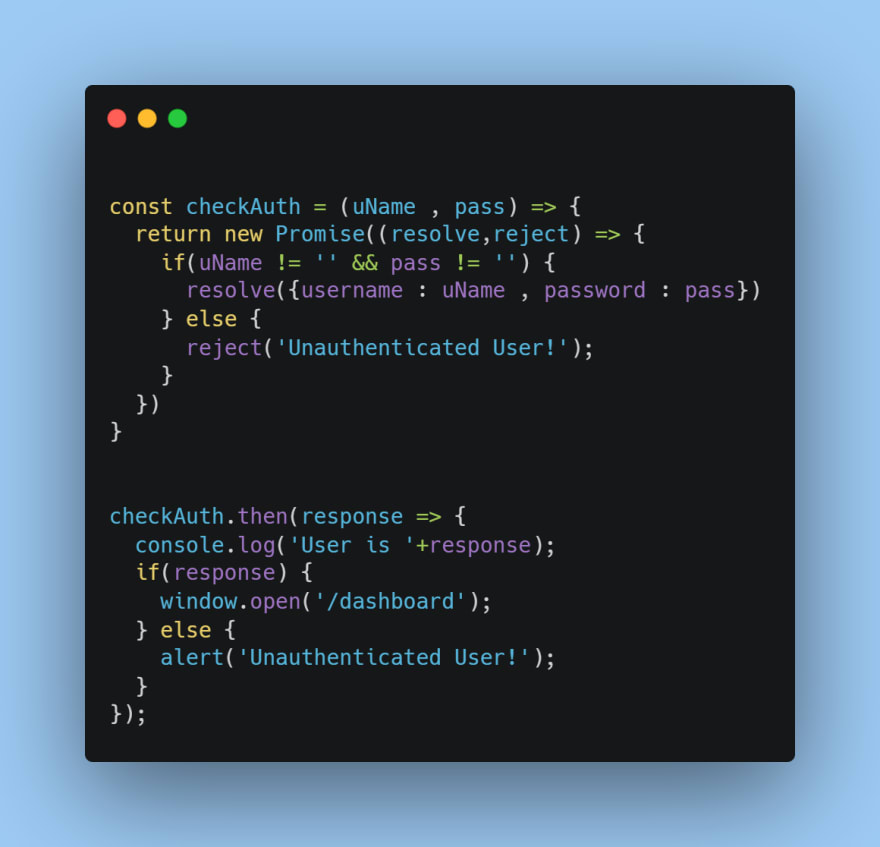 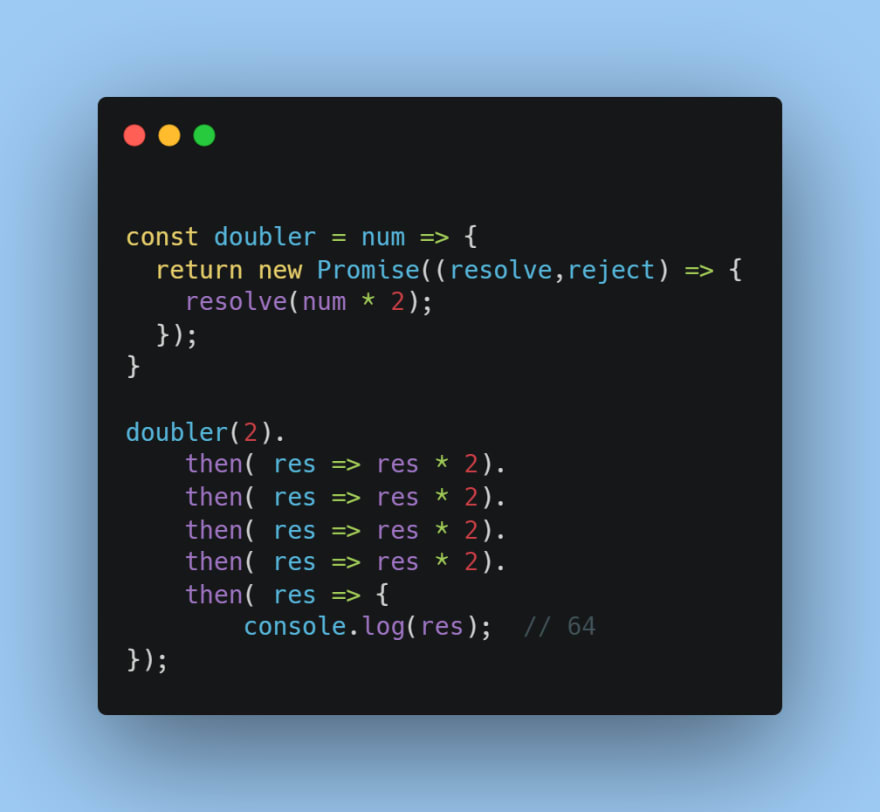 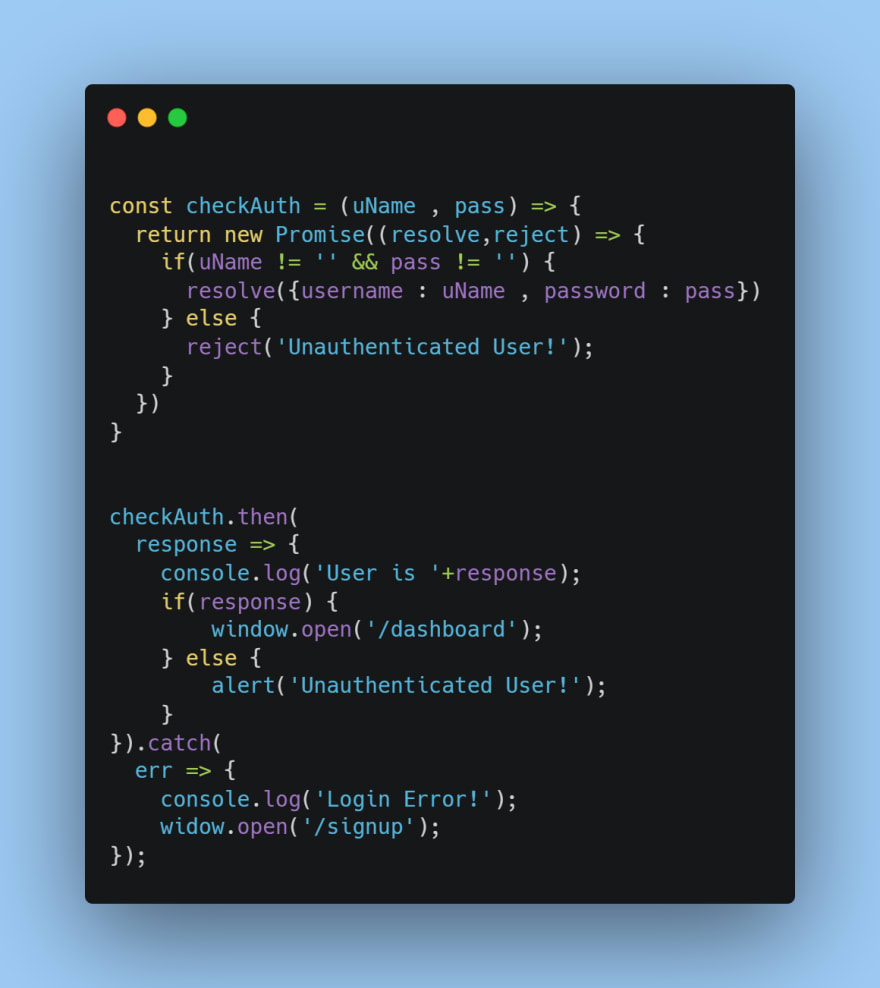 So to overcome the drawbacks, async-await is introduced
We will see what are they and how they work in the next blog.

Thanks for reading the article!!!.Feel free to drop me here if you have any doubts and suggestions!