At Tauri we originally built our CLI with typescript and node.js, but we've been looking into alternatives for a while. In that vein, we just POC'd building a Tauri app with Deno (instead of node.js)

We won't explain how to install the toolchains (deno, rust and tauri), and expect you to have already built your first Tauri apps already. But if you are new to all of this, here are the details: 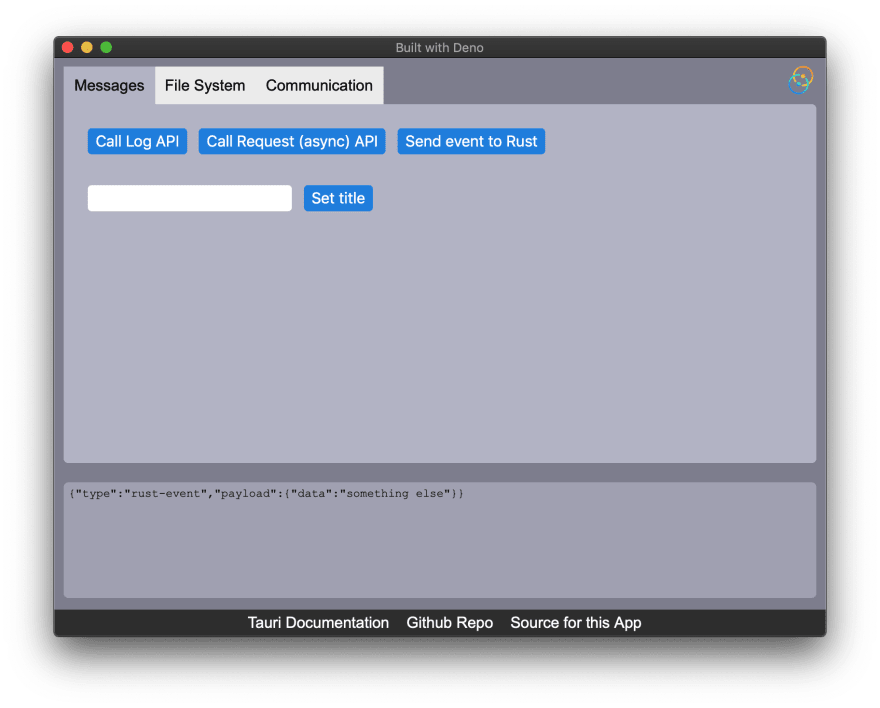 The second time you run deno build, you'll have all the deps already installed and the rust crates as well, so let's see how long it takes on MacOS (this isn't a scientific bench):

The ~1 minute build time might seem like it takes a long time, but we are actually using these antibloat techniques only possible when single-threading.

Also, if you are trying this in your own project, you should know that you will have to run yarn tauri dev at least once in order to create index.tauri.html. We haven't started porting the inliner to deno.

Nevertheless, deno performs better in both cases - without antibloat almost twice as fast, and just building a .app its about 4.5x faster. So I absolutely have to agree with Lucas' sentiment:

Rust & Cross-compiling from Linux to Mac on GitHub Actions

Once suspended, tauri will not be able to comment or publish posts until their suspension is removed.

Once unsuspended, tauri will be able to comment and publish posts again.

Once unpublished, all posts by tauri will become hidden and only accessible to themselves.

If tauri is not suspended, they can still re-publish their posts from their dashboard.

Once unpublished, this post will become invisible to the public and only accessible to Daniel Thompson-Yvetot.

Thanks for keeping DEV Community 👩‍💻👨‍💻 safe. Here is what you can do to flag tauri:

Unflagging tauri will restore default visibility to their posts.