A friend who is just getting into using Nodejs for backend development asked me to explain the difference between using session and jwt. So I thought I’d write this for any other person trying to understand what it means when you hear other developers talk about sessions and token based authentication.

Firstly, let’s talk about the HTTP (HyperText Transfer Protocol). From a quick Google search we get that:

HTTP is the underlying protocol used by the World Wide Web and this protocol defines how messages are formatted and transmitted, and what actions Web servers and browsers should take in response to various commands.

From the above definition, we can tell that HTTP is what enables communication between a client (frontend) and a server (backend). HTTP is stateless so each request made is totally unaware of any action taken previously. Say for example we just logged into our twitter account and we navigate to our settings page, with the default HTTP behavior, we would be required to log back in again because the server has no idea that we just logged in but with session and token authentication we can tell the server that we are already logged in and we have should be granted access to that page.

What is session based authentication? 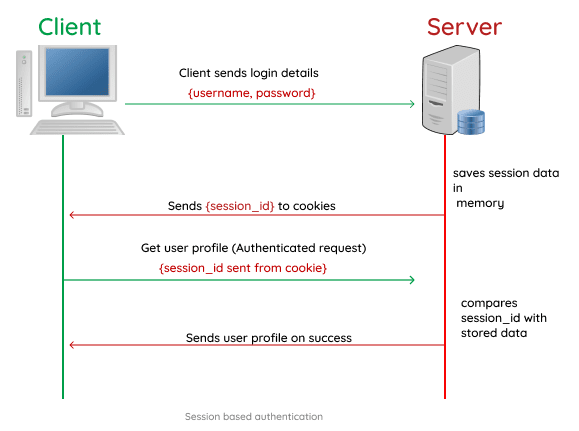 What is token based authentication?

There really isn’t a preferred method for authentication, both methods can be used interchangeably or together to create a hybrid system. It all boils down to the developer and the use case.
However, it is worth noting that token based authentication scales better than that of a session because tokens are stored on the client side while session makes use of the server memory so it might become an issue when there is a large number of users using the system at once.

Add a friendly HTTP polling to your API with Retry-After

Brian Iyoha
🎉 After 2 years I finally finished my portfolio🎉
#javascript #react #career #showdev
What is your preferred programming language and why?
#discuss #webdev
Navigating a new code base
#discuss #career #codenewbie