Everybody uses Google Map, or at least the people I know. It's handy, ubiquitous and accurate (most of the time). In order to integrate Google Map to your site, you need to have a good knowledge of the Maps JavaScript API. Now, with the invention of Web Components, this is all you need for a nice window of Google Map: 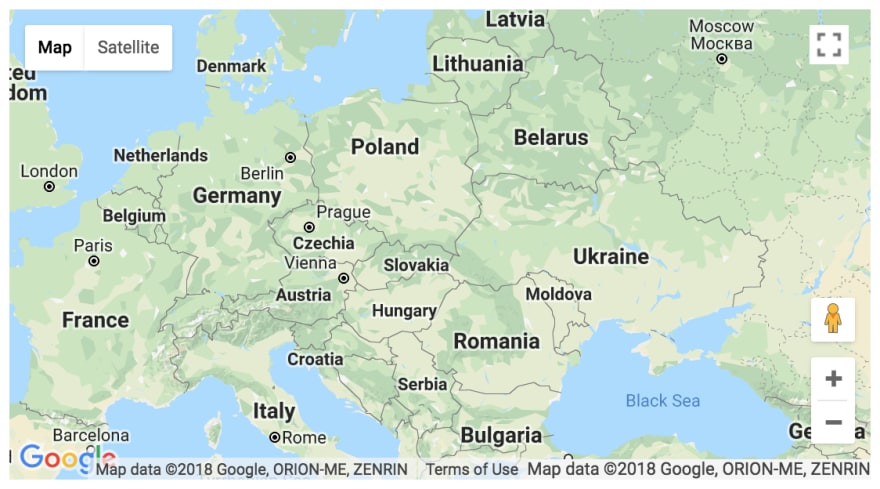 Too good to be true? That's Web Components for ya 😉 Let's look at some more examples on how to utilize this powerful web component.

Displaying the marker and the poly in Google Map

The google-map web component also provides some other useful sub-elements to use with:

For example, here's how you would use a marker (click HTML to show the code):

As you can see from the code, a longitude and a latitude value are needed for the marker. You may include as many markers in a single map as possible, the attribute fit-to-markers makes sure that all of them are in the view. Well, it does not function in my demo.

What is the difference between a google-map-point and a google-map-marker? A marker can be displayed directly inside google-map and draggable, while a point is fixed and can be only used as children of google-map-*, such as google-map-poly:

I couldn't succeed in making google-map-directions and google-map-search work, the same things happened several months ago when I first tried these. Feel free to check out and fork the pen here:

And if you got it working, please leave a comment below to teach me :)

With the invention of Web Components, things might have gone two steps easier for developers to integrate technology like Google Map in a website. And the best thing about Web Components is that in a few years, all of its standards will be available in every browser natively.

Once suspended, thisisbinh will not be able to comment or publish posts until their suspension is removed.

Once unsuspended, thisisbinh will be able to comment and publish posts again.

Once unpublished, all posts by thisisbinh will become hidden and only accessible to themselves.

If thisisbinh is not suspended, they can still re-publish their posts from their dashboard.

Once unpublished, this post will become invisible to the public and only accessible to Binh Bui.

Thanks for keeping DEV Community 👩‍💻👨‍💻 safe. Here is what you can do to flag thisisbinh:

Unflagging thisisbinh will restore default visibility to their posts.