What is data structure? It is a way of storing and organizing the data in memory. Different data structures (e.g., arrays, stacks, queues, etc.) organize data in different ways. You will look at linked lists today in terms of time and space complexity along with an example.

Linked lists are a linear data structure or collection of values where they are all stored sequentially. They are more efficient compared to arrays when it comes to insertion and deletion O(1) vs O(n) time complexity. The inefficiency in arrays is from shifting the elements after an insertion or deletion, thus O(n). In terms of space complexity, the storage is occupied in memory for arrays regardless if they contain elements or not. When appending to the end of an array and the capacity is reached, space is doubled with a new array and values copied over from the existing array. For linked lists, the space complexity is also O(n) due to the fact that you have to keep track of additional pointers, which occupy space.

Let’s look at some code now. To create a linked list data structure of integers, it can look like this:

In a linked list, you have a reference to the next node and a value for the current node.

To insert data into the ListNode, you can do the following:

In the example above, you are creating two lists: list1 and list2. It is a good idea to check if you have inserted the elements properly. So let’s do that. Recently, I learned a neat way to print out the values in the linked list from Kevin Lau and Vincent Ngo’s book on Data Structures and Algorithms in Swift. Let’s jump into the code and then I’ll explain what we did after. 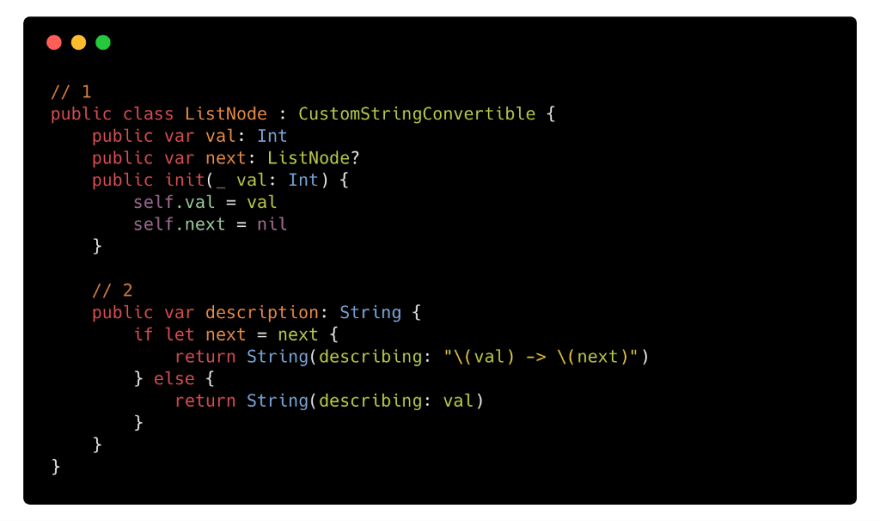 In the code above, you first conform to the CustomStringCovertible protocol and second, implement the description. The description implementation uses string interpolation to print the node’s value and the next node’s value. So when you passListNode to String(describing:) initializer, the print(_:) function will use the value returned by the description. Looking at the example above, the lists are printed as follows:

Printing the elements in the linked lists

Let’s extend the example and merge the two lists into one sorted list. You can assume that each list is in sorted order. There are 3 cases that you will be handling: 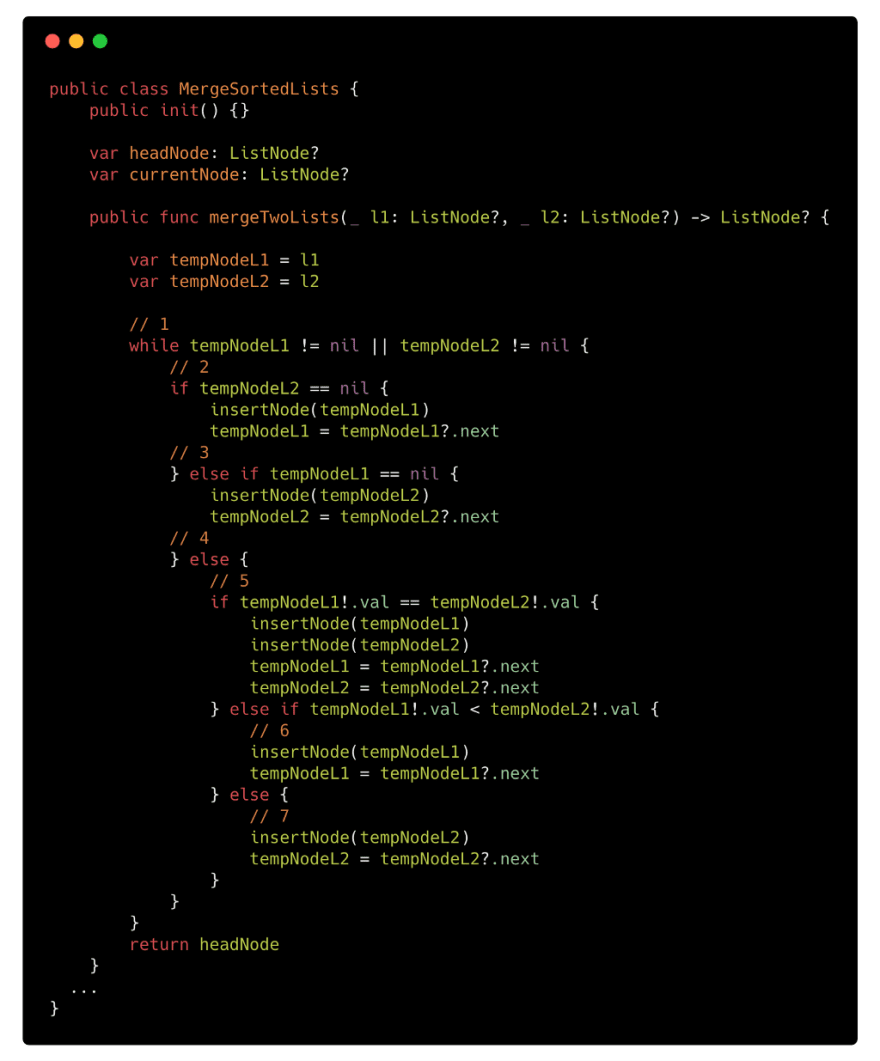 You will create temporary nodes to reference the two sorted lists and perform the following:

The insertNode function is shown below: 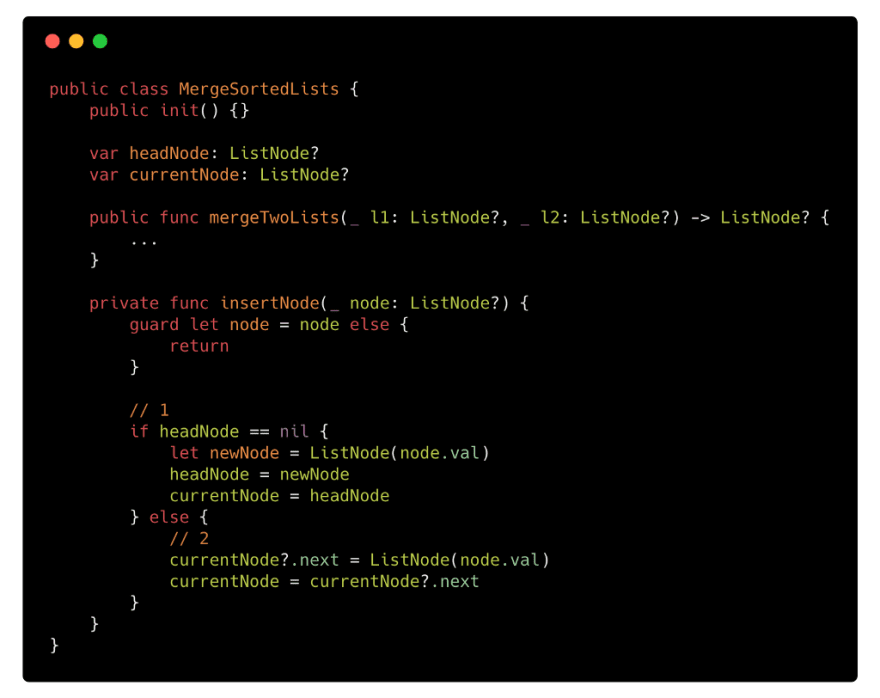 There are two parts to the insertNode logic:

Overall, the insertion is O(1) constant time. This is achieved by keeping track of the node that is recently inserted. Last but not least, here is the printed solution of the merged list:

Where to go from here?

Explore other topics in Kevin Lau and Vincent Ngo’s book on Data Structures and Algorithms in Swift.

Once suspended, tiptopgs will not be able to comment or publish posts until their suspension is removed.

Once unsuspended, tiptopgs will be able to comment and publish posts again.

Once unpublished, all posts by tiptopgs will become hidden and only accessible to themselves.

If tiptopgs is not suspended, they can still re-publish their posts from their dashboard.

Once unpublished, this post will become invisible to the public and only accessible to Jen Chang.

Thanks for keeping DEV Community 👩‍💻👨‍💻 safe. Here is what you can do to flag tiptopgs:

Unflagging tiptopgs will restore default visibility to their posts.