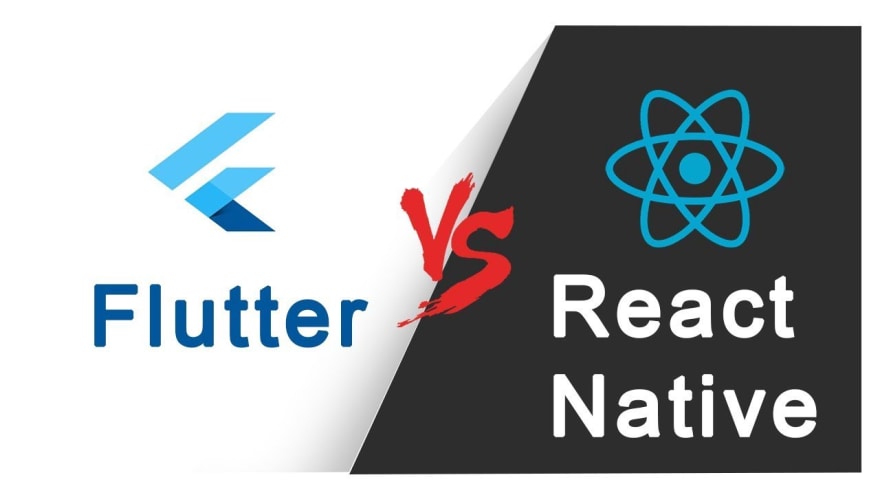 Many Mobile Companies are investing a lot to be on top of the competition as technology is growing very fast. Every company wants to increase their sales in comparison with the rival company. New mobiles are launching in the electronic market with high features and low prices.

As mobile phones are getting smarter, users are also going smarter by the day. Every customer does research about its features and technology used before select and purchase. When it comes to Android OS and iOS development, every business thinks over that how they can best provide their customer a mobile app with superlative UI (User Interface) and outstanding UX (User Experience). Businesses try to provide apps those are compatible with multiple platforms and faster to develop at one place. Then Flutter and RN (React Native) comes in the place. Both are cross-platform frameworks to develop mobile apps.

Flutter is a cross-platform mobile app development SDK. It is free and open source platform. Flutter is developed by Google to develop applications for iOS and Android. It uses Dart programming language created by Google.

React Native is a framework which helps to develop exciting and real mobile apps with the help of JavaScript. It supports both Android and iOS platforms.
Although there are similarities between Flutter and React Native, both are different and uses different programming languages. If you are a mobile app developer then you must know about the differences between Flutter vs React Native. Here we are providing a thoughtful list of differences between both frameworks.
Flutter is initially released in 2017 while React Native released in 2015.

React Native is existing for more than 3 years, that’s why it is supported by all available IDEs. On the other side, Flutter is supported by limited IDEs which includes Android Studio, VS Code and IntelliJ IDEA.

Flutter’s Code structure differs a lot from React Native. Flutter does not need to separate the style, data, and templates for developers. In flutter, almost all required tools are easily accessible from the same locations. This saves developers time and making it more convenient. In this aspect, react native is behind from Flutter.

When we talk about the look and feel, React Native won this title as more people recommend JavaScript to use and developers are familiar with this. Flutter scores low in this category.

React Native uses native components for creating the blocks for the user interface. While in the case of Flutter, it works exceptionally well with the sets of proprietary widgets. Proprietary widgets help to get comprehensively customized UI designs with good interoperability but it lacks iOS-styled form components. So user experience with React Native is must better than Flutter.

When we talk about the development time, these days companies have proved their excellence in providing on-time delivery as per commitment and for this React Native is the best companion for developers as well as companies from all other companions. Flutter is new comparatively React Native. So it requires more time to develop projects in this particular aspect. React Native has ready to use components that save time to develop projects without creating many problems for developers.

With respect to performance, app developers want to go with Flutter. The mobile application developer who knows these both languages support Google’s Flutter with some extra points due to its Dart frame. In addition, the JavaScript layer connects with its native components easily. React native has a large following but when it comes to hybrid application development, developers know the pain. Flutter makes it easy for developers to reuse existing code. The C++ engine also supports it to get extra rewards.

Stability is the most important part of mobile application development companies. Competition between Flutter and React Native seems very difficult here. Flutter’s available version is not suitable for large projects since it only had the Alpha version. Flutter beta 2 is announced by Google last year. React native has the support of a large community and is quite stable since its launch. 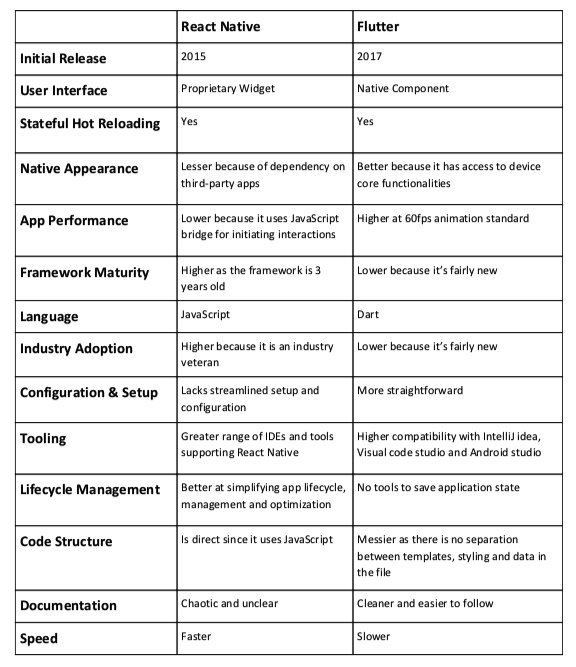 So we provide you the detailed comparison of Flutter vs React Native open-source, cross-platform app development frameworks. In summary, both frameworks have their own importance in particular use. Flutter’s app performance is higher. Its supports 60 fps animations as a standard. But its industry adoption is lower as the only known apps are Hamilton and Flutter Gallery. In the case of RN (React Native), app performance is lower than Flutter as it requires JavaScript Bridge to interact with native components but its industry adoption is higher than Flutter framework. RN is adopted by Facebook, Instagram, Walmart, Skype, LinkedIn, Airbnb etc. n all are popular apps.

If you are looking for flutter tutorials then click here and get the best tutorial.

I am working with Hackr.io as a Community Manager. Learning New things is My Passion. I Love tech writing. I also love to motivate others.

ProGram is a CLI based, self-hosted photo sharing app. You can think of it as Instagram for programmers who want to keep their data secure while still being able to showcase their best shots in a cool gallery style.

Vijay Singh Khatri
@vijaykhatri96
I am working with Hackr.io as a Community Manager. Learning New things is My Passion. I Love tech writing. I also love to motivate others.
work
Community Manager at Cranbery Labs Pvt Ltd
location
India
education
Bachelor of Technology
joined
Sep 17, 2018
More from @vijaykhatri96
Is Flutter the Future of Mobile Development?
#flutter #mobiledevelopment #appdevelopment
Java is going to be replaced by Flutter - How true, is it?
#flutter #java

Trending on DEV
Definitive guides vs articles every day?
#discuss #webdev #healthydebate
React Native vs Flutter vs Ionic vs NativeScript
#reactnative #flutter #ionic #nativescript
May 22nd, 2020: What did you learn this week?
#weeklylearn #discuss #weeklyretro
Is programming an art?
#discuss
14 Developers to Follow on Twitter
#webdev #beginners #motivation #career
Why You Should Stop Being Scared To Write A Blog Post.
#codenewbie #career
What is your favourite programming language and what do you like the most of it?
#watercooler #discuss #developers #programming
Best GitHub Repos for Web Developers
#github #webdev #javascript #productivity