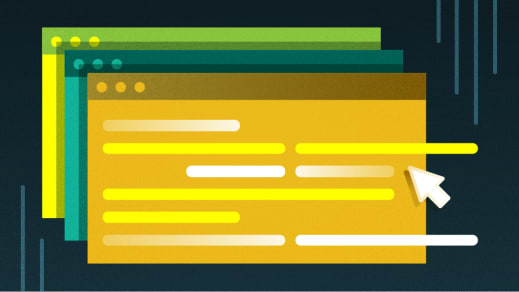 These helpful tips will change the way you work with the popular version control system.

Git is one of the most common version control systems available, and it’s used on private systems and publicly hosted websites for all kinds of development work. Regardless of how proficient with Git I become, it seems there are always features left to discover. Here are seven tricks that have changed the way I work with Git.

We all make typos sometimes, but if you have Git’s auto-correct feature enabled, you can let Git automatically fix a mistyped subcommand.
Suppose you want to check the status with git status but you type git stats by accident. Under normal circumstances, Git tells you that 'stats' is not a valid command:
$ git stats
git: ‘stats’ is not a git command. See ‘git --help’.
The most similar command is status

To avoid similar scenarios, enable Git autocorrection in your Git configuration:
$ git config --global help.autocorrect 1
If you want this to apply only to your current repository, omit the --global option.
This command enables the autocorrection feature. An in-depth tutorial is available at GitDocs, but trying the same errant command as above gives you a good idea of what this configuration does:
$ git stats
git: ‘stats’ is not a git command. See ‘git --help’.
On branch master
Your branch is up to date with ‘origin/master’. nothing to commit, working tree clean
Instead of suggesting an alternative subcommand, Git now just runs the top suggestion, which in this case was git status.

Your code repository is valuable not only for you but also for your organization. You can keep your repository clean and up to date with a few simple practices. One of the best practices is to use the .gitignore file. By using this file, you are telling Git not to store many unwanted files like binaries, temporary files, and so on.
To optimize your repository further, you can use Git garbage collection.
$ git gc --prune=now --aggressive
This command helps when you or your team heavily use pull or push commands.
This command is an internal utility that cleans up unreachable or “orphaned” Git objects in your repository.

4. Take a backup of untracked files

Most of the time, it’s safe to delete all the untracked files. But many times, there is a situation wherein you want to delete, but also to create a backup of your untracked files just in case you need them later.
Git, along with some Bash command piping, makes it easy to create a zip archive for your untracked files.
$ git ls-files --others --exclude-standard -z |\
xargs -0 tar rvf ~/backup-untracked.zip
The above command makes an archive (and excludes files listed in .gitignore) with the name backup-untracked.zip

Every repository has a .git folder. It is a special hidden folder.
$ ls -a
. … .git
Git mainly works with two things:
The working tree (the state of files in your current checkout)
The path of your Git repository (specifically, the location of the .git folder, which contains the versioning information)
This folder stores all references and other important details like configurations, repository data, the state of HEAD, logs, and much more.
If you delete this folder, the current state of your source code is not deleted, but your remote information, such as your project history, is. Deleting this folder means your project (at least, the local copy) isn’t under version control anymore. It means you cannot track your changes; you cannot pull or push from a remote.
Generally, there’s not much you need to do or should do, in your .git folder. It’s managed by Git and is considered mostly off-limits. However, there are some interesting artifacts in this directory, including the current state of HEAD:
$ cat .git/HEAD
ref: refs/heads/master
It also contains, potentially, a description of your repository:
$ cat .git/description
This is an unnamed repository; edit this file ‘description’ to name the repository.

6. View a file of another branch

Sometimes you want to view the content of the file from another branch. It’s possible with a simple Git command, and without actually switching your branch.
Suppose you have a file called README.md, and it’s in the main branch. You’re working on a branch called dev.
With the following Git command, you can do it from the terminal.
$ git show main:README.md
Once you execute this command, you can view the content of the file in your terminal.

Once suspended, vivekagent47 will not be able to comment or publish posts until their suspension is removed.

Once unsuspended, vivekagent47 will be able to comment and publish posts again.

Once unpublished, all posts by vivekagent47 will become hidden and only accessible to themselves.

If vivekagent47 is not suspended, they can still re-publish their posts from their dashboard.