An alternative universe of space and time awaits. An exotic place where 3 + 3 is not always six and the the nexus of time is 2 and a half years after the 1967 summer of love.

A relative psychedelic Bermuda triangle of bending reality you say? 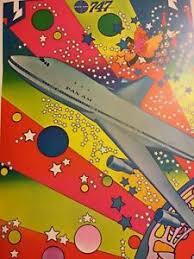 I can not tell you what was or was not involved in this universe's conception. I was not there and anyway if you ask Peter Paul and Mary their most famous song is just about a boy and a dragon and the theme of getting old and thats it. Who knows about those cats with the bitten apple symbol on their machines and what that is supposed to mean - we can only speculate - and end up back at Harvard with Norbert Wiener after the war. But I digress into pop nostalgia. 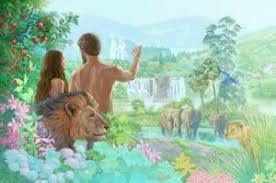 The Nexus of Time - Well apparently there is all kind of time. Solar Time, Greenwich Mean Time, UTC Time, Terrence McKenna had the theory time was constantly speeding up and slowing down with regards to novelty or auspicious events occurring around us. Unix time which computers use seems to be the most Saturnian in its Chronos-like constance and unwavering inhumanity. In this banal godless world the beginning of time was Jan 1, 1970 the "Unix Epoch" and everyday is exactly the same 86,400 seconds winter, spring and fall. Chaos is sometimes defined as complete lack of variation - organization is thus made impossible because no pattern can be created when everything is the same. Bleak.

And what about the Numbers? What the sam-i-el is up with this weird arithmetic Javascript be dropping on our otherwise mundane and quiet financially oppressed police state in between the oceans.

We didn't make it this far without knowing that a fifth of a tenth and also a tenth of a fifth will get you one fiftieth or in regular dimensional non twilight zone math: .2 x .1 = .02
So what is the deal?

Floating Point - well it turns out computers use some kind of binary scientific notation style for their calculations where fractions are referred to as "bicimals" instead of "decimals."

In this land of flying dragons one tenth is a repeating decimal similar to 1/3 being the equivalent of .3333333 on into eternity. While we are accustomed to dealing with these common failures of our own dimensional understanding and allowing for them, we find ourselves shocked when they occur amidst the strange javascript reality. The fault I suppose is ours for thinking we were still in Kansas when we should have known by the technicolor and golden road that we were not.

How to Create an Input Autocomplete with HTML

Docker : Part 1 : A brief concept for firing the containers.

wilijones
At the moment a Student of Web Design and of the grand design of existence.
Tell me about your first ever paid line of code?
#career #html #webdev #css
6 Different Ways I Make Money as a Software Developer  -  You Can Too
#programming #career #startup #learning
Pixxia - Compress your Images in Optimal Quality for FREE
#codenewbie #productivity #beginners #python