Git is the free and open source distributed version control system that's responsible for everything GitHub related that happens locally on your computer. This cheat sheet features the most important and commonly used Git commands for easy reference.

With platform specific installers for Git, GitHub also provides the ease of staying up-to-date with the latest releases of the command line tool while providing a graphical user interface for day-to-day interaction, review, and repository synchronization.

For Linux and Solaris platforms

the latest release is available on the official Git web site.

Git for All Platforms

initialize an existing directory as a Git repository

retrieve an entire repository from a hosted location via URL

Working with snapshots and the Git staging area

show modified files in working directory, staged for your next commit

unstage a file while retaining the changes in working directory

diff of what is changed but not staged

diff of what is staged but not yet committed

commit your staged content as a new commit snapshot

list your branches. a * will appear next to the currently active branch

create a new branch at the current commit

merge the specified branch’s history into the current one

show all commits in the current branch’s history

show the commit history for the currently active branch

show the commits on branchA that are not on branchB

show the commits that changed file, even across renames

show any object in Git in human-readable format

delete the file from project and stage the removal for commit

change an existing file path and stage the move

show all commit logs with indication of any paths that moved

Save a file with desired patterns as .gitignore with either direct string
matches or wildcard globs.

Retrieving updates from another repository and updating local repos

add a git URL as an alias

fetch down all the branches from that Git remote

Fetch and merge any commits from the tracking remote branch

apply any commits of current branch ahead of specified one

Save modified and staged changes

discard the changes from top of stash stack 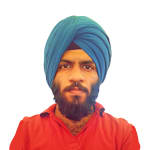