Sometimes it's preferible to keep your local development environment as close to production as possible.

The instructions are slightly different depending on your local environment:

The first thing you will need is to install mkcert which can be done via homebrew or homebrew for Linux.

If you intend to use Firefox, you should also install nss.

Next run mkcert and pass in the the domain names and IPs you want the certificate to include:

mkcert also accepts wildcards but some browsers (Firefox) will not accept those certificates.

After the certificates are generated we can install the local CA by running mkcert with the install flag. This only needs to be done once as this CA will be used to sign all future certificates generated with mkcert.

If this is you first time installing certificates using mkcert you should see the following output:

At this point your can use your generated certificates with your development server.

If you're running the WSL2 then there are few extra steps in order to get the Windows 10 host to accept the validity of the certificates.

First we want to install mkcert on Windows which we can do using chocolatey.

Open a Powershell terminal using the administrator user and run:

Then run mkcert with the install flag like we did before:

You should see a popup like the one below. Click "Yes" to install the CA on the Windows 10 host. 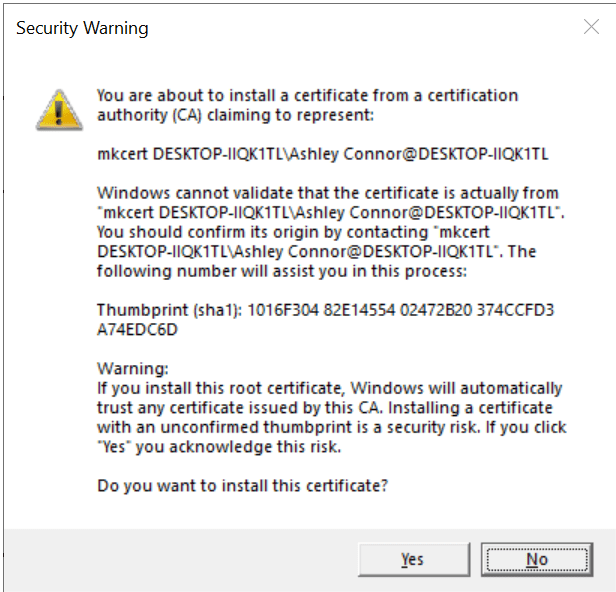 After that's installed let's fix Firefox so it doesn't complain that our certs are invalid.

To do that open the Firefox browser and navigate to the settings and search for certificates: 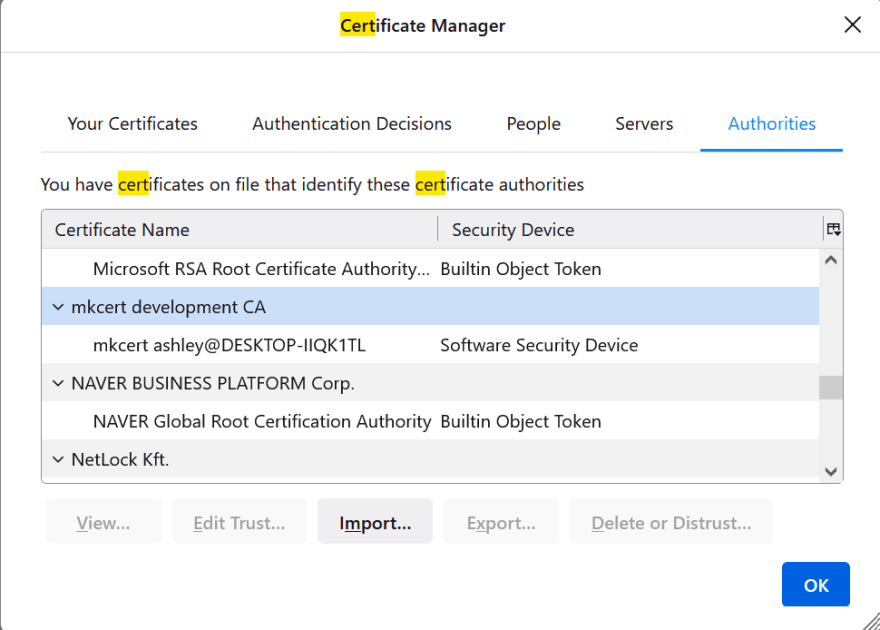 Next click on "Import". We want to locate the root CA from our Linux instance. Mine was located here but yours will be different depending on your WSL2 linux distro:

Once installed you will see your local CA in the list of Authorities: 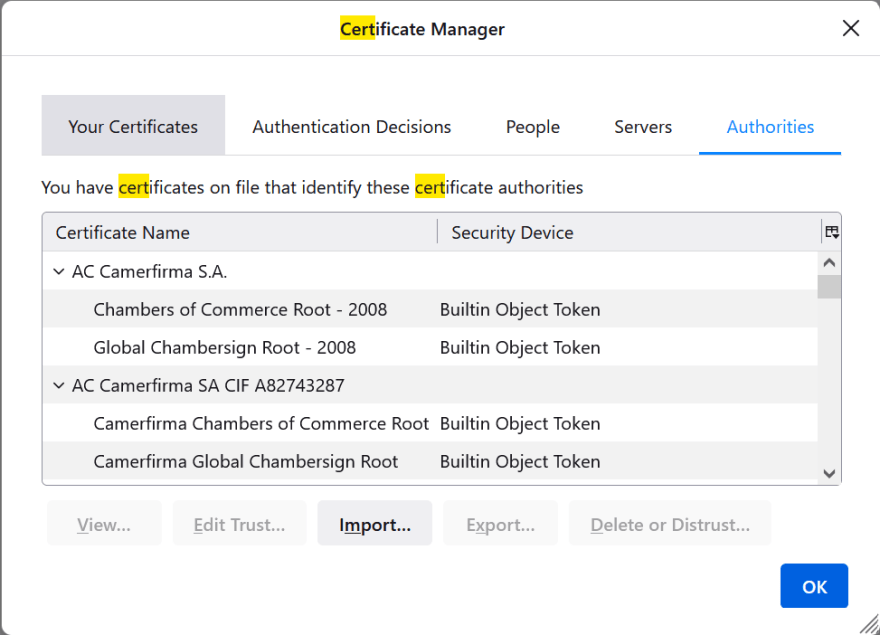 Now if we visit our local development server in Firefox on our Windows host we should see the page load without any warnings. 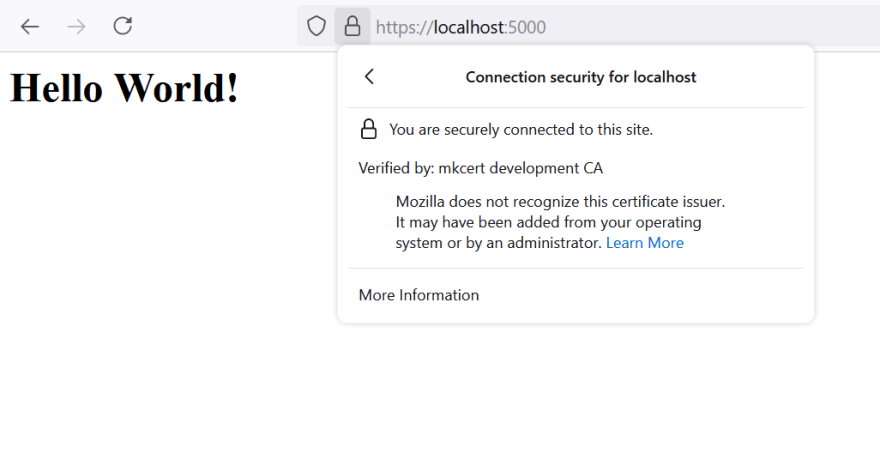 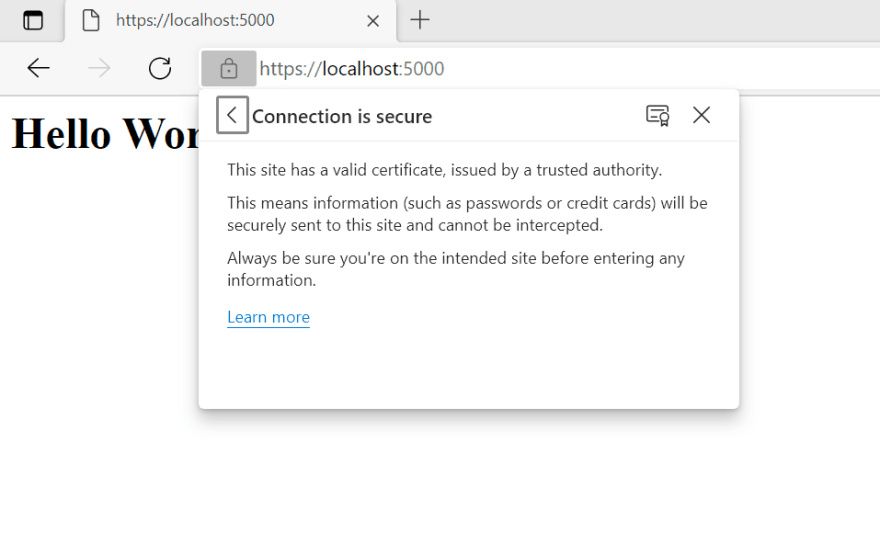 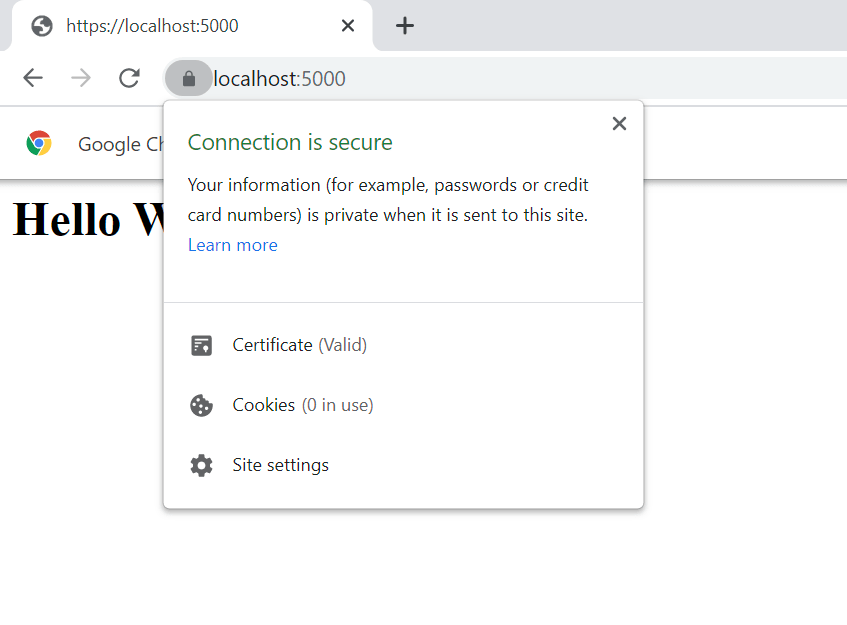 Once suspended, ashleyconnor will not be able to comment or publish posts until their suspension is removed.

Once unsuspended, ashleyconnor will be able to comment and publish posts again.

Once unpublished, all posts by ashleyconnor will become hidden and only accessible to themselves.

If ashleyconnor is not suspended, they can still re-publish their posts from their dashboard.