As a society we tend to focus on titles and roles, we tend to forget that behind each title there is a person, a person who has a story to tell and every person’s story is unique.
In honor of International Women's day, we are interviewing inspiring women from our community who are going to share the story of how they got into Tech and how they got to where they are today.

In this post, I am interviewing a very good friend of mine, Ana Cidre, who is currently based in Sanxenxo, Spain. 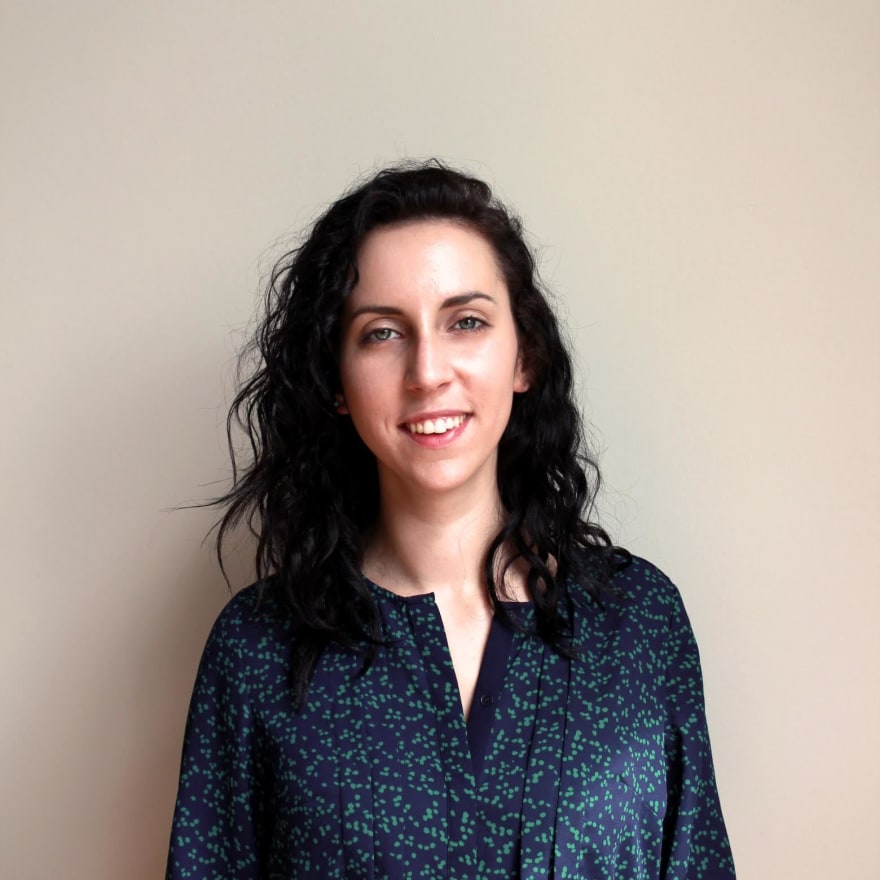 Hi! My name is Ana and I'm a Developer Advocate at Auth0. Even though I'm a developer, my background isn't very technical. I have a degree in Fine Arts and a Master's in International Business Economics and Management, which gives me a different perspective on how I do my work. I love to code and to keep up with my favorite technologies, such as Angular and Web Components. I'm a very active member of the community, as I regularly organize meetups and conferences, like the amazing ngSpain. I'm also very passionate about diversity, which is what has driven me to create GalsTech, a community for women in tech in Galicia. You will probably find me at a conference or a meetup, or when I'm not there or working from home, I'll be spending time with my family.

When did you first become interested in technology and what sparked this interest?
When I was growing up, for as long as I can remember, we always had some sort of technological device in our house. This wasn’t because my parents were particularly technological - actually they were quite the opposite: my dad worked as a cook and my mum as a nurse. However, my older sister suffered from a very bad case of tendinitis and when she wrote with a pen it would make the pain worse. So the doctor recommended writing on a PC instead. Because of this, we already had a computer in our house when I was very young, which I would play around with. For example, I would use Paint to do doodles and color in the blank spaces, because you couldn’t do much more with Paint.
Later on, in high school I was very interested in IT classes. They were one of my favorite subjects, along with drama and art. But my passion for IT died off once I moved from London to a tiny village in Spain called Lalín. This was mainly because IT wasn’t a big thing there yet, so the IT classes were very basic. Out of my two other favorite subjects, drama and art, the drama wasn’t even on the curriculum so all I had left was art, or, in this case, the history of art. So I took this path.
After finishing school, getting a degree in Fine Art and starting a Master of Science in business studies, little did I know that I would find my way back into technology. While studying for my master’s degree, I accepted a job offer as a web designer and that is where my journey started all over again.

What education do you have?
As mentioned above, I have a degree in Fine Art and a Master of Science in International Business Management and Economics.

Describe your way towards your first job in tech; how did you land this job?
While I was studying for my master’s degree in Brussels,I needed a job to cover my living expenses. Brussels, compared to where I used to live, was a very expensive city, especially being a student. So I looked around and found a startup called MobiYotta, that did online couponing and was looking for a web designer. As I had learned about the principles of web design during my Fine Art studies, I decided to give it a shot. It worked out very nicely and they supported me with teaching myself how to code. After finishing my master’s degree, I continued to learn how to code, did some freelance work and some other tech-related jobs and now I’m a Developer Advocate at Auth0! 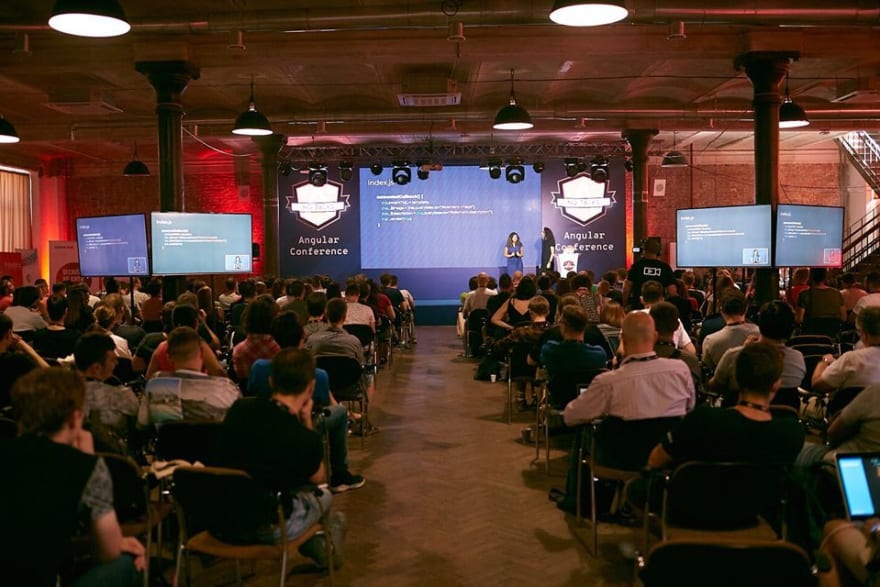 Do you have any role models that influenced you?
When I first started working in tech, I wasn’t aware of any female role models. It took me a few years to get to know some. I would say that my first role model was Sherry List. I first met her at a conference in Barcelona in 2017. A common acquaintance introduced us and they had previously told me how amazing Sherry is. I remember feeling really shy and very honored to meet her.

At the same event, Simona Cotin and Carmen Popoviciu were speakers. Both Simona and Carmen are big role models to me as speakers but also as developers, amazing human beings and so much more. It was mainly because of these two that I decided to get into public speaking.

Later on that year I met Paola García. Paola is a role model to me because like me, she is also a mum, but she showed me that you don’t necessarily have to separate your career and your family. Through her, I learned that it is ok to take your family to events and that if events don’t support that, they’re not for me. She showed me that you can be an amazing mum while also being successful in your job.

Who were/are the biggest supporters in your career?
First and foremost, my amazing partner Eoghan. Many times I just felt like giving up, but he has always been there for me, supporting me in all sorts of ways, showing me that I can do whatever I thought I couldn’t, by being an amazing dad to our kids and much, and much more.

Secondly, Sherry. Since our first encounter, we have rocked the stage together many, many times. I always go to her for advice too.
And last but not least, the community. I still can’t believe what an important role the community has in my work life. So many people have helped me on my journey and I think they all know who if I refer to.

Here’s a little tip for anyone starting out: Go to your local meetups and conferences, make connections, network and meet people, because those people are going to help you grow. 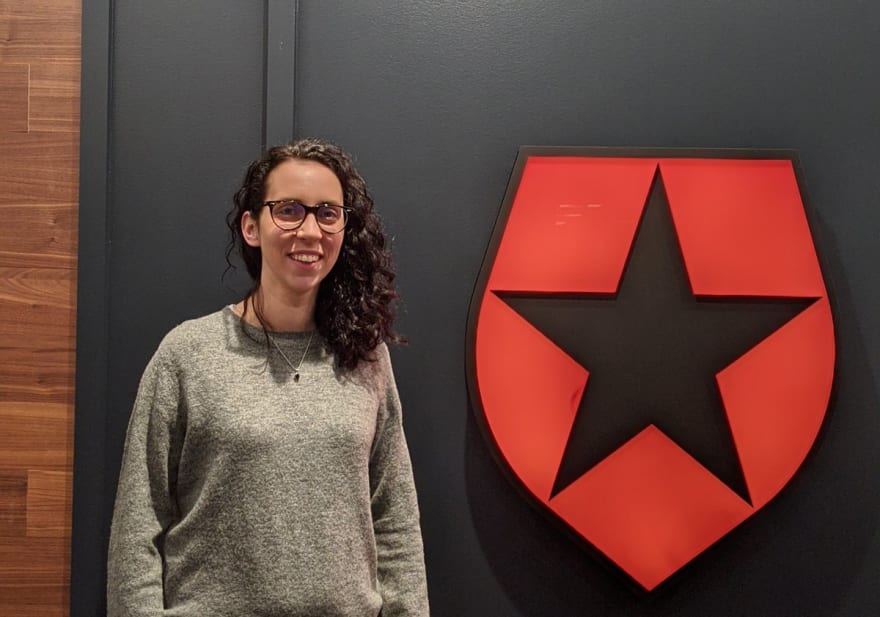 Tell us more about your current job – e.g. what do you like most about your role?
As a Developer Advocate, I have to travel a lot to conferences, meet new people, learn new technologies and stay in touch with the community. So I get to do everything I love doing, but I can call it work! If I were to pick out just one thing that I like most, which is quite difficult, it would probably be staying in touch with the community. I love going to events and speaking to everybody and meeting incredible people.

What does your typical day look like?
Well, I only started this job a week ago, so it’s all still a bit blurry and fuzzy. Especially because I’m still focusing on my onboarding process. But from what I have learned so far, my days will look a bit like this: I get up nice and early to work a couple of hours before the kids wake up. I then have breakfast with my family and take the kids to school. Then I work for 5-6 more hours before the kids come home. So what do I do exactly? I spend a lot of time preparing talks, reaching out to conferences, trying to figure out what conferences to go to, speaking to the community to see what they might need, and much more.
And when I’m not at home and following my normal routine, it’s because I’m traveling for a conference, which I will be doing at least once a month from now on.

What do you do in your free time?
I spend my free time with my kids and partner. As I travel a lot for work, I try to spend as much time with them as possible when I’m at home. As a family, we like to go swimming, and we’re also trying to get the kids into walking/hiking, but they’re not really up for it yet. We also love food, so we eat out with the whole family from time to time.

What advice will you give to women and girls who dream about a career in tech?
Do it. You know that slogan from Nike, “Just do it”? Well, that pretty much sums it up. You will probably need support and help along the way because being a woman in tech is hard. But there are many of us out here, including myself, who are always willing to help, support you, or even just have a chat with you. Don’t hesitate to reach out, my DMs on Twitter are open for a reason!

Why Playing Team Sports Makes Me a Better Developer