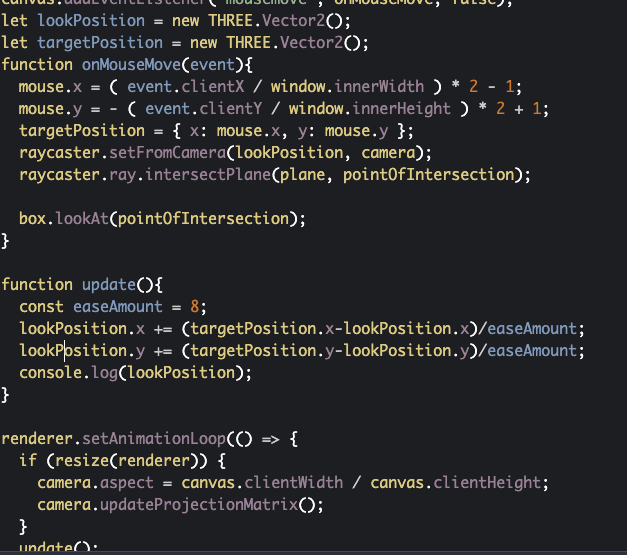 There are many cases where an error case comes up in code, and us lazy developers like to just log the potential error to the console and move on.

This might feel sufficient, but would you really write this for a production application?

The main problem with this approach is that it sweeps the problem under the carpet, to deal with later.

As your program grows, your console will start filling up with a messy set of clever little messages hinting at what's wrong.

The first improvement would be to take advantage of JavaScript's built in error support using Error objects, to give your console messages a lot more useful information.

Now, when you try to divide by zero somewhere in your program, the console will give you a detailed set of information which will help you find source of the error, telling you where divide was called in a stack trace.

However, we still have an unhandled error somewhere in our application, so what do we do?

This is starting to feel like the race-track that keeps getting longer the further you run.

Here are a couple of routes you might want to take from here:

In our calculator example, that becomes a choice of A, handle the error as soon as an invalid input is detected e.g.

or B, appreciate that you cannot anticipate all errors, and just use try { ... } catch

The problem with B is that the error messages may be more generic, and might make it harder for the user to know what they did wrong, if the underlying throw new Error(message) was written poorely.

In the case of err.message, this would be coming from a throw statement inside evaluateTerm. In fact, we could combine A and B, giving us something more like this:

writeToDisplay would be the part of your application that actually outputs a message to your user's screen.

Conclusion
The idea is to throw errors in the smaller self-contained pure functions, or building blocks of your program, and to then catch these thrown errors at a higher abstraction level of your program, where these functions are being used to achieve the logic of your application. If the error is a result of a logic issue in your code, instead of an issue with user input, you will be able to more easily identify and debug the problem code as you will have thrown special Error objects which give you a stack trace in the console. In the case of invalid user input, you will display a message or some UI to indicate that their input is invalid.

How to get the best Conda environment experience in Codespaces

Using PATCH on the front end with Fastify

Once suspended, campbellgoe will not be able to comment or publish posts until their suspension is removed.

Once unsuspended, campbellgoe will be able to comment and publish posts again.

Once unpublished, all posts by campbellgoe will become hidden and only accessible to themselves.

If campbellgoe is not suspended, they can still re-publish their posts from their dashboard.

Once unpublished, this post will become invisible to the public and only accessible to George Campbell.

Thanks for keeping DEV Community 👩‍💻👨‍💻 safe. Here is what you can do to flag campbellgoe:

Unflagging campbellgoe will restore default visibility to their posts.