The focus of this post was to include new information from Colt Steele Web Developer Bootcamp Updated Version.

The JS interpreter to keep track of its place in a script that calls multiple functions.

When a script calls a function, the interpreter adds it to the call stack and then starts carrying out the function.
Any function that are called by that function are added to the call stack further up, and run where their calls are reached. When the current function is finished, the interpreter takes it off the stack and resumes execution where it left off in the last code listing.

The call stack operates on a last item in, first item out process.

The JS call stack recognizes these Web API functions and passes them off to the browser to take care of.

Once the browser finishes those tasks, they return and are pushed onto the stack as a callback.

Callback hell is where we end up passing a whole bunch of callbacks. The code begins to become very nested within itself which can make it hard to follow and even make the code confusing. 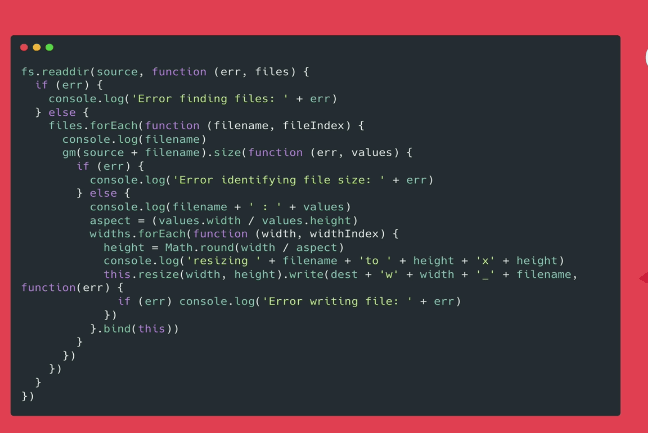 Callbacks are used to run code at a later point in time. They can get annoying when you need to do five or more dependent actions. Promises and Async functions is a way around using multiple callbacks.

A promise is an object representing the eventual completion or failure of an asynchronous operation.

Await keyword can only be used inside of functions declared with async. Await will pause the execution of the function, waiting for a promise to be resolved.

How To Use Font Awesome Icons in HTML

Code_Regina
Hello everyone! My name is Regina and I love technology. I am using dev to document my learning experiences. My end goal is to contribute to open-source projects to advance the software community.
End of Month Update [.NET R & R] Project Overview and API Basics
#software #webdev
November 2021 Update

Once suspended, code_regina will not be able to comment or publish posts until their suspension is removed.

Once unsuspended, code_regina will be able to comment and publish posts again.

Once unpublished, all posts by code_regina will become hidden and only accessible to themselves.

If code_regina is not suspended, they can still re-publish their posts from their dashboard.

Once unpublished, this post will become invisible to the public and only accessible to Code_Regina.

Thanks for keeping DEV Community 👩‍💻👨‍💻 safe. Here is what you can do to flag code_regina:

Unflagging code_regina will restore default visibility to their posts.