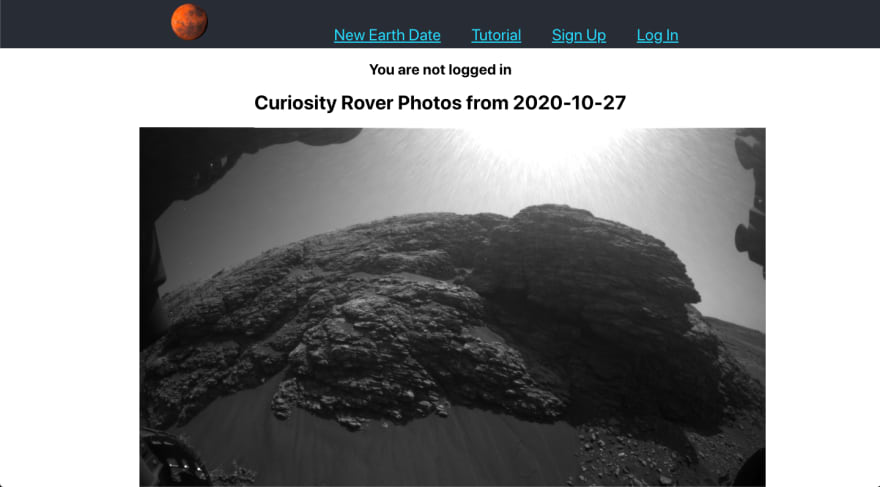 Photo Rover is a web app that uses NASA's Mars Rover Photos API to receive a daily-updating collection of photos from Mars. The photos are taken by NASA's Curiosity rover. A lot of photos feature Martian geology. The rover is also fond of selfies.

In Photo Rover, a user can view pictures of Mars by selecting a specific Earth date. If they like a photo, they can save it to their library. A link to their saved photo is persisted in a SQLite database.

The app uses a React/Redux frontend, Redux Thunk to send asynchronous API calls, and a Ruby on Rails JSON API backend to handle user accounts and their respective actions.

Once suspended, colerau will not be able to comment or publish posts until their suspension is removed.

Once unsuspended, colerau will be able to comment and publish posts again.

Once unpublished, all posts by colerau will become hidden and only accessible to themselves.

If colerau is not suspended, they can still re-publish their posts from their dashboard.

Once unpublished, this post will become invisible to the public and only accessible to Cole Rau.

Thanks for keeping DEV Community 👩‍💻👨‍💻 safe. Here is what you can do to flag colerau:

Unflagging colerau will restore default visibility to their posts.