Are you working with the Apache Kafka command line tools? Ever had trouble remembering what options are available, or remembering URLs for your clusters? Kafka shell to the rescue!

Kafka Shell is a supercharged, interactive Kafka shell that is built on top of the existing Kafka command line tools. It features auto completion, auto suggestion from history, key commands, and much more. It's an open source project I just released, built with Python.

Configuration of clusters, schema registries, and properties that will be automatically added to commands being run. 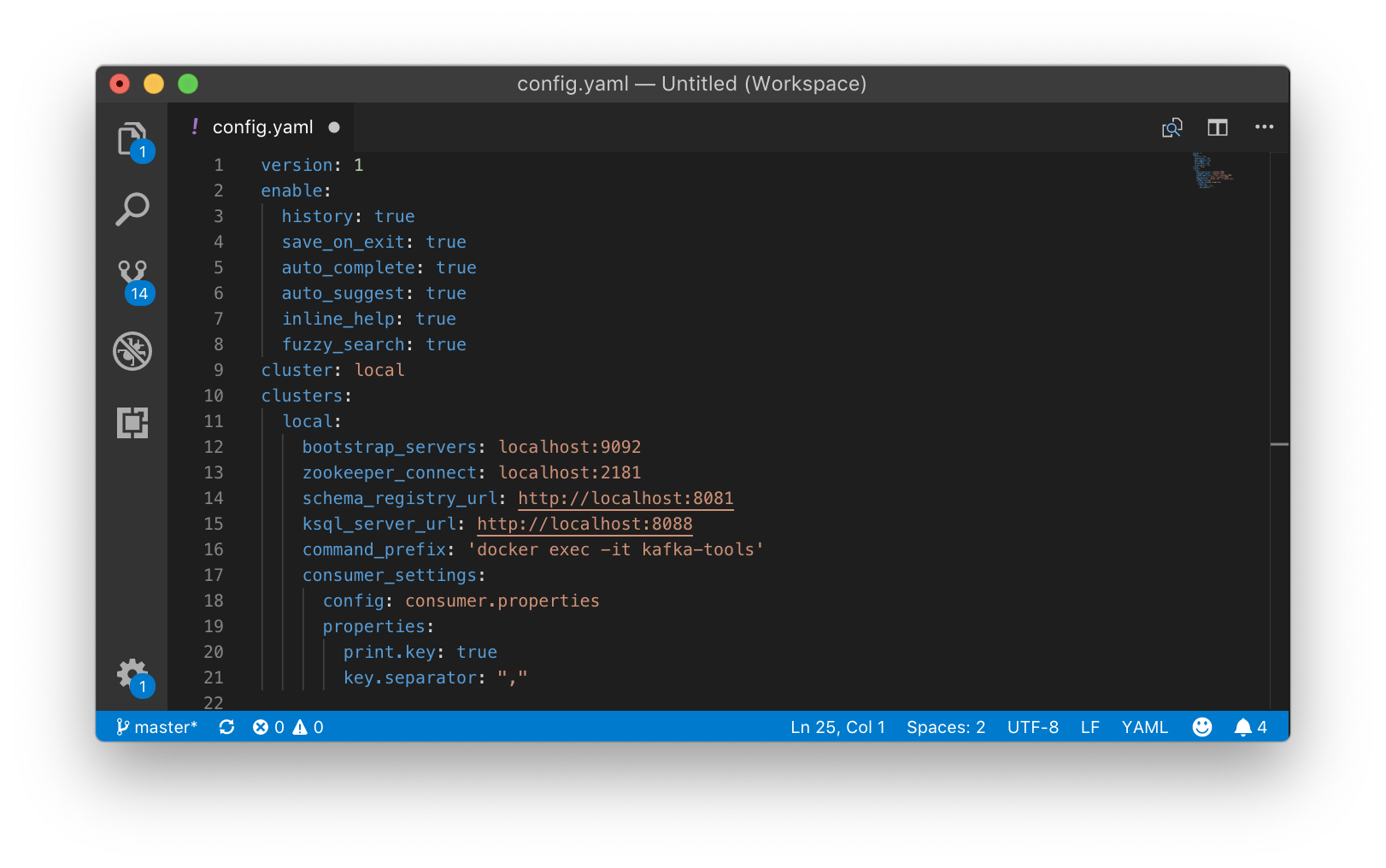 Kafka shell currently supports a lot of most popular Kafka command line tools, such as Kafka-topics, kafka-console-consumer, and more. I plan to add the rest after I get some initial feedback!

Let me know what you think -- and I hope this can help improve working with Apache Kafka. :) 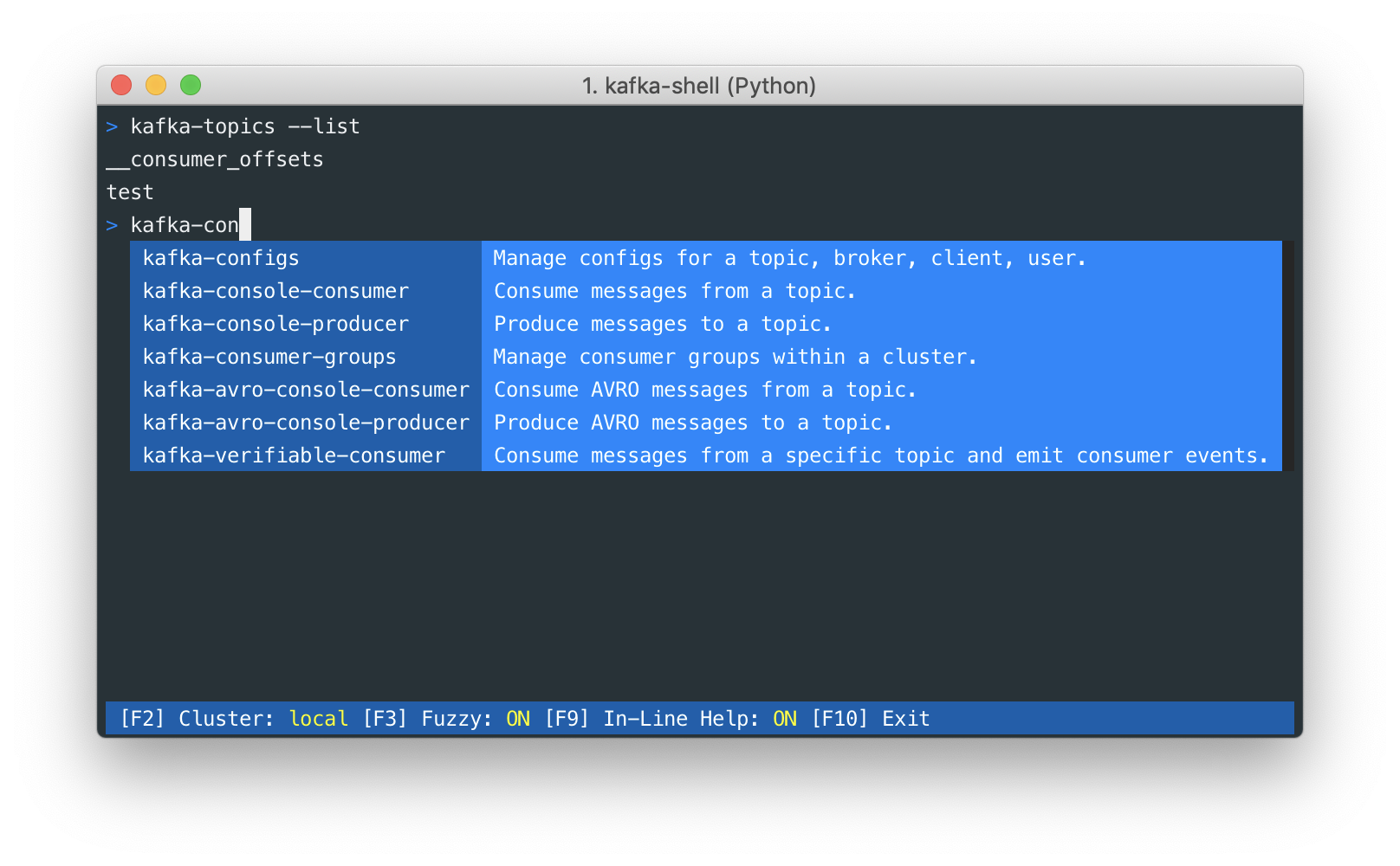 Kafka shell allows you to configure a list of clusters, and properties such as --bootstrap-server and --zookeeper for the currently selected cluster will automatically be added when the command is run. No more remembering long server addresses or ports!

Kafka shell requires python and pip. Kafka shell is a wrapper over the existing Kafka command-line tools, so those must exist within your PATH.

You can install kafka-shell using pip:

Kafka shell is an interactive shell. You can run it from the terminal by:

From here, you can start typing kafka and the autocomplete will kick in.