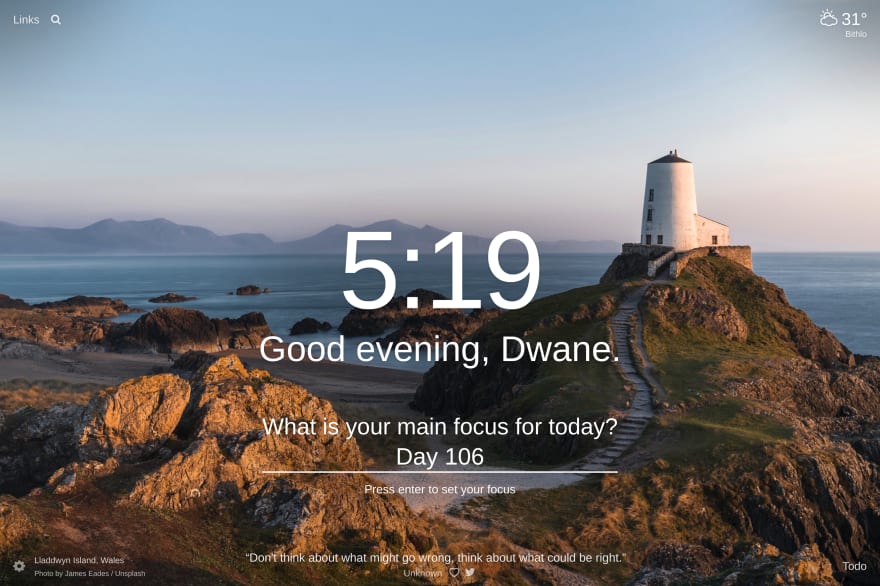 Tonight, I'm hoping to get a connection to the database for my project so I can start pulling and pushing data from my admin site. Yeah, that's it. Small goals. haha

How to stay motivated as a developer while struggling with a single error for hours?