BIG DAY! echo3D, a cloud platform that is revolutionizing the way 3D, AR and VR content is stored and streamed, has secured an investment of $4 million led Konvoy Ventures, alongside Remagine Ventures, Space Capital LP, and angel investors from Datadog, GitHub, and Facebook. The announcement comes on the heels of echo3D’s latest milestone of registering 11,000 users worldwide since 2020.

“At a time when advancements in 3D have helped AR, VR and gaming to become billion dollar industries, and concepts like ‘the Metaverse’ to become a reality, we are among the first to provide the backend infrastructure needed to bring these things to fruition,” said Alon Grinshpoon, Co-Founder of echo3D. “This is a pivotal time for the augmented and virtual reality ecosystem, and we are excited to have the support of Konvoy Ventures as we continue to grow our platform and service the tech community. We will use the funds raised to bolster our product offering, expand developer relations efforts, and grow our team of developers and marketers.”

Thanks to a pipeline of better, more user-friendly devices, the growth in AR and VR devices is expected to accelerate from 7.06 million units in 2020 to 76.71 million units in 2024. The gaming industry has already benefited from these advancements, seeing accelerated growth in 2021 with earnings of $335.5B. These hardware improvements highlight the tremendous challenge the industry still faces: providing backend infrastructure to support the 3D, AR and VR applications running on these devices, to reduce file sizes and development times, and improve usability for developers and users alike. echo3D, which was recently named a Verified Solutions Partner of Unity, the world’s leading game engine, has created a 3D-first content management system (CMS) and delivery network (CDN) that allow developers to build their app backend in minutes, and allow their clients to easily publish content to the 3D games and apps without involving development teams.

“We invested in echo3D because they’re building the infrastructure that will support the next generation of content,” said Taylor Hurst, Principal at Konvoy Ventures. “The future of the internet and the content we engage with will be interactive and immersive; current infrastructure is not built to support that future at scale. Since meeting Alon, and partners Koren Grinshpoon and Ben Pedazur, we’ve been impressed with how they view the evolution of content and their ability to build for that future.”

Eze Vidra, Managing Partner at Remagine Ventures said, “we are excited to continue to back Alon and the team at echo3D. As trillion dollar companies talk about building the Metaverse, echo3D is offers developers and companies in AR, VR and gaming an easy solution to build, deploy and measure their 3D content, cross platform and in real-time.”

The echo3D team is grateful for the support of its new and existing investors as we continue to grow our platform and service the 3D/AR/VR community. We will use the funds raised to bolster our product offering, expand developer relations efforts, and grow our team of developers and marketers.
For more information on the echo3D and its latest funding round, please visit echo3D.co, or follow us on Twitter at @_echo3D_, and on Facebook at @echo3DInc.

echo3D (www.echo3D.co) is a cloud platform for 3D/AR/VR that provides tools and network infrastructure to help developers and companies quickly build and deploy 3D apps, games, and content. The company is backed by Konvoy Ventures, Space Capital, Remagine Ventures and Techstars, and angels from Datadog, GitHub, and Facebook, and has received grants from Y Combinator, Verizon, and NYC Media Lab. Headquartered in New York City, echo3D was named AR/VR finalists for SXSW 2020, won the 2019 DevProject Award, was recognized as among the Most Fundable Companies in 2019, and named one of the Top 25 finalists in Sir Richard Branson’s Extreme Tech Challenge (XTC) in 2019. 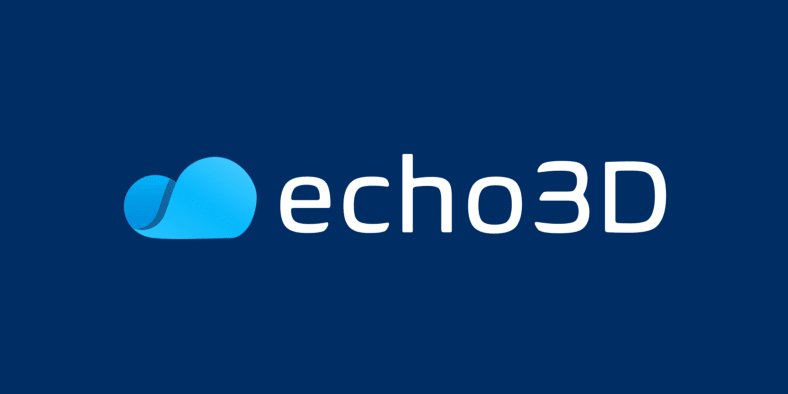 React SaaS Boilerplate with Next JS and Serverless

FEEDBACK REQUESTED: We're building a way to understand your internet self