This is a collection of top and trending guides written by the community on subjects related to Git Merge properties. For all things git, check out the git tag! Please contribute more posts like this to help your fellow developer in need.

How to Use Git Merge [the Correct Way]

At some point, a piece of code will reach a state where you'll want to integrate it with the rest of the project. This is where the git merge command comes in.

How to merge a specific commit into another branch

There are two teams working on the same project and they realize a common problem that was already resolved by one side, but the status of work in each branch is in progress and to make a merge can be unsafe.

How To Avoid Merge Conflicts

Merge conflicts are every programmers nightmare when collaborating with other developers on a project using git. They are bound to happen as long as you have different developers working on a project. They take time to fix and are darn annoying. Resolving merge conflicts could takes up precious man hours with teams that are very active. It’s usually a sign that there is poor communication and coordination among project members if they happen frequently. In the case were communication is pretty good but every now and then a merge conflicts crops up, is the subject of this article. What we want is to cut all instances of merge conflict if possible. Below I list steps to avoid merge conflicts all together.

This command will merge all files which can merge. In others, there are marked lines of code, which have to be merged manually

This is a non-destructive way, branches keep preserved its history and only a merge commit appears :

How To Enable Real-Time Merge Conflict Detection in VS Code

Ah, the dreaded resolve conflicts message. You've finished crafting the perfect code, just a quick merge in of master (ahem, main) before you submit your PR, and then... 💥

Me and my co-workers are working on a single project. Each one of us creates a branch for a specific task and after doing some magic we had to create a merge request to the project's main branch. Merge request will be merged after another folk did approve its changes.

One thing that bothers me, is that I have to open Gitlab and create a new merge request to the main branch, every time.

Depending on your work-style, here's 3 ways to prevent merge commits when merging from remote after it has moved forward while you've been developing. They all have to do with how you manage your own changes.

How Do I Resolve Merge Conflicts?

I don’t think I’m alone in saying this; early in my career, merge conflicts were the bane of my existence (particularly in 2019). I graduated from a coding boot camp in 2018, and during that time, if I ever experienced a git issue that I didn’t know how to fix, I would create a new repository and start over. In 2019, I started working as a software engineer with a team of other software engineers, so I couldn’t create new repositories to avoid this inconvenience. I had to face my fears and fix merge conflicts. No exaggeration; the experience would bring me to tears. See the screenshot below of me making a self-deprecating joke about mishandling merge conflicts on July 14, 2019.

In every decent team project I've worked before (that had PRs in place), the merge strategy was to squash all commits into a single one, to be done into the master branch.

I ran into a gap in my understanding of git and merge commits yesterday. Most of the time, the projects I contribute to work with a "mergeless" commit history, so we usually rebase+squash our changes into a single commit and apply those to master leaving us with a commit history that looks like:

What is your favourite git merge tool/strategy?

A few months ago, I wrote a DEV post about resolving merge commits. The resounding feedback I received from readers was: "JUST AVOID THEM." While I agree, I wrote the post for technologists who were past the point of prevention.

Git: How To Merge Repositories

Should you rebase or merge to update feature branches in git?

out any incompatibilities and deal with any merge conflicts..

Git merge and rebase serve the same purpose – they combine multiple branches into one. Although the final goal is the same, those two methods achieve it in different ways. Which method to use?

How to abort the whole git stash process if a merge conflict has occurred in Git?

When popping out commits using the git stash pop command, you will have some merge conflicts sometimes, you can move to resolve those conflicts or abort the whole process.

What is the "best" merge request flow?

We all have been there where we want our merge request to be checked but no one is responding because they are either busy or don't check their messages. What do you do in these situations?

This method is suitable for most common scenarios, when some packages were added or updated in main branch and you are trying to merge it into your feature branch with some other packages added. Assuming there are no dependency conflicts, you are good to go with this solution after merging the composer.json file.

These lines are written in VIM, and so does every single line of code I write.

Git has become an integrated tool of almost everyone in tech and merge-conflicts are often a part of work.

The other day I invented myself a new headache: I wanted to merge a few libraries I've built over the years into one repo and refactor them together. It looks simple at first glance, copy all the files into subfolders, add and commit:

Step B is to merge these repositories into our new repository:

Once in a while a merge conflict popups. This happens when you've created your branch and in the meantime your colleague pushed changes just before you did on the same line. Git (or your colleague) will let you know if it can be solved automatically and if not, it's up to you how to fix it.

What is your git merge strategy?

The default strategy, for integrating changes into a root branch is merge operation. Of course, if you meet any conflicts, you have to resolve them, but finally, the code base will be integrated. 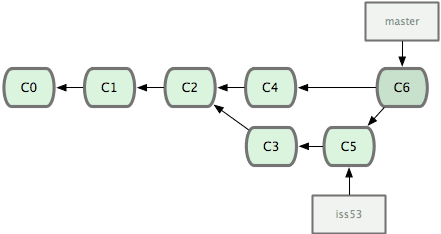 We're going to go through the process of doing a merge with a conflict in git. We will see what happens and then what needs to be done to resolve it.

Hi everyone! Today I show you how you can solve merge conflicts in Pycharm. Take care and stay healthy! :)

Today I want to show you how easy it is to merging branches, fix a merge conflict and how to use cherry-pick to get any commit your local branch!

And then we resolve a merge conflict...

Unwittingly I actually thought they were something I could avoid, I thought there was a way I could outsmart git, hahaha! The word conflict has a negative connotation to it so don't blame my newbie response.

I remember during my BootCamp at Andela, we worked in such a way that you could only merge your pull request to the main develop branch if it had been reviewed and then approved.

So my genius way of ensuring I totally avoided conflicts, was to wait and have my PRs approved and consequently merged to the develop branch one at a time and that impacted negatively on my overall output.

The reason I feared conflicts was the first time I was ever brave enough to queue up my PRs I made a giant mess trying to resolve the conflicts and lost all my work.

Do you merge branches locally or create pull requests for personal projects?

I kind of do both. If it's a relatively small change, I'll just (squash and) merge my local work branch into my local master branch and then push to origin/master, cleaning up my local branch locally. Nice and clean.

Small Tips to merge GitHub pull-request into your local repository

How To Enable Real-Time Merge Conflict Detection in IntelliJ

I work on branch-A, a friend on branch-B. Once things are finalized, we merge branch-A and branch-B with the master.

Git merge without commit in IntelliJ

By default, using the git merge (not rebase) operation in IntelliJ will immediately create a merge-commit. Sometimes you may want to selectively revert changes or alter content before concluding the merge.

So for this second stage, merge is much more interesting than rebase.

In this situation, all possible problems of “blending” the two branches (such as conflicts) were resolved during the rebase process.

When working with git it is possible to utilize both rebase and merge functionality. These two can live harmoniously within the same repository history, but things get messing if you try to mix them together.

Git merge is a method that takes all content of our current branch and will put that inside our target branch.

For example, we can merge our feature branch into our master branch.

In this case, git will create a new merge commit and will take all of the content(history, code, commits) from the feature branch and will put all of that into our master branch.

How To Enable Real-Time Merge Conflict Detection In Android Studio

The conference took place at The Egg, a meeting and conference center. The storefront looks pretty ordinary, the Git merge conference was made visible but those two flags.

If you want to merge the changes into your branch, you would run the command git merge main while still on your cool-feature branch.

There's a common discussion among developers about how teams should use Git to make sure everyone is always up-to-date with the latest changes in the main branch. The typical situation this question arises is when someone worked on a new branch and then once the work is done and ready to be merged, the main branch had changes in the meantime in a way that the work branch is outdated and now has merge conflicts.

Thoughts on Merge vs Rebase

Both merge and rebase offer the same service which is incorporating commits from one branch into another, but how is this done?

The way Git branches is incredibly lightweight, making branching operations nearly instantaneous, and switching back and forth between branches generally just as fast. and Unlike many other VCSs, Git encourages workflows that branch and merge often, even multiple times in a day. Understanding and mastering this feature gives you a powerful and unique tool and can entirely change your development.

Today I learned how to merge using the CLI. 🧙‍♂️

So I set out to learn it, and boy where my fears overexaggerated, you just need to run git merge <branch> from the branch you want to merge into. 🤯