As part of the course I am taking to improve my programming skills, I have decided to code a Battleship game to be played using the command line. 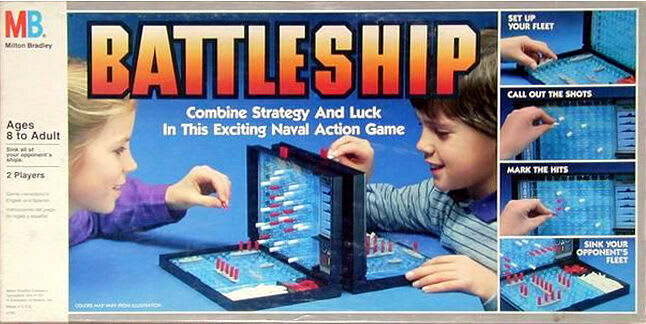 Battleship is a two player board game where the objective is to sink all of your opponent's ships. Each turn, the players will "bomb" a grid cell (e.g. "C7"). If a boat is occupying the cell, the boat will be "hit". Otherwise it will be a "miss". 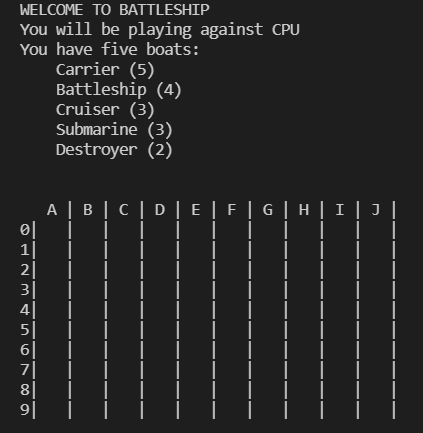 For my game, I have decided to create a 10x10 alphanumerical grid. Each player will have 5 different boats with different lengths:

The game is played against the CPU. Upon inisialisation, the user will be given a prompt to choose the initial cell the boat will occupy, and whether you want to position the boat vertically or horizontally. This process is repeated for each boat:

The CPU board is set up using Python's random library:

The player logic is the same but the user has to input the desired cell. The code will warn the user if an already bombed cell has been chosen.

The game end when one side has lost all of the boats. The code terminates and outputs a message to restart if the user wishes to.

Once suspended, guachilimbo will not be able to comment or publish posts until their suspension is removed.

Once unsuspended, guachilimbo will be able to comment and publish posts again.

Once unpublished, all posts by guachilimbo will become hidden and only accessible to themselves.

If guachilimbo is not suspended, they can still re-publish their posts from their dashboard.

Once unpublished, this post will become invisible to the public and only accessible to guachilimbo.

Thanks for keeping DEV Community 👩‍💻👨‍💻 safe. Here is what you can do to flag guachilimbo:

Unflagging guachilimbo will restore default visibility to their posts.