NB : Object.prototype is on the top of the prototype inheritance chain , its --proto-- has a reference to NULL .

So, how prototype chaining works with es6 classes?

To answer this question, we have to understand how this magic word class works really under the hood with a concrete example.

We are going to create a class person with a constructor taking a name and lastName parameters besides a sayHello method. 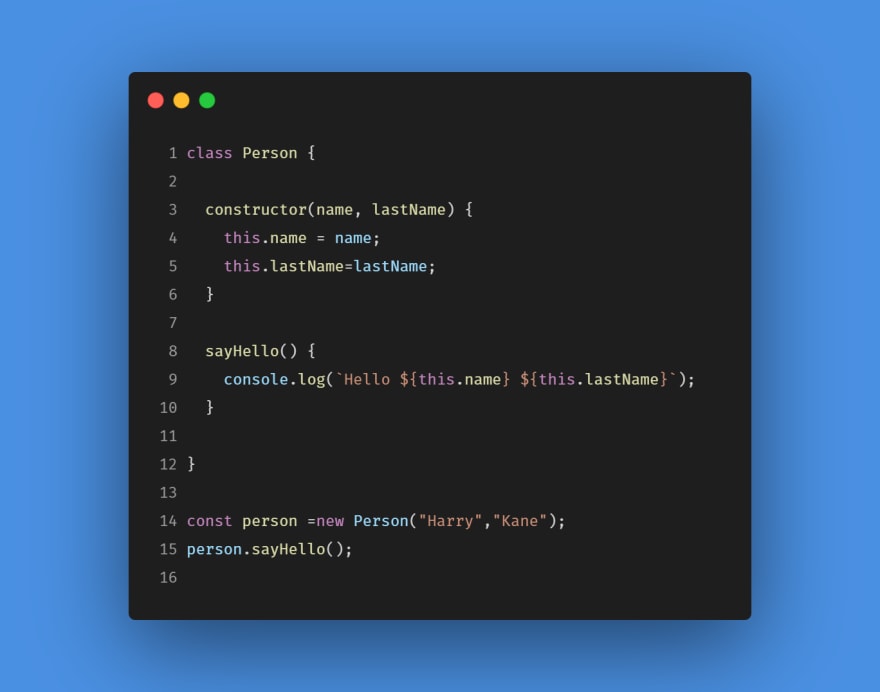 Declaring a class makes a lot of work under the hood thanks to Class keyword.

When class Person is instantiated with "Harry" and "Kane" arguments, they get assigned respectively to this.name and this.lastName.

But wait what is this here?

When we instantiate a class with the new keyword three things happen behind the scene :

Now let's dive deep into this paradigm and create a new class Employee that "inherits" from Person class.

To do that we use the extends keyword as demonstrates the example below. 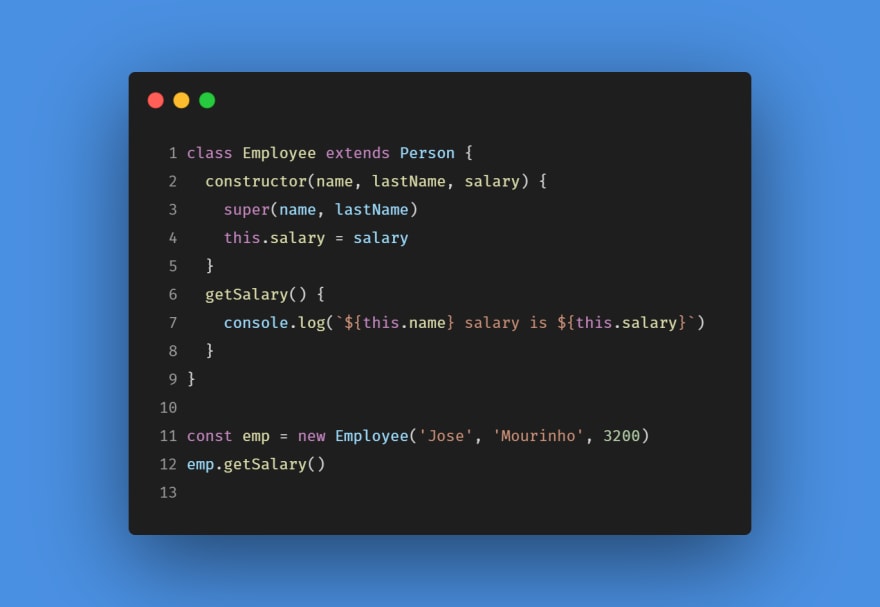 From this example we conclude that Class feature is just a facade to object-oriented languages with a prototypal environment. It is syntactic sugar to prototype nature of javascript.

Once suspended, hssanbzlm will not be able to comment or publish posts until their suspension is removed.

Once unsuspended, hssanbzlm will be able to comment and publish posts again.

Once unpublished, all posts by hssanbzlm will become hidden and only accessible to themselves.

If hssanbzlm is not suspended, they can still re-publish their posts from their dashboard.

Once unpublished, this post will become invisible to the public and only accessible to Hssan Bouzlima.

Thanks for keeping DEV Community 👩‍💻👨‍💻 safe. Here is what you can do to flag hssanbzlm:

Unflagging hssanbzlm will restore default visibility to their posts.