This is a work in progress, last updated on 1st July 2021, part of the series "Building a Reading List web app with Node, Preact, and Tailwind CSS".

What are Controlled Components

One of the most annoying misfeatures of typical react apps, in my personal view as an old-school web developer, is the concept of "controlled input" or, more generally, "controlled components" where you take the control away from the native web forms to intercept user input and update the form field using React.

Controlled components for no real reason?

There are plenty of posts explaining what Controlled Input is and how to use it, but all of them fail to give me a valid reason why (actually they do, they want the SPA to be the "single source of truth" while in my view, the DOM should be the single source of truth at least for any user input.

Controlled Components in my experience add a minimal delay i.e. sluggishness to the front-end and make working with form elements less straightforward and less accessible, as they basically throw away what the browser already has to offer only to rebuild it in an often worse way.

For example there is a React plugin called react-select. At least I could agree to the purpose that CSS support for form elements used to be quite limited in browsers, especially for dropdowns.

But react-select turned out hard to maintain in the project where we used it, and finally we were happy to replace every dropdown, most of which only had 2 - 3 entries anyway, with checkboxes, for the sake of user experience and to save us more painful work with incompatibilities when updating either the plugin or React itself.

HTML form elements can be styled in an accessible way using only CSS, all that you need to do is copy and modify the styles found in well-written articles like Custom Styling Form Inputs With Modern CSS Features.

React uses a virtual Document Object Model to prepare and check any changes before applying them to the actual DOM. Another annoyance for me as an old-school developer who even used to do DOM transformations with XSLT for many years and who still thinks, that the actual DOM should have been the single source of truth, but ...

... of course in a single page application that receives back-end data and user input asynchronously, there has to be state management to properly handle this influx of data without creating race conditions.

But this is still no reason to have an additional internal representation of any element that might get re-rendered at any time, when browsers can already handle that.

Browsers can already handle that!

Back in time around 2005, "Web 2.0" was a buzz about interactive websites like FlickR and YouTube not only for their social interactions, but also for using AJAX to update parts of a website without reloading the whole page.

Ten years before, there had been framesets for a similar experience, but with AJAX and modern stylesheets, Web 2.0 got the job done in a visually appealing way and it still does.

There are JavaScript promises, async and await, and the Fetch API and of course, web forms can be styled using CSS much better than ever before.

Browsers can already handle that!

An appealing aspect about Preact is its minimalism. There is no virtual DOM, no unnecessary code and no unnecessary rendering, at least this is the goal that the Preact developers strive for. 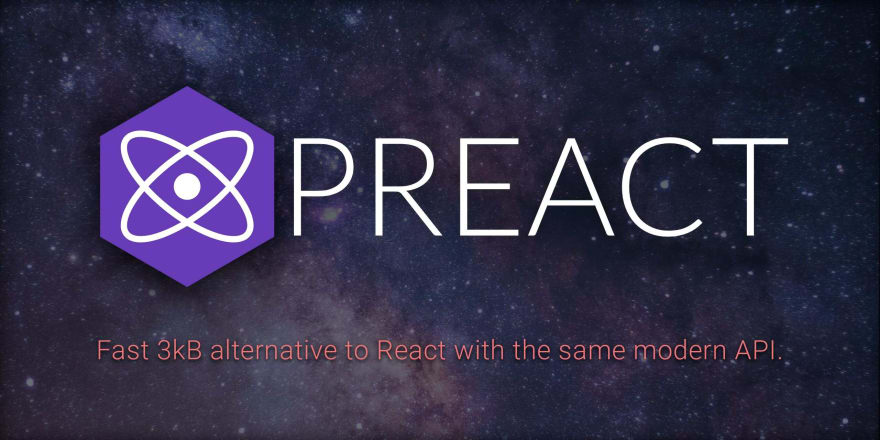 More content will be added here as you see me commit and push and update this article...

Once suspended, ingosteinke will not be able to comment or publish posts until their suspension is removed.

Once unsuspended, ingosteinke will be able to comment and publish posts again.

Once unpublished, all posts by ingosteinke will become hidden and only accessible to themselves.

If ingosteinke is not suspended, they can still re-publish their posts from their dashboard.

Once unpublished, this post will become invisible to the public and only accessible to Ingo Steinke.

Thanks for keeping DEV Community safe. Here is what you can do to flag ingosteinke:

Unflagging ingosteinke will restore default visibility to their posts.