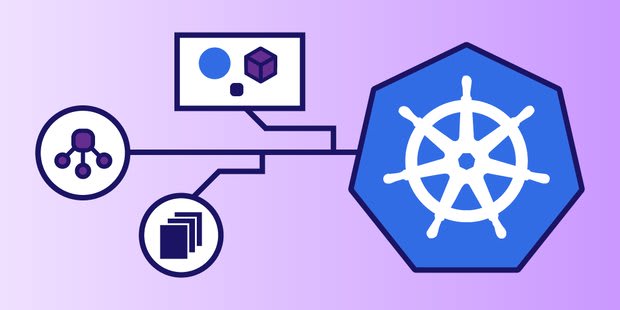 Hello Devs, if you are wondering whether you should learn Docker in 2023 or not then you have come to the right place. I have been asking my readers to learn Docker since last year and also shared free Docker courses and best Docker books to encourage them to learn Docker.

Why have I been doing this? Because Docker is not just another tool, it's a game-changer, and I firmly believe that every Programmer, be it a Java developer, a C++ developer, or a Web Developer coding in JavaScript, all should learn Docker.

The first and foremost reason is that Docker simplifies both the development and Deployment of Software projects, for example, you can deploy a Java Microservice in the same way as a node application once you wrap them in a container.

Just like Maven made it easy to maintain project dependencies, Docker takes it to another level by building applications and shipping them into containers.

When you ship applications into the container, you don't need to deploy your application, OS, database, runtimes separately, instead you use them together as a container.

This makes deployment and scaling easier. If you want to scale further, you can deploy more containers very quickly instead of setting up a whole new environment.

Similarly, if you want to scale down, you can destroy containers quickly, and the best thing is you don't need to do that yourself, there are tools like Kubernetes which can manage and scale your Docker containers automatically.

Docker is also a big help for programmers, especially when you are starting on a new application. It is often troublesome to set up your application in IDE and run it from your Windows or Linux machine where you are doing development because of dependencies like on OS or a particular library, which is only available in specific versions of OS.

With Docker, you don't need that, you can just ship your application as a Docker image, and your team member can start and debug the application by running Docker images as a container.

This makes the Developer's life easy. Docker also helps with DevOps because it simplifies deployment and scaling, and that's why Every DevOps engineer should learn Docker in 2023.

These simplification of development, deployment, scalability, and DevOps are significant reasons to learn Docker in 2023, now that you know the crux of it let's go into a little bit more detail to understand why Docker is such an essential tool for programmers and DevOps professionals.

With every organization going towards the Cloud, the container model is going to be even more critical in the coming years, and Docker and Kubernetes will play a significant role in deploying and running software from Cloud.

That's why it's very, very important for both programmers and DevOps engineers to learn Docker and Kubernetes to do well on their current job and add an in-demand technical skill into their colorful resume.

And if you are serious about learning Docker in 2023 then I highly recommend you to check out Maximilian Schwarzmuller's Docker & Kubernetes: The Practical Guide course on Udemy This 23 course is now available for just $10 only on Udemy sale, which is like free considering its value. 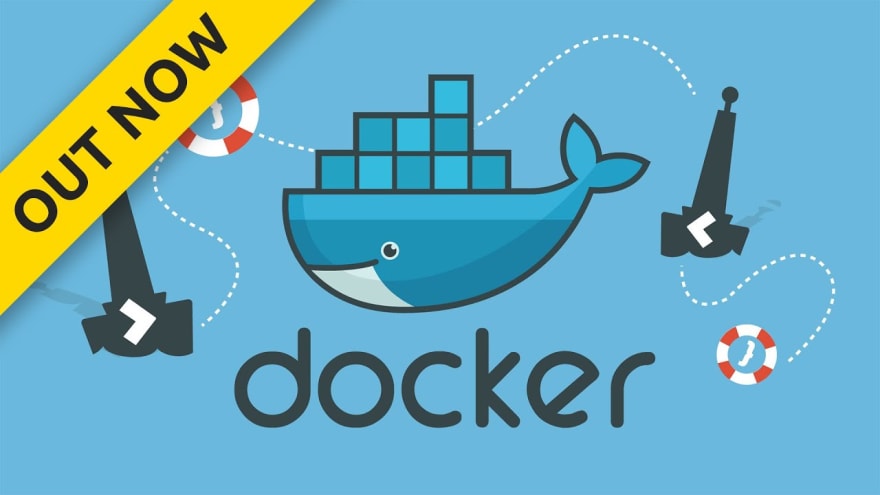 Docker image is like a snapshot of your application. It is an executable file (like a big tarball) that contains everything your application needs to run, including operating systems, third-party libraries, configuration, and any other dependencies you need to execute your application.

You create a docker image by running the docker build command which takes your Dockerfile and creates a Docker image.

This command is building a Docker image from the docker file **myapp **which is present in the current directory. It has multiple layers stacked on top of each other and is represented as a single object. A docker image is created using a docker file, we will get to that in a bit.

You can also see all the images using the docker image command. You can further see Docker Mastery: with Kubernetes +Swarm from a Docker Captain course to learn more about essential Docker concepts and commands. 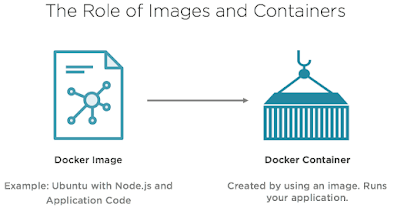 2. What is a Docker container?

You can even run them on the same host as they are completely separated from each other. This is truly great and allows you to run any command from the web as the effect will be isolated to only that Docker container. Many online interactive courses platform like Educative, use Docker containers to allow users to run code from the browser.

So, you can see that it's straightforward to use Docker. All you need is to make a start, download Docker, create a Docker image by reusing an existing one from the Docker hub, and start running your application inside Docker container.

This command will start the docker container which will listen on port 8084. It will also be running in the background because we started the container in detached mode ( -d option). 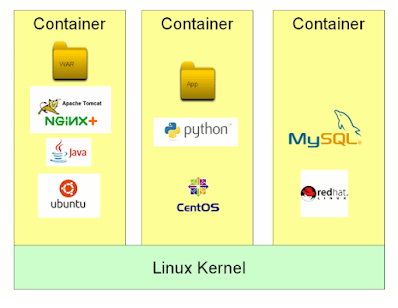 3. What is difference between Virtual Machine and Docker?

Many developers often confuse between a VM and a Docker container. Let me tell you that both of them are different things.

Since a picture is worth a thousand words, here is a diagram that clearly shows the difference between a Virtual machine and a Docker or any other container: 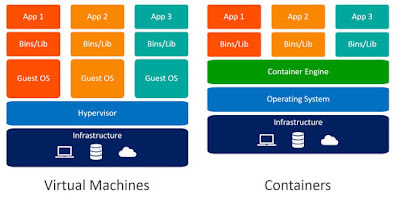 Once you have a Docker image you can run them using the $ docker run command and it will create Docker containers running your application.

I use Docker to run our apps which can only be run on Linux servers, earlier I used Virtual Box but with Docker I don't really need it.

You can further see Docker for Developers course on Educative to learn more about how developers can use Docker to make their life simple. 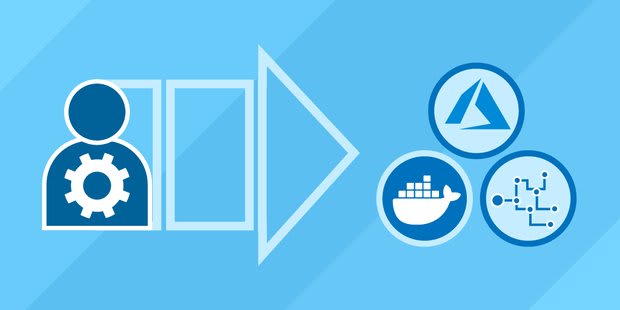 5. Why do Developers and DevOps use Docker?

A couple of years back, when the business needed other applications, the DevOps or infra team would raise a request to purchase new servers and buy a server without knowing the performance requirements of the new application.

This often results in a wastage of money and resources, which could be used for other apps. They try to solve this problem by sharing a single host with multiple applications by running them on different participation, but that also put some management and operational overhead.

Then comes a wave of Virtualization and Virtual machines or VM, which allowed DevOps engineers to run multiple applications on the same physical resource but as a completely different server like you have separate runtime space and name, but there was a potential drawback.

Every Virtual machine required an entire OS to run. Every OS needs its own CPU, RAM, etc. to run, it needs patching and licensing, which in turn increases cost and resiliency.

Then comes the container model or Docker model, which was aimed to address the shortcomings of the Virtual Machine and mitigate the wastage of resources by sharing OS, CPU, and RAM and so far its most successful model. 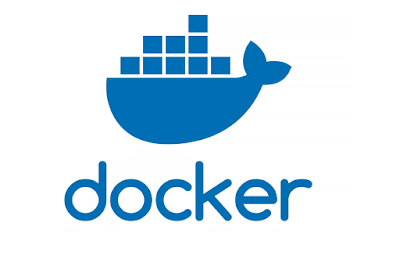 6. How does Docker helps Developers?

The most significant benefit of Docker from a programmer's or developer's perspective is that it makes sure that the execution environment is the same for all developers and all servers I mean, including UAT, QA, Production.

The good thing is that any member of the team can set up the project quickly, with no need to mess with config, install libraries, set up dependencies, etc. In simple language, Docker is a platform that enables us to develop, deploy, and run applications with containers.

By the way, you will need a Pluralsight membership to join this course which costs around $29 per month or $299 per year (14% discount now). I highly recommend this subscription to all programmers as it provides instant access to more than 7000+ online courses to learn any tech skill.

Alternatively, you can also use their 10-day-free-trial to watch this course for FREE.

That's all about why a developer should learn Docker in 2023. As I said, Docker really simplifies how you develop and deploy your code, and run your application. Shipping your application into a container makes deployment and scaling smooth and drives automation. It makes DevOps easy and makes your production environment robust.

With a more significant push to Cloud every year, the container model is going to be the default model for software development, and Docker and Kubernetes will play an essential role in the near future.

That's why every Developer and DevOps engineer should learn Docker to do well in their current job and also add an in-demand skill on their resume to get a better job.

Thanks for reading this article so far. If you also think that every developer or Programmer should learn Docker in 2023, then please share it with your friends and colleagues. Together we'll help each other to become better programmers and developers.