I was a speaker at CodelandConf this year and although it was pretty nerve-wracking to deliver my first talk in front of a big audience, I am so glad I did.

Going into the talk, I had some fears. Would the audience relate to me as a speaker? Or would they think the subject matter was boring, or worse yet, that I was boring? In preparation for my talk I recorded myself so I could listen and critique it. I fell asleep in the middle of my own speech, and then woke up frantic. I had bored myself to sleep. I panicked a little, then realized that anyone would probably be bored with their own life story, having lived it.

I decided to submit a proposal to give a talk at Codeland because I decided that my story was worth telling. As an asylee, this is a crucial time to speak up for the voiceless. As a member of several minority groups, I knew my story could resonate with lots of people, and possibly spur action. I won't rehash my talk, but I will update this post once the talks are released.

I sent in my talk proposal, which was basically a timeline of my immigration and tech journey and how they affected and influenced each other. The talk was accepted and then I worked with Saron in getting the talk and slides organized. This was the most important step, and Saron was very thorough and direct in her critiques, which I appreciated. I made lots of notes and redid the slides about 5 times until I was satisfied with the content and organization. I would take breaks at work and walk around the park reading the talk to myself, possibly looking like a crazy person.

The Codeland Experience was amazing. I fell in love with New York. The audience was so receptive to my talk, the response was was quite overwhelming. I definitely encourage Codeland to new speakers, as you won't find a more receptive and supportive audience. 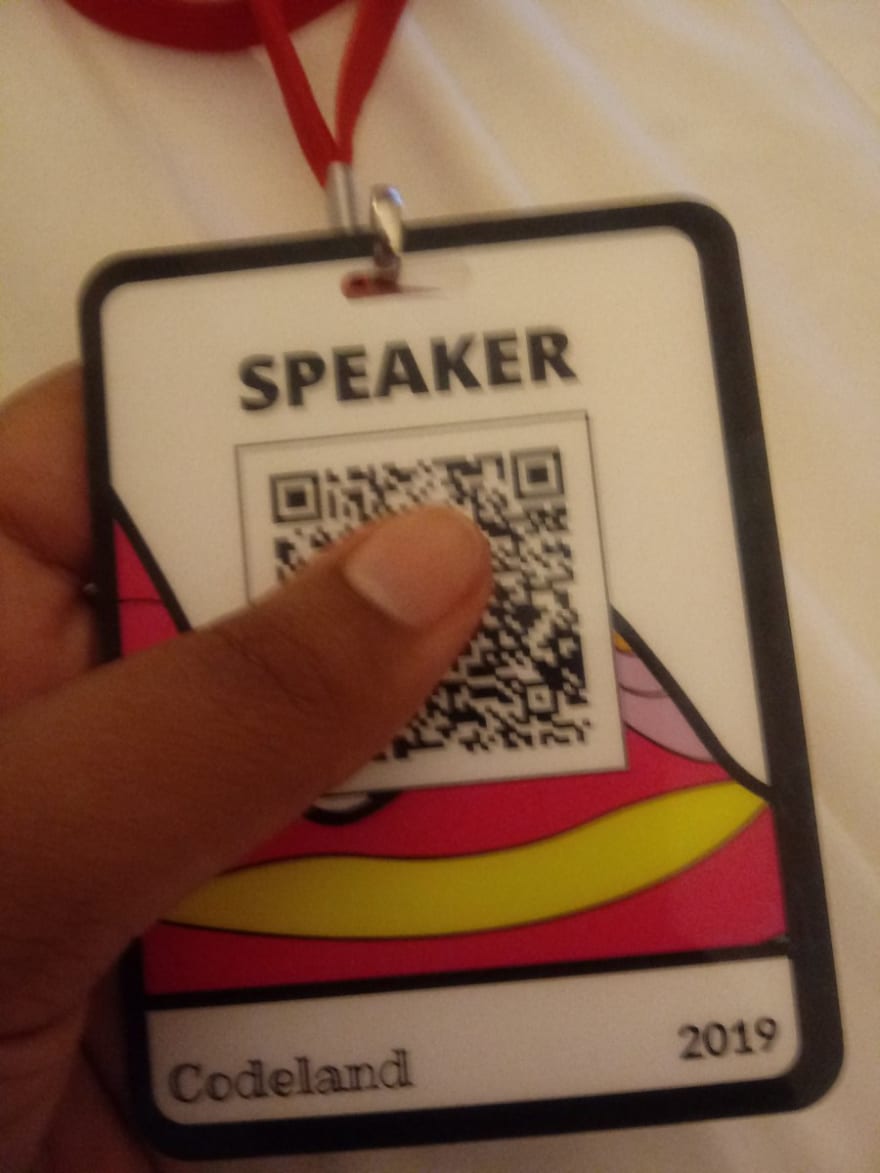 I really couldnt have chosen a better conference to give my first talk to. I had no idea my story would resonate the way it did. Thanks to @saronyitbarek for ellevating my voice. Hope everyone who heard my talk is inspired to move forward in their coding & life journey.

The CodeNewbie community is a rather unique one in the world of tech. It is possibly one of the only tech conferences you can attend where you will see so many people of color. Black women in particular account for less than 2% of the tech community so an image like the one below is quite a treasure:

Why Should You Apply to Speak at Codeland?

Your voice matters. Your story matters, and you don't know who you might inspire by simply sharing it. Being a developer isn't just about writing code (it can be, if you choose to make it so) but it can be so much more than that. Speaking, writing, developing content allows you to enrich the community, and allows you to grow as a developer and a human

Branching and working with remotes in git

How to hire a software developer: types of technical assessment