If children were asked to invent money for themselves, how would they do it?

Imagine that you’re back in kindergarten and this is the situation; each child may own one or more crayons, or own none at all. The kids with crayons can give them out in exchange for other items of equivalent value. 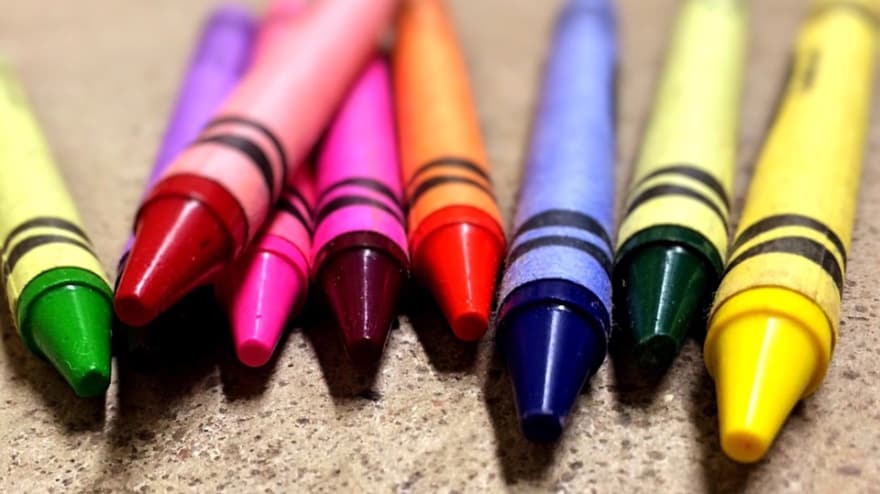 In the playground, some kids exchange their crayon for a pen, others do for a ruler or an eraser. More often, kids exchange crayons for money. It really depends on what is agreed upon at the time of the transaction. One thing remains constant though; a piece of crayon is an asset.

For a transaction to occur (“for example, let’s say Johnny wants to give Peter three crayons”), Johnny and Peter will go together to the teacher and inform her so she has it documented in the central register. Miss Juliet ( the teacher ) documents all transactions to prevent future troubles among the pupils.

During the transaction between Johnny and Peter, Miss Juliet ensured that Johnny actually has three crayons to give to Peter. Immediately she verified this, she updated the central register to say that Johnny has three fewer crayons and Peter owns three more.

Although Miss Juliet does a good job, she isn't always accurate; sometimes it is difficult for her to focus because she is always busy processing school work. Occasionally, she doesn't write the proper number of crayons traded.

One day, after teaching hours, a group of fifteen smart kids who frowned upon Miss Juliet’s documenting process (due to obvious flaws and lack of speed), decided to make their own crayon transaction system ( yes, because crayon is very important ).

These pupils (including Johnny and Peter) came up with a method to trade crayons among one another and have no intermediary ( Miss Juliet ) whatsoever controlling the transaction flow.

Whenever two children want to transact crayons, they will have to inform everyone in the group (simply screaming for attention does the trick). The other kids in the group will quickly verify that pupil A has enough crayons to give pupil B.

Immediately this verification is done, every kid will take note of it by recording it in his/her own ledger (there will be no central ledger but each kid will have a separate ledger) and the transfer will be approved. This way, transactions will always be secure and accurate.

Lastly, for the pupils who do the work of verifying that a crayon transaction is valid; the parents (obviously the parents are the ones who buy the kids crayons in the first place) of the entire group will jointly issue a number of crayons to them as a reward for their efforts.

This is actually a good idea, think about it. The structure of this newly contrived system annihilates the need for an intermediary. Transactions will be very secure since each kid has his own ledger and updates it whenever a new transaction occurs. The best part is, the kids who tirelessly verify and seal transactions in their ledgers will be rewarded with more crayons!

If only such a system existed in real life but for transacting actual currency, right? Well, guess what? It already exists and it is called the blockchain technology.

The kindergarten story we started off with is merely an analogy to help us understand bitcoin and the blockchain without delving into technical details, let’s break it down one by one:

The intermediary (Miss Juliet) represents bodies like banks, the government, and accountants. In actual life, we have trusted these third parties for many years to coordinate transactions for us but they are obviously flawed and not very secure (if someone is able to hack into a bank’s central system, files could be corrupted).

The kids who verify transactions between two members of the group are analogous to miners in the blockchain; they are of high importance to the system.

Miners are the reason bitcoins are very secure. They are constantly using their computers to do thousands (or millions or less, it depends) of complex mathematics each second to ensure that the ledger is always correct. This way, it is impossible for a single miner or a group of miners to cheat the system in their favour; the entire thing wouldn’t add up!

For a transaction to be approved, all the ledgers within the system must tally and the miners must agree upon the mathematical result.

We already saw that to reward the efforts of the kids who verify transactions, they are given new crayons. Something similar happens in the blockchain; whenever a miner is able to solve the mathematics ( using a computer) and verify a transaction, the other miners confirm that his work is correct before they all document it into their ledgers. He/she is then rewarded with an amount of bitcoins.

When a miner receives bitcoins as a reward for hard work, new bitcoins are introduced into the blockchain.

The cryptocurrency paradigm presents humanity with endless possibilities, only the future will tell what we make out of it.

By the day, more people are finding the concept of bitcoins interesting, here are a few reasons:

These qualities, the attention, and security have translated to an increase in value for bitcoins over the years. While some people think that bitcoin and the blockchain technology will change the world for the better, others believe that the entire concept is just worthless. What do you think?

👻 What are Soulbound Tokens

What is Web5 and does it already exist?

Thanks for keeping DEV Community safe. Here is what you can do to flag jordanirabor: