A couple days ago an investor asked me how does a developer-facing startup "build their developer community"… so I decided to codify my thoughts into this blog post. It is something I hear all the time from founders and startups, "We really just need to create the developer community!". On its face this is a seemingly genuine and honest impulse, we all belong to communities we love, and we want to create one more for developers to belong to. At Twilio we often had the same impulse, and this conversation came up regularly. By following the impulse to create communities, too often companies end up making mistakes that lead to less community, not more.

Real community does not come easily

The number one fallacy of the " developer community" is that it is even possible to create it. The reality is a strong developer community around a brand or tool is a bi-product of being authentic and credible, not printing some hoodies, renting a venue and creating a day for "your" developers.

But let's just imagine you did rent a venue, print a banner and create the community event to rival all community events… let's call it Hooli Dreamcatchers: A developer community for Hooli developers. It was a great event, lots of cool swag, some great partner speakers, and hundreds of humans showed up. If a random pollster were to interview these humans the day after the Hooli Dreamcatchers event and ask them which communities they belonged to, what do you think they would say? My hunch is they would say they belong to a half dozen communities. That list may include a city, a neighborhood, a church, a local bar, a sports team, a school, a support group, a friends group, a game night and many other real communities in their life. I would bet 50% wouldn't say a single developer community. I doubt any of them would say a Hooli Dreamcatcher. 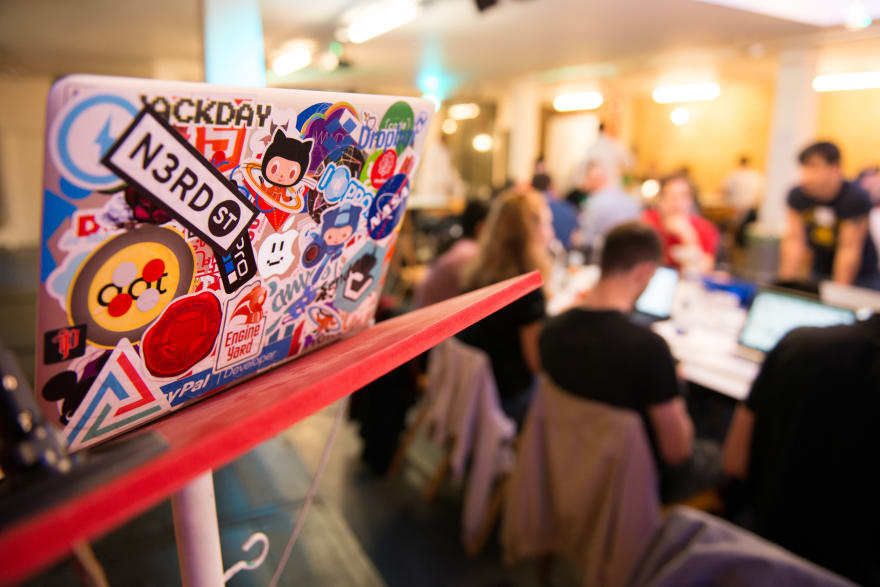 The other big reason to avoid creating a new developer community, is that there are already so many great communities, and like podcasts, we don't need any more corporate communities! The reality is, the impulse to join a community stems from a person wanting to connect with like-minded people, who have a shared purpose, it is this same organic chemical reaction that leads to developers creating communities. It is possible that there are two developers out there who are like-minded AND have the purpose of "becoming better developers" but if they want to create a community, get out of their way and let it happen.

There are so many great developer communities that exist today. There are groups who are trying to bring under-represented folks into the lucrative world of web development, there are groups who are working towards solving climate change, election-hacking and broken local governments. These groups could probably benefit from your company's resources. For smaller communities, go ask the organizers what could they use; sponsor dinner, send some credits, hang out, give them some swag or just contribute to their cause. For larger communities and conferences, look for ways to help the organizers improve their event. Make it more accessible, create a magical experience for their developers, or like Julian from Heroku recently did for CascadiaJS, donate some developer hours to their platform. I promise that if you do this enough, and with a genuine investment and interest, this will do more for your brand in the long run than any single-day rock-venue "community" event you ship.

If you are looking for some rad developer communities to support may I recommend these few (I'm sure people will leave more in the comments):

If these don't float your boat, look locally at the events happening in your city/state/province and if that doesn't work tweet at me and we can talk about a great community for your team or company to support. The most important thing is to show up, and do the work of serving these communities. It's not easy, but it's much more doable than creating a viral video, or in this case creating a (vibrant, non-tribalistic, welcoming, coherent, accessible, equitable, global) community… but if you still want to give it a try, please don't serve pizza.

Once suspended, jreyesdev will not be able to comment or publish posts until their suspension is removed.

Once unsuspended, jreyesdev will be able to comment and publish posts again.

Once unpublished, all posts by jreyesdev will become hidden and only accessible to themselves.

If jreyesdev is not suspended, they can still re-publish their posts from their dashboard.

Once unpublished, this post will become invisible to the public and only accessible to Jarod Reyes 👨🏻‍💻 #BlackLivesMatter.

Thanks for keeping DEV Community 👩‍💻👨‍💻 safe. Here is what you can do to flag jreyesdev:

Unflagging jreyesdev will restore default visibility to their posts.