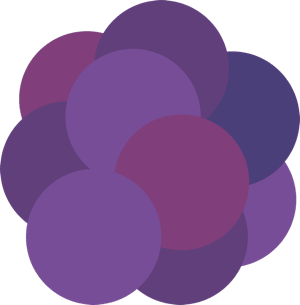 Marianberry was a project I started as a way for my wife and me to more easily practice NFP with the Creighton method. It's been a labor of love over the last 2 years as it was something I really believed in. For a variety of reasons outlined below, Marianberry will be shutting down for good January 31st, 2019. Thank you for using Marianberry. It's been fun.

To see why we're shutting down, and what it means for you please read on.

Why Are You Shutting Down?

The Pope Paul VI Institute has asked me to cease and desist my efforts on Marianberry, as it incorporates some of their work. Despite my efforts to work with them to make Creighton a better place, including offering to donate the Marianberry platform to their organization they seem intent on ensuring that Creighton never leverages the power of technology. It would be wrong of me to pretend as though this wasn't deeply frustrating for me; however, I'm sure that they have their user's best intentions at heart, albeit misguided from my perspective.

As Marianberry has grown over the years, there's been an increasing number of users with an increasing number of needs. Marianberry is really a team of just one person: me, and as such it's been increasingly difficult to give it the attention it deserves, as it's relegated to my free time, which is becoming less and less (especially now that I'm a Father 🎉). Moreover, it actually costs money to keep Marianberry running, which has been something my wife and I have been happy to do util now, however with the growing costs it's something we've discerned we no longer want to do.

What do I do Now?

Please make sure you download all your data from Marianberry before it shuts down. I will be archiving the data and keeping it stored for 6 months after Marianberry's shutdown to help anyone who wasn't notified of the shutdown in time to get their data.

As outlined above, I believe that the Pope Paul VI Institute will never allow for or provide a digital platform for their method, despite there being rumors or suggestions that it will happen. Their actions in this instance and numerous past instances support that in my opinion. As a result, I firmly believe that the Creighton Method as we know it now is going to be completely left behind in the next decade. My advice would be to change methods now, to a method which is going to provide such support. My recommendation would be FEMM (this is what my wife and I will be switching to). FEMM is based on solid research, is available on Android and iOS, and is, more importantly a company which I strongly believe is ethical, pro-family, pro-woman, and pro-life.

Kubernetes Monitoring: Strategy, Best Practices, and Tools to Use

Jacob
How do you safely share passwords?
#discuss #security #productivity #webdev
The Burn-Out Feeling.
#beginners #motivation #programming #productivity
What was your win this week?
#discuss #weeklyretro

Once suspended, jspizziri will not be able to comment or publish posts until their suspension is removed.

Once unsuspended, jspizziri will be able to comment and publish posts again.

Once unpublished, all posts by jspizziri will become hidden and only accessible to themselves.

If jspizziri is not suspended, they can still re-publish their posts from their dashboard.

Once unpublished, this post will become invisible to the public and only accessible to Jacob.

Thanks for keeping DEV Community safe. Here is what you can do to flag jspizziri:

Unflagging jspizziri will restore default visibility to their posts.