This design method was originally documented with game development in mind but its goals and implementations are closely related to how SQL works. That is not to say object-oriented approaches are worse or obsolete, just a different method to look at the problem.

Let's demonstrate some differences between the two approaches with a project example.

You need to develop a new course enrollment application for a school. The application users are students and teachers, who are able to assign themselves to a course in their respective roles. Each course can only have one teacher and a limited number of spots for students.

I'll leave out the rest of the details as this is all we need to point out some differences in the approaches.

Using an object-oriented approach, one might start with an overarching class which encapsulates the capabilities of both teacher and student. For instance, a User class which denotes the children class' ability to interact with the system, as well as a Course class which will contain course data and methods. Next, we might create the Teacher and Student class which inherits as well as overrides some methods in the User class.

On the other hand, a data-oriented approach would refactor the IsEnrolledInCourse() function outside of the Teacher and Student classes. In fact, any functions which mutate or checks the state in any of the classes above would be refactored out (so it does not matter if the IsEnrolledInCourse() logic was in the Course class). Now let's see how the refactored code looks first, then I'll explain why we would choose to do this.

If you haven't used SQL, this also happens to resemble how SQL organizes records of data (tables)!

I hope this gave you new perspective on how programming can be approached and that object-oriented design pattern is not the perfect solution everytime. For those who prefer functional programming, this might just seem all too familiar because the focus is to separate functionality from data, but this details how data should be organized and accessed.

This concludes the introduction to relational databases at a high level and in the next post I will be going over how we can visually describe data-oriented design using entity relationship models.

If you made it this far, let me know in the comments how you feel about data-oriented design and SQL. Are you a beginner and looking to get into databases? Or do you deploy databases at scale and feel I'm totally wrong? Let me know!

I was inspired to write this after reading Tyler's post on object relational mapping (ORM) libraries, check it out! 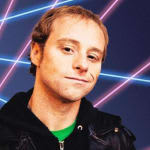 VS Code on my Phone (How I did it)

Building a Telegram Bot with Python and Fauna

Justin Ho
I like to tinker and (mostly) break things, either software or hardware! I value human connections in the age of software and am interested in automation. Feel free to connect with me!
How To Use The Map Object In Javascript For Filtering API Results 🗺️
#beginners #codenewbie #javascript #datastructure
Top CLI Programs Which Finally Solved My Fear Of The Terminal ⌨️
#beginners #linux #codenewbie #terminal
I Tested These GitHub Apps So You Don't Have To
#github #codenewbie #automation #beginners