Is there a computer science topic more terrifying than Big O notation? Don’t let the name scare you, Big O notation is not a big deal. It’s very easy to understand and you don’t need to be a math whiz to do so. In this tutorial, you’ll learn the fundamentals of Big O logarithmic time complexity with examples in JavaScript.

This is the fourth in a series on Big O notation. If you want to stay in the loop, sign up for my weekly newsletter, The Solution.

What Problem(s) Does Big O Solve?

If you’re just joining us, you will want to start with that article, What is Big O Notation?

How Does Big O Work?

We need to know just how poorly our algorithm will perform so we can evaluate other solutions.

The worst-case scenario is also known as the upper bound. When we say upper bound, we mean the maximum number of operations performed by an algorithm.

It lists common orders by rate of growth, from fastest to slowest.

What is a logarithm?

Logarithms allow us to reverse engineer a power. (Like Kryptonite!) They are the inverse operation of exponentiation.

We can think of logarithms as the opposite operation of exponentiation. Remember this analogy format from standardized tests?

We can say, “Addition is to subtraction as exponentiation is to logarithm.”

We can also say, “Multiplication is to division as exponentiation is to logarithm.”

With quadratic time complexity, we learned that n * n is n^2.

What if we were given this problem?

How would you describe this problem?

We could also say, “How many 2’s do we need to multiply together to get 8?”

The notation for the equation is:

Where 2 is the base, 8 is the argument and y is the exponent, or power.

We could describe the product as, “The base 2 logarithm of 8 is 3.”

What do we mean by base?

“In exponentiation, the base is the number b in an expression of the form b^n.”

The three most common bases in regards to logarithms are:

In digital electronics and computer science, we (almost always) use base-2, or binary numeral system.

Unless you were born with six fingers on each hand, you count in base-10, or the decimal numeral system.

If you really want to nerd out, you can read up on e, or Euler’s constant: the unique number whose natural logarithm is equal to one.

☝️ Logarithms are not square roots.

Small difference here, but what if our argument increased?

What if we chart a logarithm? 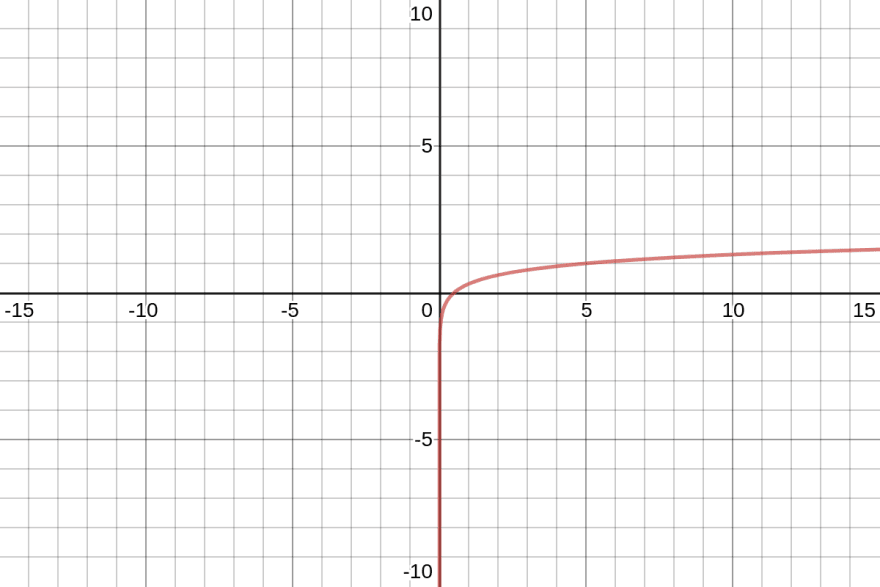 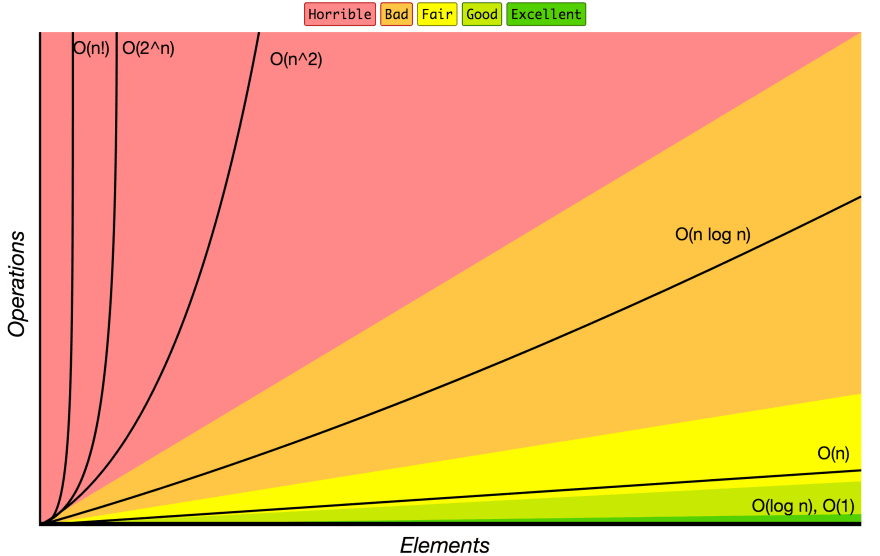 As we can see, logarithmic time complexity is very good!

What if the problem was, “How many 3s, multiplied together, does it take to get 8?”

If you imagined calculating that number by hand is a tedious process, you’d be right.

That’s why we invented slide rulers and fancy calculators.

Lucky for us, we don’t need to calculate the exact log of a function.

With Big O, we abstract away the details.

We’re not concerned with the specific implementation of our algorithm.

We’re interested in the order of our algorithm so we can make comparisons and evaluate alternative solutions.

We consider the base of our log a constant, so we drop it, and simply use the following notation:

The classic example used to illustrate O(log n) is binary search. Binary search is an algorithm that finds the location of an argument in a sorted series by dividing the input in half with each iteration.

Let’s say we are given the following array and asked to find the position of the number 512:

First, let’s review the brute force solution to this problem.

What’s the Big O of bruteSearch()?

To find num, we need to check every item in our array, so the time complexity is linear.

Can we do better?

What’s happening in this function?

In the first iteration of our while loop, we create a pivot at the median of our array. We then check num against the value at the array indexed by pivot.

If pivot is equal to num, we return.

If the value of arr[pivot] is less than num, we don’t need to check any of the elements below our pivot in the next iteration.

We just halved our input!

If the value of array[pivot] is greater than num, we don’t need to check any of the elements above our pivot in the next iteration.

In the next iteration, we create a new pivot at the median between our adjusted startIndex and endIndex, and again check the value of arr[pivot] against the value of num.

In the example above, we again halve our input.

What’s half of half?

In the third iteration, we halve the input again: n / 8

In the final iteration, we find our number. There’s also nothing left to halve at that point.

What do you notice about the sequence in the # elements column?

We divide it, more or less, by two, until we reach zero.

What do you notice about the sequence in the n column?

By dividing our input with each iteration, we are inversing an exponent.

📝 When you see this pattern where the input is divided with each iteration, it’s O(log n).

In this tutorial, you learned the fundamentals of Big O logarithmic time complexity with examples in JavaScript. Stay tuned for part five of this series on Big O notation where we’ll look at O(n log n), or log linear time complexity. If you want to stay in the loop, sign up for my weekly newsletter, The Solution.