In this article, we will see some key points of React Server Components.

React Server Components are an experimental feature and not for production use.

The server component is rendered into a special format

As we know Server-Side Rendering (SSR) Framework like NEXT.js will generate static HTML in build time or on each client request but in the case of React server component, it is different.

As we see in the demo app, the server component is rendered in a special format which can be read by the client. We can see the special format in the below image

Now, this the buzz word in react community, What is it? Let see

It also adds the advantage of not loading large libraries to the client browser.

In the below screenshots, we can see how server components bring advantage for zero bundle size. 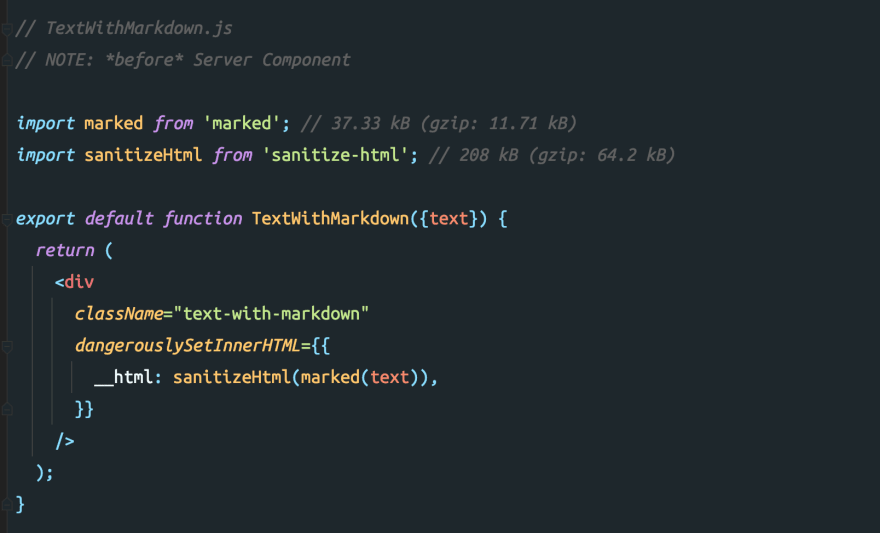 The above code is the client component, which imports the marked and sanitize-html dependencies, Which are in large size, those also download to client browser which slows the app loading and also waste the network bandwidth.

Server component solves this problem as we see below, the existing component is updated as a server component, so the user viewable code only sent to the client in a special format without marked and sanitize-html dependency code, so this reduces the app bundle size and avoids unwanted code downloaded to the client browser. 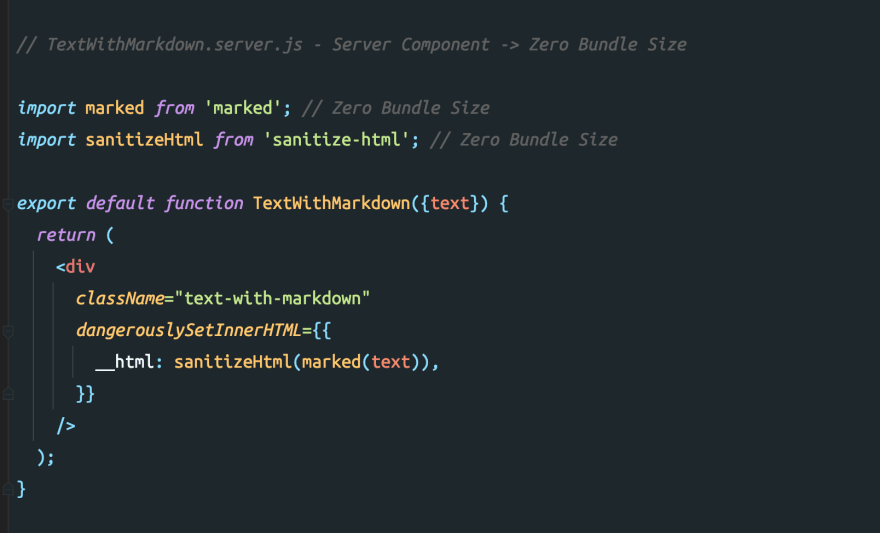 We can move non-user intractable code to the server components to Improve the app performance.

As we see the app runs on the backend server, it has access to the database, so it makes it easy to use SQL to query data.

As we can see a select query added directly in the NoteList.server.js component in the demo app 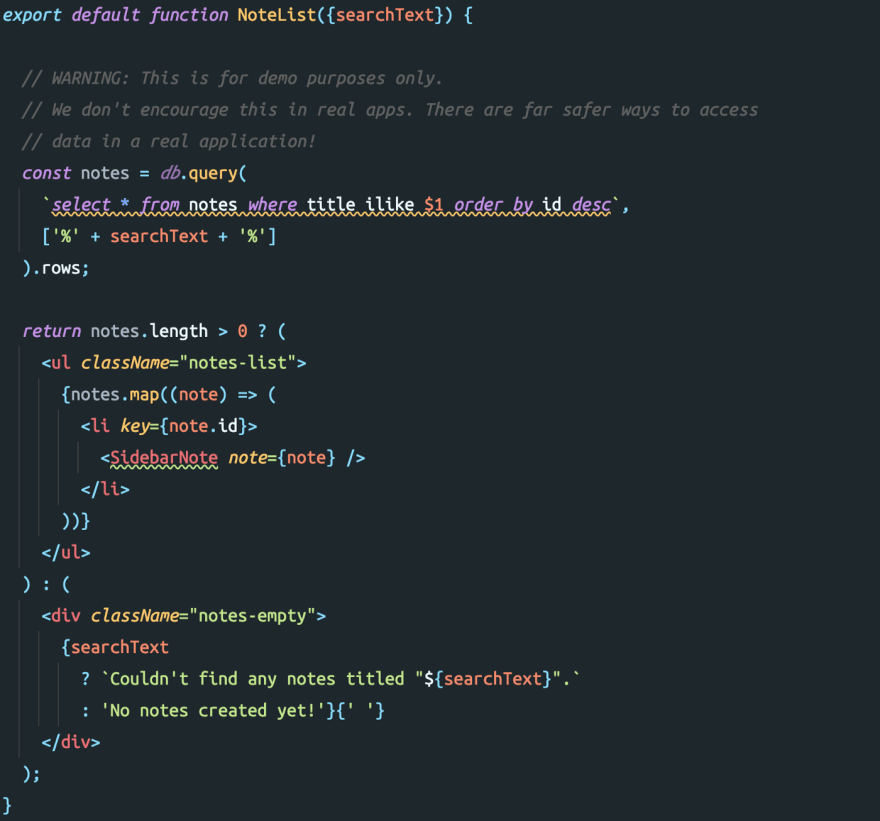 This also denotes that the usage of Redux or Relay will be reduced, as the state management system is mostly used for remote data management.

React also ship some other packages like react-fetch and react-fs. 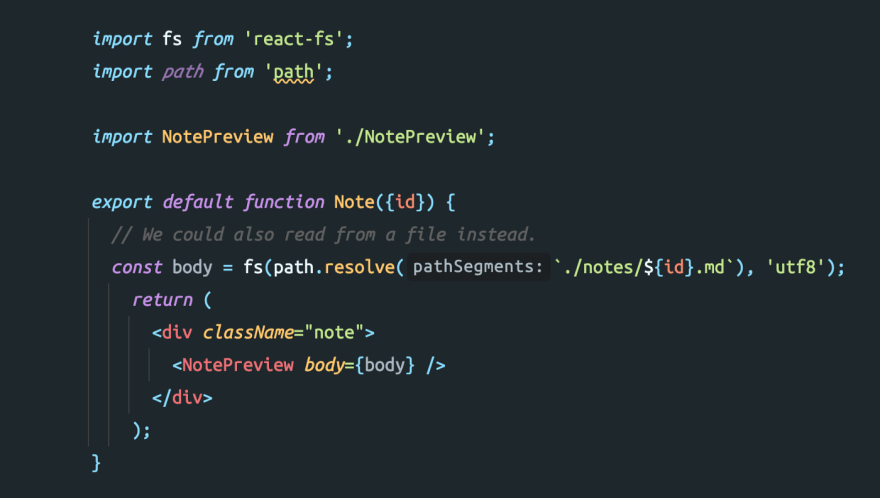 Server components let you only load the code that is necessary, And the major advantages are Zero bundle size and Backend access.

Need to learn more? Feel free to connect on Twitter :)