If you Google the term "Javascript", billions of search results pop up. That's how popular it is. Almost all modern web applications use Javascript. As a JS developer, you have a plethora of options when it comes to frameworks, be it React, Node, Vue or anything else. Amidst this vast sea of frameworks, we often tend to forget about our good old friend, Vanilla JS, the purest form of Javascript out there. 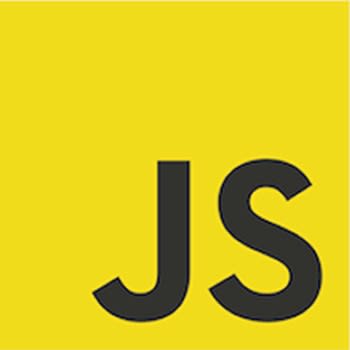 So, we have been thinking of making a project that would include the basics of Vanilla JS in a fun and unique way, and what better way than to make the classic Snake Game using nothing but plain and simple JS. So let's get right into it.

There are no prerequisites for this project as long as you have the will to learn on the go. However, a bit of programming knowledge won't hurt, right?

The article is going to be a long one since we will be covering all aspects of the project. Hence, the entire project has been divided into the following sections for clarity and ease of understanding:

What we'll be making 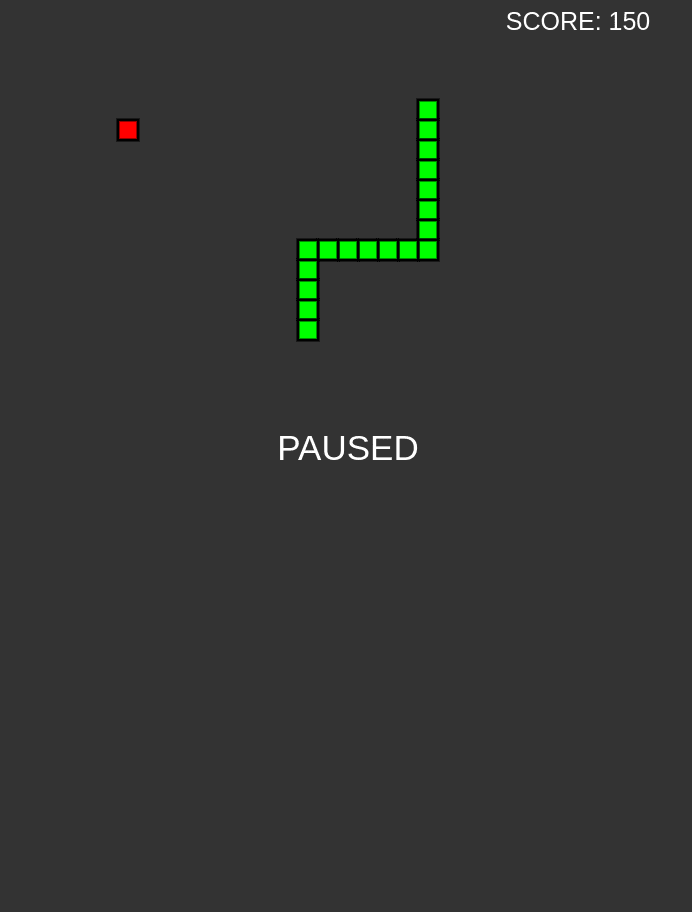 Before we dive into the code, we need to formulate what exactly we are going to build. We need to build a snake, that would be represented by a head and a tail, composed of many segments. We also need to spawn some food on a random location on the screen, for the snake to eat it and grow in length. We will keep track of the score of the player and also add functionality for pausing the game.

Create a separate folder for the game. Inside the folder create two files, namely index.html and game.js. The index.html file will contain the normal HTML boilerplate code along with a very special element, the canvas, where our game would come to life.

The HTML canvas tag is used to draw graphics using Javascript. It has in-built functions for drawing simple shapes like arcs, rectangles, lines. It can also display text and images. We use the script tag to add a reference to the game.js file, which will dictate the logic of the game.

Before we proceed, we need to add a style tag within the head tag of the HTML file as follows:

To override the default settings on the browser elements, we write a custom CSS style for the page and set the margin and padding to zero. The border-box property takes into account the borders added to elements and fits it within the confines of the elements. The overflow property is set to hidden to disable and hide scrollbars on the browser. Lastly, we set the background colour of the canvas for our game.

Here's where we get to the game.js file. Firstly, we need to declare a few global variables for reference during the entire game. These variables represent certain properties that will control the behaviour of the game. We will be initializing these properties through a function called init. A function is equivalent to performing a certain job through the execution of a few statements, the job here being the initialization of variables.

Initially add the following code to the game.js file:

The tileSize variable is an essential element of the game. It is the dimension of a fundamental unit on screen. To achieve perfect alignment of the snake and the food, we are dividing the entire screen into grids, each of whose dimensions correspond to tileSize. That is also the reason why we're approximating the width and height of the canvas to the nearest multiple of tileSize.

We need a reference to the food, that the snake will eat. We are going to think of it as an object with certain properties and behaviour, pretty similar to real-world objects. To achieve this, we will dabble into some basic OOP(Object Oriented Programming).

We will be creating a class called Food as follows:

A class in JS consists of a constructor method, that is responsible for initializing the properties of the objects based on it and some member functions, that define its behaviour.

Here we are using a parameterized constructor to supply the food object with a position and a colour. The position pos in turn has properties x and y to specify the X and Y coordinates on the canvas. The this keyword is used to refer to the current instance(or object) of the class, i.e. we are referring to the properties of the object currently under consideration. It will be more clear when we create the object.

The member function being used here is draw, which is responsible for drawing the food onto the canvas. The draw function can hold any piece of code that draws the food on the canvas but for the sake of simplicity, we will be representing the food by a red coloured square with a position of x and y and a width and height of tileSize. All the code written inside the function is responsible for doing exactly that, drawing a red square on the canvas.

Finally, we need to add a food object to the list of global variables and create a food object inside the init function as follows:

You might be wondering what spawnLocation is. It is a function that returns a random position on the canvas for the food to be spawned. The code goes as follows:

The snake is probably the most important aspect of the game. Similar to the food object which is based on the Food class, we will be creating a class called Snake which would comprise the properties and behaviour of the snake. The Snake class goes as follows:

This class contains a lot in terms of code, so I'll go one by one through the methods.

Firstly, we have the parameterized constructor, which initializes the X and Y coordinates of the head of the snake in variables x and y, the colour of the snake in color, and the velocity in the X and Y directions, specified by velX and velY. We also have a tail variable, which is a list of objects that stores reference to the segments of the tail. The tail is initially set to have two segments, with the X and Y coordinates specified by its own x and y properties.

Now, we set our focus on the different member methods of the class:

We need to do one final thing for the snake. We will declare a snake object under the list of global variables as follows:

and initialize it inside the init function as follows:

Before we go any further, we need to define a function that would be responsible for running the game. So let's define it as follows:

Inside this function, we make a call to the init function, which only takes care of the initialization of global variables. What about drawing the objects on the canvas and running the game continuously? This is where the game loop comes in.

The game loop or the logic which will be repeatedly executed is to be written inside a function, namely update. The update function is defined as follows:

The update function will take care of updating the game logic every frame, i.e. draw the snake, the food and move the snake. It will also check if the snake has eaten some food or if it has died. If the snake dies, we will be reloading the game, as depicted by the logic.

Now we are left with the task of repeatedly calling the update function after some specific interval of time. Before anything else, we need to talk about FPS or Frames Per Second. Loosely defined, it refers to the number of times a game screen is rendered per second. The traditional Snake Game has a low frame rate, around 10 FPS, which we will be adhering to.

We define a variable called fps under the global variables list and initialize it as 10 in the init function.

Then we update the code inside the game function as follows:

The setInterval function periodically calls a certain function after a specified number of milliseconds. We store this reference in a variable called interval.

Finally, when the snake dies, we need to get rid of this interval by calling the clearInterval function as follows:

Thus, our game loop is ready and good to go.

Now that we have our game loop ready, we need to have a system to calculate the player's score and also provide functionality for pausing the game.

We will define two global variables score and isPaused and initialize them inside the init function as follows:

We'll then define two functions for showing the score and status of the game on the canvas as follows:

We'll add the following code to the beginning of the update function:

and call the showScore function at the end of update as follows:

Inside the update function under snake.eat add:

The players need to be able to interact with the game. For this purpose, we will need to add event listeners to the code. These listeners will have callback functions that will look for keypresses and execute code to control the game as follows:

The dir function in the above code specifies the direction of movement of the snake. We devise the following convention;
upward and downward movements correspond to -1 and 1 respectively for the Y velocity and moving left and right is represented by -1 and 1 respectively for the X velocity. The evt.key property conveys the name of the key being pressed, to the listener. Thus, we can now control the snake using the arrow keys and pause the game using the spacebar key.

Now that everything is in place, we will add the final piece of functionality to our code. We will load the game as soon as the HTML document is loaded on the browser. For this purpose, we will add another event listener that will check if the document has been loaded or not. The code goes as follows:

And lo! Our game should be up and running when we launch the index.html file on the browser.

A remake of the classic Snake Game using HTML and Vanilla JS.

The updated branch of the repository contains a few more additions to the code to make the game more beautiful, robust and smoother. We have also added a few checks to avoid unforeseen bugs.

You can play the game here.

Also, don't forget to drop a like and comment below if you are interested in learning more about game development using Javascript. You can freely raise doubts and suggest improvements.

Until then,
Stay Safe and May The Source Be With You!

Morphdom and MVU, don't overlook this !

Algorithmic Survival in the Metaverse

Once unpublished, this post will become invisible to the public and only accessible to Souparno Paul.

Thanks for keeping DEV Community 👩‍💻👨‍💻 safe. Here is what you can do to flag nitdgplug:

Unflagging nitdgplug will restore default visibility to their posts.